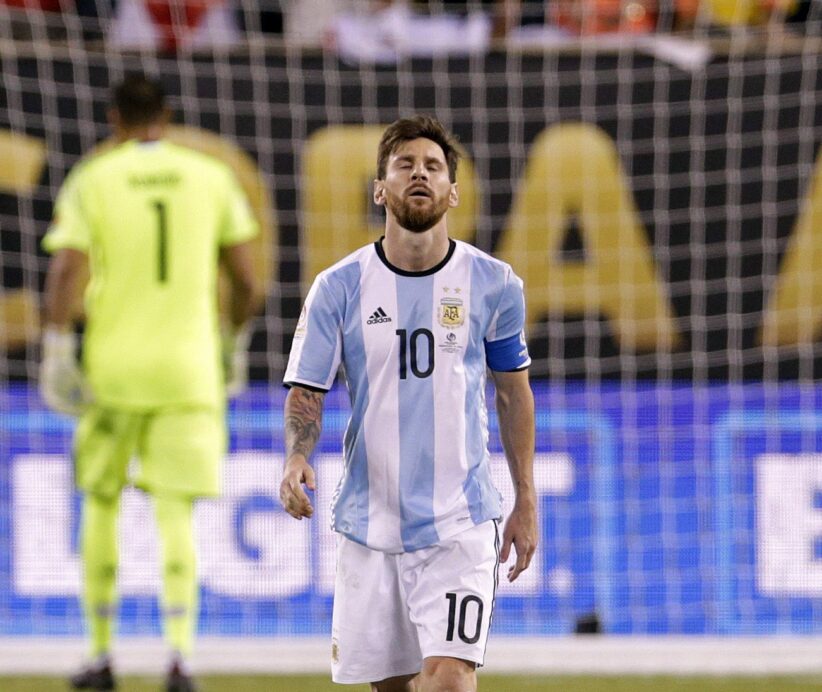 Lionel Messi has been given a hefty punishment for tax fraud, but it remains unlikely that the Barcelona star will serve any time behind bars.

Messi and his father, Jorge, were convicted of tax fraud on Wednesday. The two were each given a 21-month prison sentence, but Spanish law states that any sentence under two years can be suspended under Spanish law, making Messi unlikely to serve time in jail. Messi has also been fined six weeks’ wages, worth $2.2 million.

The Barcelona star was tried for utilizing several fake companies in Belize and Uruguay to hide 4.1 million euros ($4.53 million) between 2007 and 2009.

Both Messi and his father can appeal through the Supreme Court.

The conviction serves as the latest blow in what has been a difficult summer for the star forward, who was a part of the Argentinian squad that lost to Chile in the Copa America finals. Messi announced his international retirement shortly following the defeat.

What do you think of the latest Messi news?