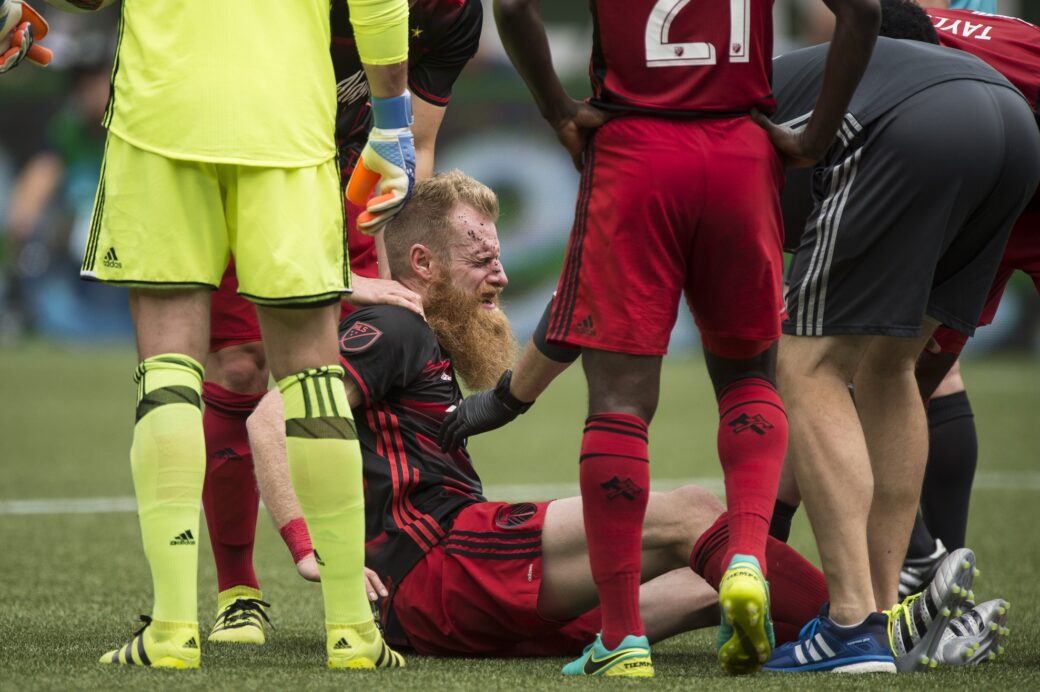 The defending MLS Cup champions have suffered a big hit defensively, while there has been confirmed interest in one of the league’s top strikers.

The Portland Timbers announced on Monday that defender Nat Borchers will undergo surgery to repair a ruptured Achilles tendon after leaving Saturday’s 2-1 loss against the LA Galaxy prior to halftime. There is no timetable as to when the centerback will return. (REPORT)

Sporting KC head coach Peter Vermes has said that there is an offer on the table for striker Dom Dwyer, however, the team won’t pursue a transfer at this time given the structure of the proposed deal. (REPORT)

The Montreal Impact have signed Argentine midfielder Hernan Bernardello, who previously spent time with the Canadian side in 2013 and 2014. The 29-year-old recently played for Spanish second-division club Deportivo Alavés, who gained promotion to La Liga this past season. (REPORT)