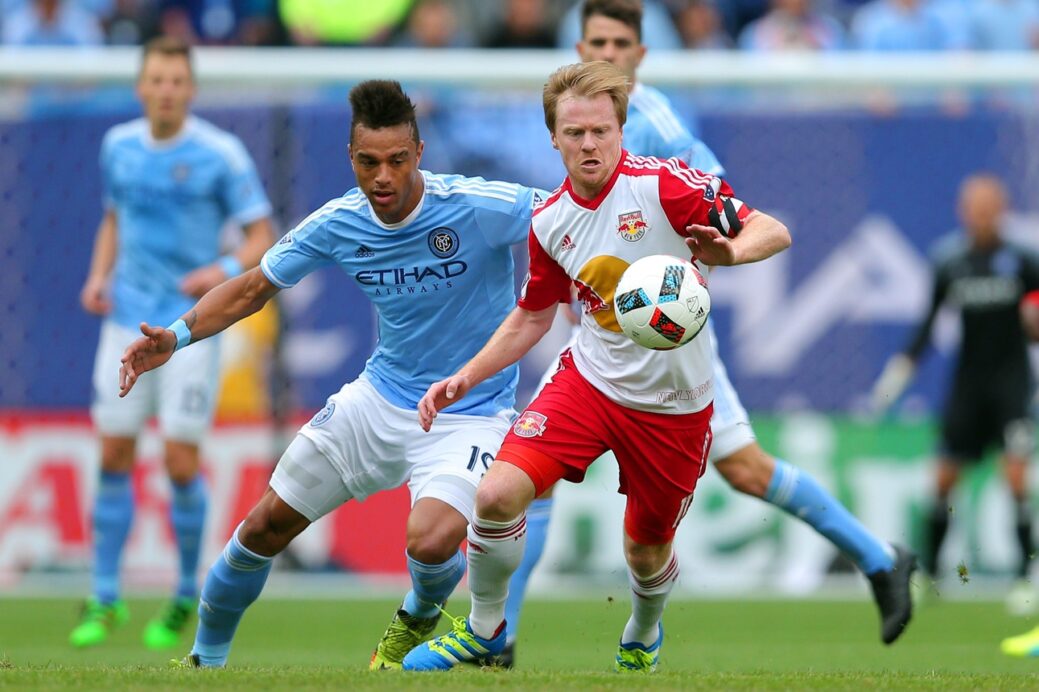 Rivalries are what have made MLS so exciting over recent years, and one of the league’s youngest derbies will take shape for the fifth time on Sunday afternoon when New York City FC hosts the New York Red Bulls at Yankee Stadium.

While both clubs come into the clash sitting inside the top three in the Eastern Conference, NYCFC’s brutal defeat earlier this season against the Red Bulls will give Patrick Vieira’s group a lot to think about. In just four previous meetings, the Red Bulls not only won every match, but they’ve done so by outscoring the Bronx side, 14-2.

Elsewhere, the Eastern Conference-leading Philadelphia Union will meet Western Conference bottom feeders Houston Dynamo, the Montreal Impact will take on the New England Revolution and the Colorado Rapids will host the Portland Timbers.

Here is a rundown of the Week 17 slate:

As the second half of the season starts for several teams this weekend, the Chicago Fire look to begin its climb out of the Eastern Conference basement against the Earthquakes.

With a flurry of injuries, including midfielder Matt Polster, the Fire will have to overcome the Earthquakes without several key players. The Earthquakes are undergoing similar injury woes at the most as well, including five defensive figures listed on the injury report.

The return of Chris Wondolowski up front, though, will serve as a major boost for an Earthquakes attack that struggled to find goals in his absence.

After playing one of the most exciting matches in 2015, which saw D.C. come out on top, 6-4, the two teams meet on Friday both very much in contention in their respective conferences.

D.C. has been one of the league’s most stout defenses thus far in 2016, however, goals haven’t come as easy as they would like. The fifth-place side in the East have posted just 16 goals in as many matches, ranking ninth in the conference.

Very few people projected Jeff Cassar’s RSL to be in the position they are currently in, but the team has done so behind a brilliant home record (5-0-1). With a healthy squad, RSL can look to pick up where they left off over the second half of the season, with Kyle Beckerman now back in the midfield.

Unbeaten in their last three matches, the Impact will look to continue their attacking brilliance on Saturday against the Revolution, who have begun to see a bit more consistency since the trade for Kei Kamara.

The Revs’ struggles defensively have continued, though, conceding 28 goals in 16 matches, which ranks fourth-worst in MLS. Jay Heaps’ backline will have no easy task, as they attempt to contain Ignacio Piatti and Didier Drogba.

One of the more disappointing stories of 2016, the Sounders have struggled consistently throughout the season. Sigi Schmid’s team will hope that the return of Clint Dempsey will give the squad’s attack a boost, though.

The Sounders have managed just 13 goals on the season, with rookie Jordan Morris leading the charge with five finishes.

TFC has had its own difficulties in the scoring department, despite the team’s revamped backline performing at a high level through 15 games. Sebastian Giovinco’s eight goals have nearly accounted for half of the team’s production, but the Italian will need to continue that superb pace over the second half of 2016 in order to keep TFC in the playoff picture until Jozy Altidore’s return.

The East-leading Union have hit a bit of a rough patch, losing two of three. Jim Curtin and co. are coming off of an important U.S. Open Cup win against the Red Bulls, but the Dynamo have looked more confident since Wade Barrett took over for Owen Coyle.

The Dynamo knocked out Sporting KC in the Open Cup midweek, and now turn its attention to gaining their first MLS win under Barrett.

NYCFC has arguably its best chance to get its first win against the Red Bulls, with the former winless in its last three games across all competitions.

The inclusions of Frank Lampard and Jack Harrison have given NYCFC another dimension in the team’s attack, but they’ll have to continue to perform at a high level on Sunday. Meanwhile, David Villa will look to add to his 11 goals against a solid Red Bulls backline.

The Red Bulls have faced adversity many times before, however, they’ll likely face their strongest test from NYCFC thus far, given the team’s recent form. Striker Bradley Wright-Phillips has netted six goals in four games against NYCFC, and more will be needed if the Red Bulls look to come out on top at Yankee Stadium.

The Crew snapped a four-match losing streak against Sporting KC last season, but Greg Berhalter’s team has had its share of struggles in 2016.

A recent draw against the Red Bulls will be a lift to a team that has had a hiccup in confidence, but they’ll be taking on an SKC side that has begin to find some rhythm.

Despite a loss to the Dynamo in the Open Cup, Sporting KC is unbeaten in three MLS matches. Dom Dywer and the team’s attack must pick up their production, though, having only totaled 18 goals in as many matches this season.

The Timbers are beginning their form, unbeaten in their last five MLS matches, but Monday’s test will be a very difficult one.

The Rapids haven’t lost since April, bringing the team’s unbeaten streak to 11 matches. Now, Tim Howard is set to enter the fold in net for the Rapids, adding another strong player into the mix of talent that Pablo Mastroeni has acquired.

Dallas boasts one of the league’s top attacks, led by Michael Barrios and Fabian Castillo, while Orlando features second-year striker Cyle Larin, who has eight goals to his name in 2016.

After starting off hot this season, the Galaxy are winless in seven straight matches. Meanwhile, the Whitecaps are coming off of an important road win against the Union, bringing Carl Robinson’s team up to fourth in the West.

With Gyasi Zardes and Robbie Keane returning to the Galaxy, the team’s attack should receive a lift, as the team looks to remain unbeaten at home in 2016.

The Whitecaps look to continue to get solid offensive production from Pedro Morales, Christian Bolanos and Kekuta Manneh, who have combined for 16 goals this season.