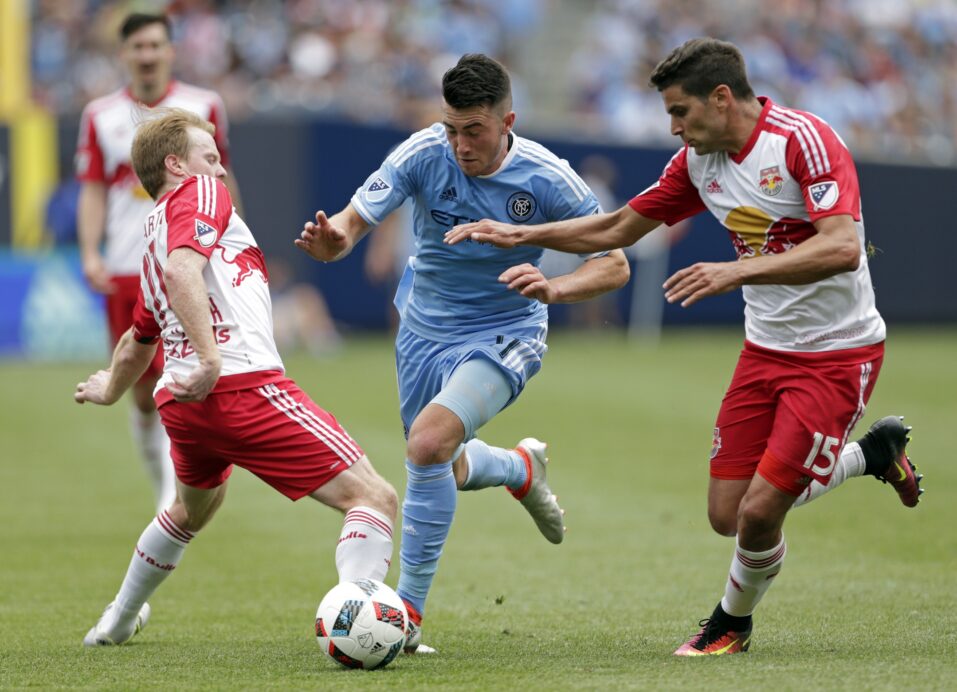 New York City FC picked up a massive win against rivals New York Red Bulls on Sunday, while FC Dallas moved atop the Western Conference after a dominating win over Orlando City. Here’s a closer look at all of this past weekend’s MLS action:

The Houston Dynamo picked up their first win since Wade Barrett took over as head coach, downing the Philadelphia Union, 1-0. (REPORT)

Jordan Morris netted his sixth goal of the season on Saturday, giving the Seattle Sounders an important 1-1 tie on the road against Toronto FC. (REPORT)

A dazzling comeback from the Montreal Impact, sparked by Michael Salazar’s brace, earned the team a 3-2 win against the New England Revolution. (REPORT)

Jack Harrison continued his strong start to his rookie season with a goal and an assist for New York City FC in the team’s 2-0 win against the New York Red Bulls on Sunday at Yankee Stadium. (REPORT)

Matt Besler notched a late winner for Sporting KC in his return from international duty, giving the home side a 3-2 win against Columbus Crew SC.

The Colorado Rapids and Portland Timbers played to a 0-0 tie in Tim Howard’s debut in goal on Monday. (REPORT)

Goals from Robbie Keane and Jeff Larentowicz pace the LA Galaxy in their 2-0 win against the Vancouver Whitecaps. (REPORT)

Which result surprised you the most? How long will the Rapids keep up their unbeaten run?