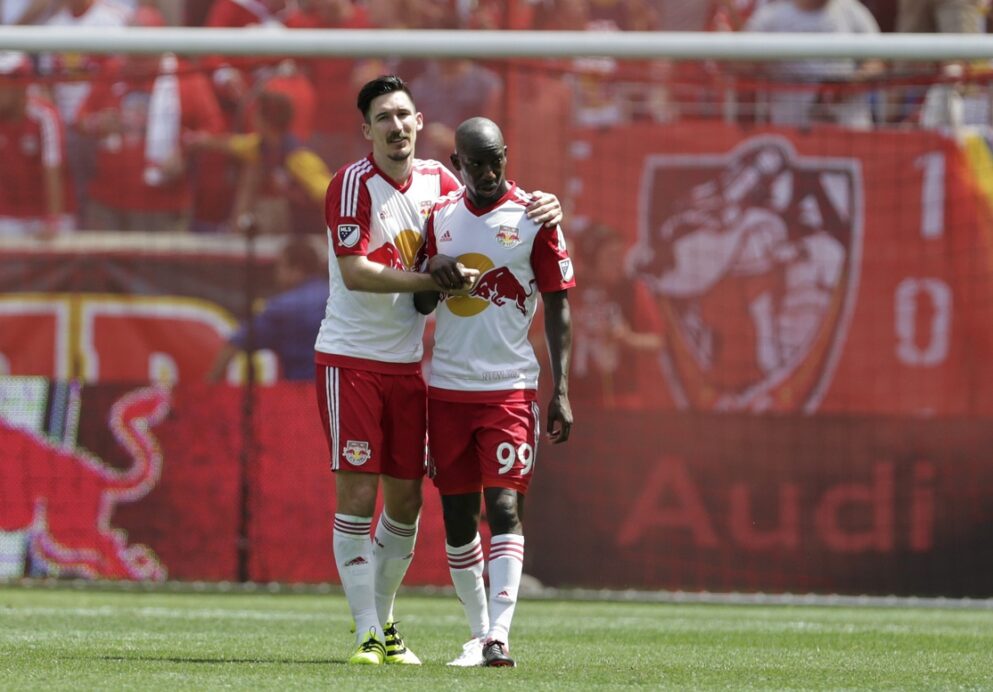 The New York Red Bulls secured a season series win against rivals New York City FC on Sunday, while the Colorado Rapids continued their improbable 15-match unbeaten streak against FC Dallas. Here’s a closer look at all of this past weekend’s MLS action:

First-half goals from Robbie Keane and Gyasi Zardes led the LA Galaxy to a 2-1 win against the Portland Timbers at Providence Park. (READ)

A pair of free kicks highlighted a Sebastian Giovinco hat-trick, as Toronto FC earned a 4-1 win over D.C. United on Saturday night. (READ)

The Houston Dynamo and Vancouver Whitecaps played to a scoreless tie on Saturday night. (READ)

Victor Ulloa’s late equalizer gave FC Dallas a share of the points in its 1-1 tie against the Colorado Rapids. (READ)

What did you think of this weekend’s MLS action? What impressed you the most? What was the most worrisome aspect of the weekend’s action?