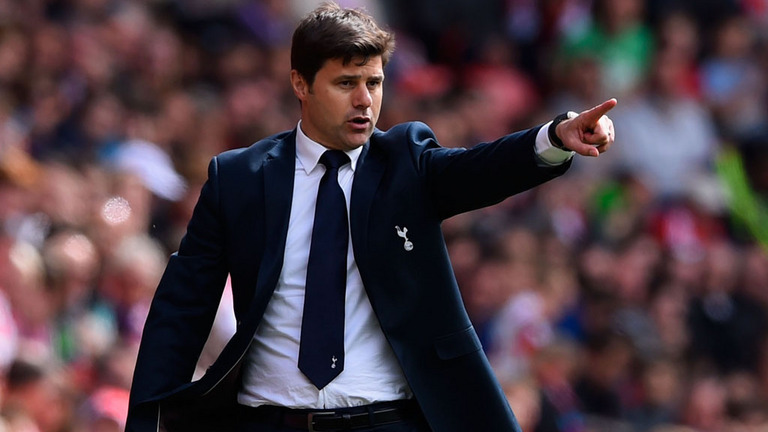 One of the Premier League’s most valued young coaches says he’s staying put, while a high-profile derby was cancelled due to bad weather conditions.

Tottenham head coach Mauricio Pochettino says “this is not the right moment” to take charge of the Argentine national team and that he is “very happy” coaching in England. (REPORT)

Manchester United’s match against Manchester City at the International Champions Cup was canceled on Monday due to poor field conditions in China. (REPORT)

Wayne Rooney has revealed that he would like to get into coaching once his professional playing career is over. (REPORT)

Wales midfielder Joe Allen will reportedly undergo a medical on Monday at Stoke City. The 26-year-old has played for Premier League side Liverpool since 2012. (REPORT)

Arsenal goalkeeper Wojciech Szczesny will reportedly return to Serie A side Roma next season on loan. (REPORT)

FC Dallas attacker Fabian Castillo is reportedly closing in on a move to Turkish side Trabzonspor. The 24-year-old did not travel with FC Dallas for Saturday night’s 1-1 tie against the Colorado Rapids. (REPORT)