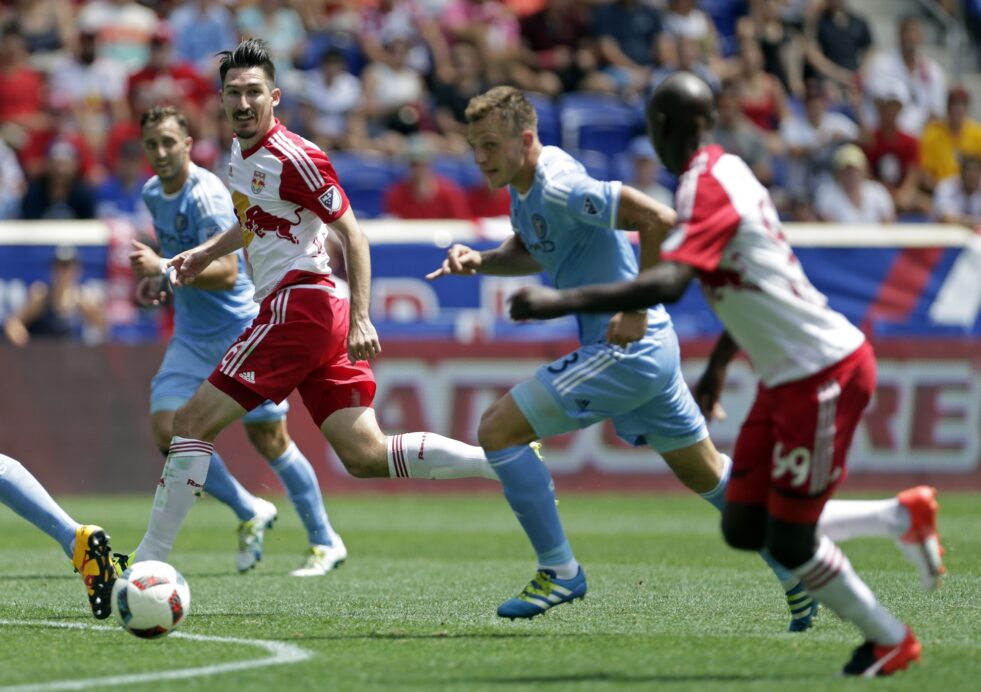 There’s no argument that there has been improvement on the end of New York City FC in the club’s second season in MLS, but an area that proved to be the team’s downfall a year ago seems to be plaguing the Bronx side again in 2016.

While NYCFC’s attack has consistently performed at a high level into the second half of the season, led by David Villa’s 13 goals and one assist, the backline has conceded a league-leading 39 goals in 22 matches, roughly 1.77 goals per game.

During the offseason, head coach Patrick Vieira inherited a group of defenders with little to no MLS experience. Veteran centerback Jason Hernandez has largely been called upon to hold down the fort defensively for the second straight season in the Bronx, but injuries and lack of chemistry have been cause for concern in front of goalkeeper Josh Saunders.

Key contributors from last season, such as Chris Wingert, who is now with Real Salt Lake, and Manchester City youngsters Shay Facey and Angelino didn’t return in 2016, leaving glaring holes at the back.

Costa Rican defender Ronald Matarrita has been a solid addition to NYCFC’s defensive unit, appearing in 16 matches and proving to be a major asset both in the attack as well, but his play has often been overshadowed by poor performances from MLS newcomer Fredrick Brillant, whose adjustment to life in MLS has been anything but smooth.

NYCFC’s most recent loss against rivals New York Red Bulls displayed the team’s deficiencies at the back once again, particularly at centerback, as the Eastern Conference leaders finished the match, a 4-1 defeat at Red Bull Arena, with four natural centerbacks occupying the defensive duties after RJ Allen left the game with an injury.

While Allen has been one of the team’s better defensive options as an outside back, NYCFC continues to seek out different solutions at the heart of their back four. The team has only kept five clean sheets as the season nears August, with three of those results coming against teams currently on the outside of the playoff picture.

The team recently added defensive reinforcement Maxime Chanot from Belgian side KV Kortrijk, however, the 26-year-old has yet to join the club as he continues to sort out visa paperwork that must be finalized. With Chanot’s primary position being a central defender, NYCFC will hope the Luxembourg international can provide Vieira with a reliable option on a weekly basis.

Chanot likely isn’t the only player the team will be exploring in an effort to improve the defense, but strong play from him would be a positive start. NYCFC has already shown this summer that they are willing to be flexible in the transfer market, moving Kwadwo Poku and Patrick Mullins to NASL side Miami FC and D.C. United, respectively.

At any rate, Vieira must find a way to give his backline more stability, whether that involves changing tactically to three defenders or reinserting Federico Bravo into the lineup as a holding midfielder. While veteran Andoni Iraola has shown flashes of quality as a defensive midfielder, the 34-year-old simply doesn’t have the pace needed to occupy the center of the park. That was shown against the Red Bulls, as Sacha Kljestan and Bradley Wright-Phillips were able to easily maneuver around Iraola and break into NYCFC’s last line of defense.