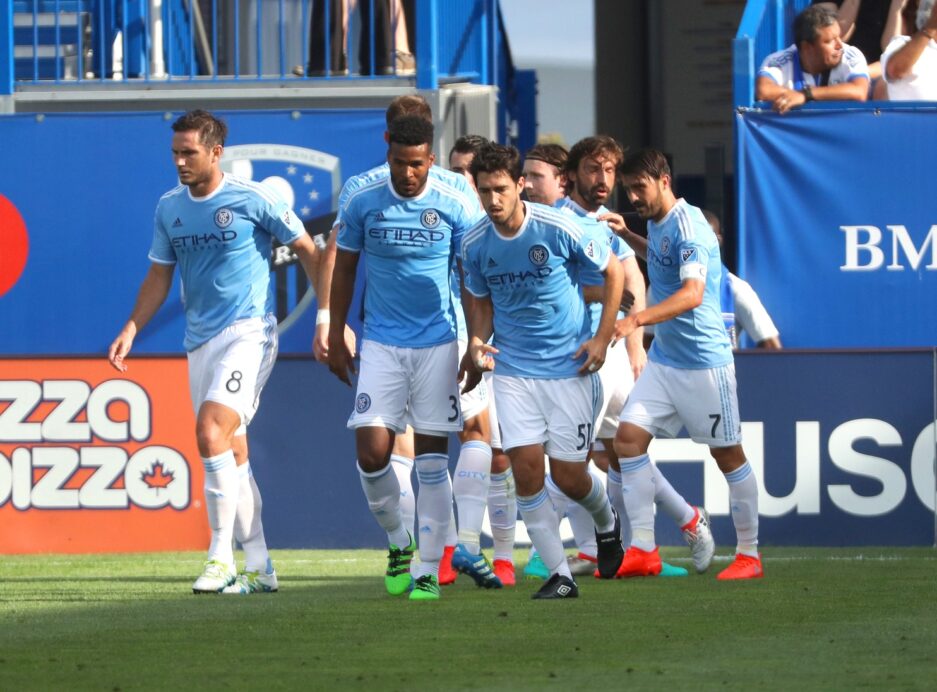 Without two of their biggest stars, the Montreal Impact weren’t able to pull out a result against the Eastern Conference leaders at Stade Saputo.

New York City FC picked up its sixth road win of the season on Sunday, after knocking off the Impact, 3-1, behind goals from David Villa, Jack Harrison and Frank Lampard.

NYCFC didn’t manage many chances during the first half, but Villa’s 35th minute opener gave the road side the advantage after a clever run into the Impact penalty area. Villa leads MLS with 13 finishes this season.

Harrison doubled the away side’s advantage in first-half stoppage time after a tremendous run into the Impact box. The rookie attacker twisted and turned against defender Ambroise Oyongo before cutting in on his left foot and unleashing a perfect curler into the far corner for the 2-0 lead.

Although the Impact built a bit of pressure down the stretch, NYCFC finished things off in the 85th minute when Frank Lampard tallied his fifth goal of the season.

With the home side struggling to find its way onto the scoreboard, Harry Shipp played a dangerous ball into the penalty area, which landed in the back of the net in the 55th minute.

Didier Drogba nearly leveled the match at a goal apiece with four minutes remaining in the first half, but NYCFC goalkeeper Josh Saunders was positioned well and punched away the swerving attempt for a corner kick.

After a sloppy start from the visitors, the Impact nearly found the lead inside of one minute when Drogba tested Saunders from close range.

The Impact will return home on Saturday night against the Philadelphia Union, while NYCFC travels to the New York Red Bulls the following afternoon.

David Villa continues to be the force that makes NYCFC’s attack go, and the Spaniard proved that again on Sunday after netting his 13th goal this season.

Not only was Jack Harrison’s finish the difference for NYCFC, but the young Englishman’s goal was nothing but classy after beating Ambroise Oyongo.

Goalkeeper Evan Bush didn’t play badly on the afternoon, but he and his Impact teammates will surely be frustrated with the result after only conceding three shots on net, both of which were goals.