Players that need to step up as MLS begins second half 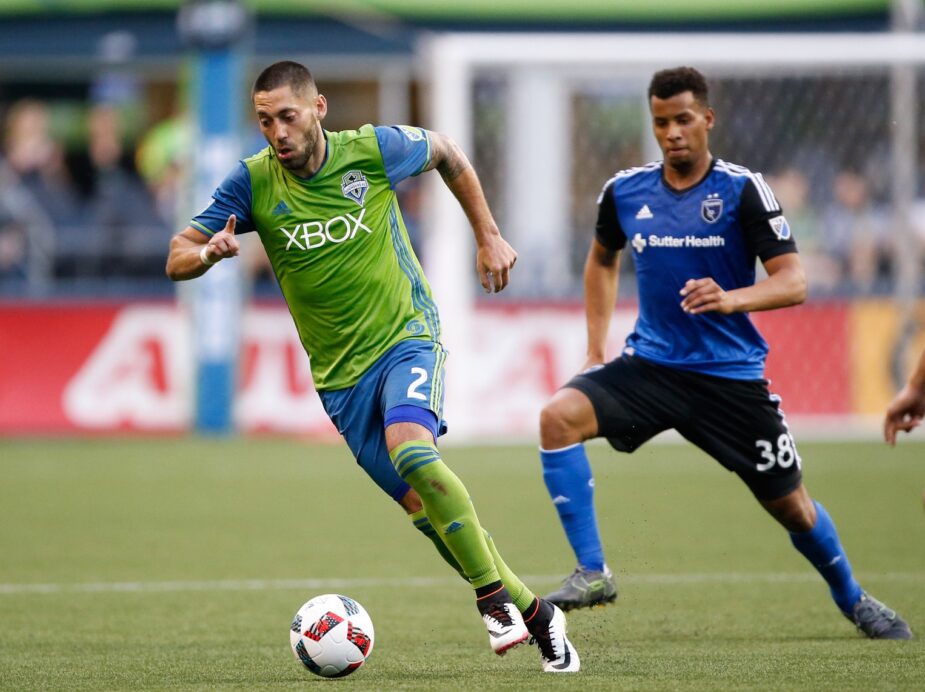 Several twists and turns have made for a dramatic opening half of the MLS season, including teams like the Colorado Rapids and New York City FC finding great success.

Striker David Villa has been on a rampage through 18 matches, netting 12 goals for NYCFC and giving the Bronx side the outright lead in the Eastern Conference.

On the opposite end of the spectrum, perennial playoff sides including the Seattle Sounders and Columbus Crew are currently sitting on the outside looking in at the postseason. While Jordan Morris has carried the lion’s share of the goalscoring load for the Sounders, he’ll need some help from his teammates if they are to progress out of the West.

With that in mind, SBI takes a look at which players need to step up throughout the second half of the season to give their teams a lift:

With only 14 goals for the Sounders as a team, Dempsey’s absence due to international duty can largely be pinpointed as a major factor in the squad’s goalscoring deficiencies. Currently second on the team with two goals in 10 games, the U.S. international must find a way to develop chemistry with Jordan Morris, who has been the lone bright spot for the Sounders attack in 2016.

There are several defensive players that probably deserve the blame for NYCFC’s defensive struggles in 2016, but as the team’s veteran leader, Hernandez needs to organize his back four better as the season hits the home stretch. NYCFC currently leads MLS with 31 goals allowed, which doesn’t bode well for the team despite sitting atop the East.

The failed Gilberto experiment was a big blow to the Fire’s plans up front, but the team does have several capable options to rely on, including Accam. The 25-year-old is currently tied for the team lead in goals, with four, while also providing two assists. With the East very congested at the moment, a surge from Accam and the Fire attack could see the team jump into the playoff picture.

Since joining the Dynamo from the Philadelphia Union, Maidana has shown flashes of brilliance, including his late-game winner against his former team over the weekend. Before that finish though, the 29-year-old hadn’t scored since the Dynamo’s opener against the New England Revolution. Despite struggling to find results for much of the season, and currently sitting in last in the West, a burst out of Maidana could get the Dynamo back in the mix. After tallying a league-high 15 assists a season ago, Wade Barrett’s side could certainly use the creation from arguably their best playmaker.

It may be unfair to thrust Hamilton into the discussion, but TFC’s attacking woes run deep when Sebastian Giovinco isn’t firing on all cylinders. In 2016, Giovinco has either scored or assisted on 14 of TFC’s 18 goals. Hamilton has netted goals in consecutive matches for Greg Vanney’s side, but that trend will need to continue in order to take some of the weight off of Giovinco’s shoulders until Jozy Altidore returns from injury.

FC Dallas is sitting pretty in the Western Conference, but while the team’s defense is likely a bigger concern, an outbreak of tallies from Urruti could make Oscar Pareja’s group the undoubted favorite coming out of the West. The 25-year-old Argentine netted three goals in the team’s first four matches but hasn’t scored since. While FCD boasts numerous talented attackers capable of finishing, Urruti could be a game-changer if he regains his form of two seasons ago, where he scored 10 times for the Portland Timbers.

Two stars are much better than one. While David Villa’s success up front is undeniable, a second goalscoring threat and provider would do wonders for the NYCFC attack and create significant mismatches against opposition. With two goals and as many assists in just five appearances this season, Harrison is already living up to the billing of being a top selection to the MLS SuperDraft. If the 19-year-old can hit or get close to double-digit goals, watch out for NYCFC come the postseason.

The defending champion Portland Timbers have had their share of ups and downs in 2016, and Caleb Porter’s team will need more production out of Nagbe as the season hits a critical juncture. An injury suffered early in the season, as well as Copa America duty with the U.S. Men’s National Team, stole several games from the attacking midfielder, but the 25-year-old will need to become more active as the season progresses if the Timbers are to make a run.

After scoring twice in the opening two months, Gashi has failed to register a goal and recorded just one assist. The Rapids have only managed 19 goals on the season despite sitting in prime position to the top the Western Conference. Gashi’s track record in Switzerland makes it likely that he’ll get things together as the season rolls on, but the Rapids will need to find consistency out of their 27-year-old Designated Player.

Orlando’s backline has been suspect at times, but Bendik’s 1.81 goals against average is among the worst in MLS. While Bendik has been forced into the fourth-most stops this season (57), the former Toronto FC shot stopper and the team’s defense will have to improve drastically if the Lions are to make the postseason.