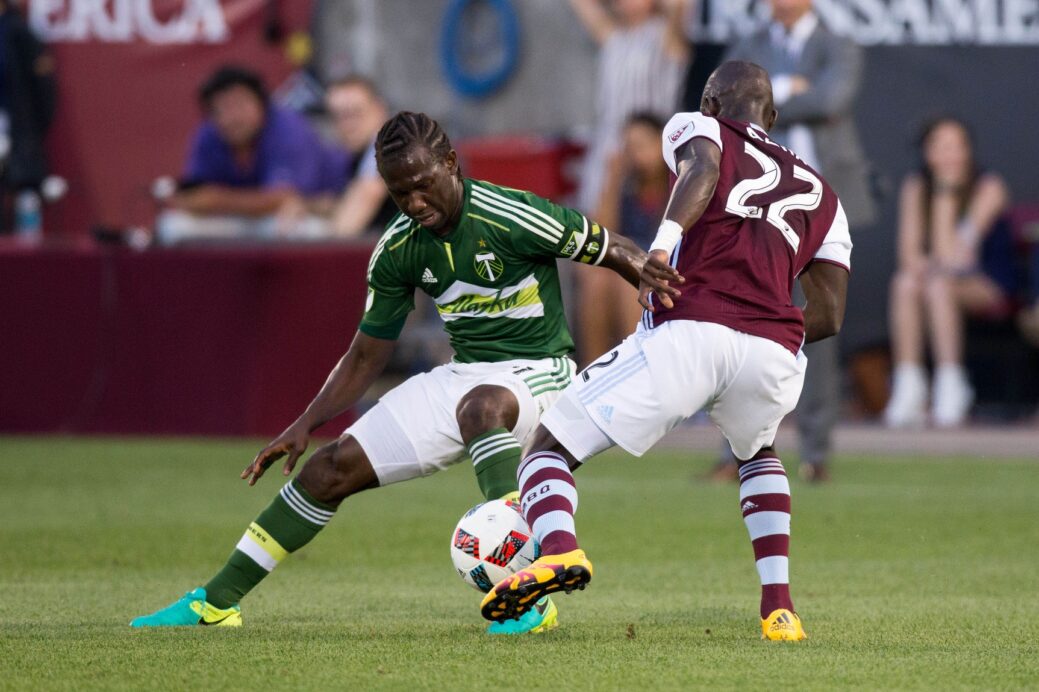 Three points wasn’t the final outcome for the Colorado Rapids in Tim Howard’s debut, but the team did manage to extend their unbeaten streak to 12 games on Monday night.

The Rapids played to a 0-0 tie against the Portland Timbers at Dick’s Sporting Goods Park, bringing Pablo Mastroeni and co. to 7-0-2 at home in 2016.

With both teams looking for a break in the early goings of the match, the home side nearly broke the deadlock in the 20th minute. Shkelzen Gashi found himself in on goal after a through ball, forcing Timbers keeper Jake Gleeson off his line to make an athletic stop.

Despite struggling to create chances on the opposite end throughout the night, the Timbers almost stunned the Rapids just minutes before halftime. Striker Fanendo Adi was the most active player for the Timbers in the opening 45 minutes, and was almost rewarded in the 43rd minute when his powerful attempt struck the far post and bounced away from goal.

Tim Howard wasn’t tested much in his Rapids debut, however, the 37-year-old goalkeeper came up with a huge save in the second half as Darren Mattocks made a charging run towards goal.

Just minutes after entering the match as a substitute, Ned Grabavoy nearly stole three points for the Timbers when the midfielder’s attempt struck the post from outside the penalty area.

The Rapids will return to action on Saturday against the Vancouver Whitecaps, while the Timbers meet the New York Red Bulls the following day.

While Tim Howard was fortunate to see the ball strike the post twice on Monday, Jake Gleeson had a solid night in net for the Timbers, making four important saves.

Just four minutes after coming on for the Timbers, Ned Grabavoy almost stole the show on the road when his shot hit the post.

Shkelzen Gashi and the Rapids attack had their chances, but nothing came of the team’s 13 shots on the night.