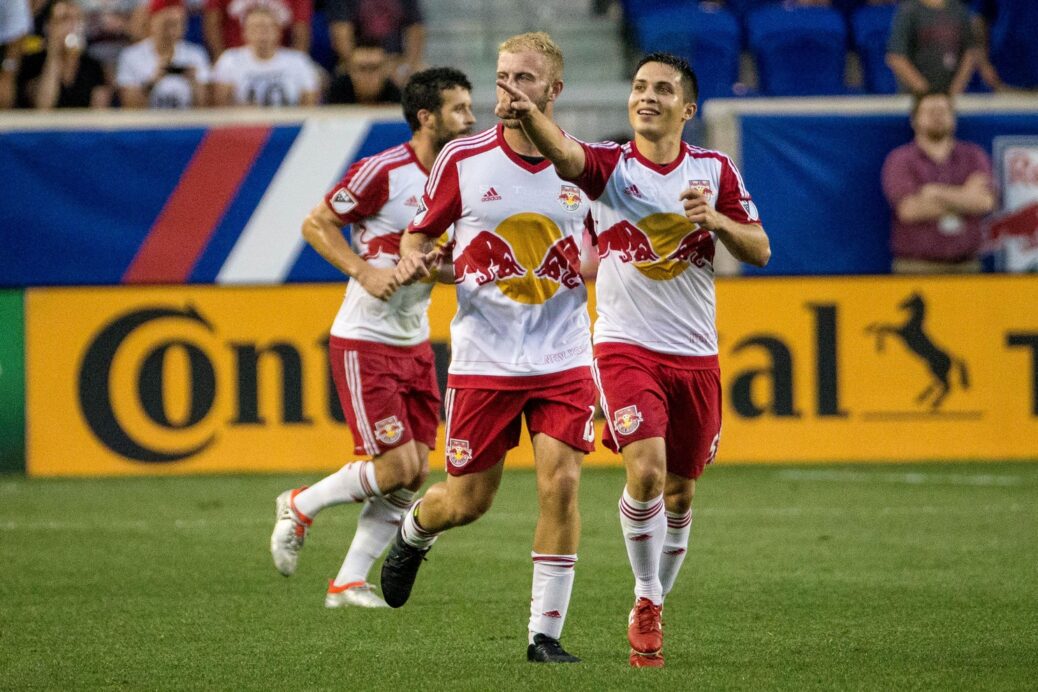 Goals were hard to come by for the New York Red Bulls in recent weeks, however, the team regained its form in front of net on Wednesday night against Orlando City SC.

The Red Bulls came away with a 2-0 win over Orlando City, snapping the team’s four-match winless run and pulling the Harrison side to within three points of Eastern Conference leaders New York City FC.

Connor Lade netted his first career MLS goal to give the Red Bulls a one-goal advantage in the 37th minute off of a corner kick.

The Red Bulls began to impose their will in the second half, doubling their lead in the 59th minute when Felipe buried his free kick from the edge of the penalty area. The Brazilian did well to draw the foul leading up to the dead ball situation.

The game’s first chance came in the sixth minute when a floated Mike Grella cross found a wide open Chris Duvall at the far post. The right back made his way into the penalty area, however, Duvall’s effort was turned aside by goalkeeper Joe Bendik.

With chances at a minimum in the first half, a controversial decision from referee Sorin Stoica had the Red Bulls and their supporters up in arms after the half hour mark. Stoica initially pointed to the penalty spot after Mike Grella’s close-range blast appeared to strike the arm of Orlando City defender Seb Hines. Stoica quickly overturned his decision, though, calling for a Red Bulls corner kick after ruling the ball hit the face of Hines.

Orlando never seemed threatening in the attack during the match, notching just three shots on target during the match. Cyle Larin’s header in the 72nd minute was one of the side’s most dangerous chances, but the aerial effort trickled wide.

The Red Bulls will return to action on Sunday against the Philadelphia Union, while Orlando City travels to the Vancouver Whitecaps the day prior.

The Red Bulls have need unlikely sources to finish chances at times in 2016, and Connor Lade‘s first career goal kickstarted the side’s win.

Orlando City struggled to find chances, but Felipe’s dagger of a free kick after halftime ensured that the Red Bulls would take home the points.

Carlos Rivas and the Orlando City attack simply couldn’t break down the Red Bulls backline, and finished the night with just three shots on net.