SBI Question of the Day: What’s your reaction to De Jong red card? 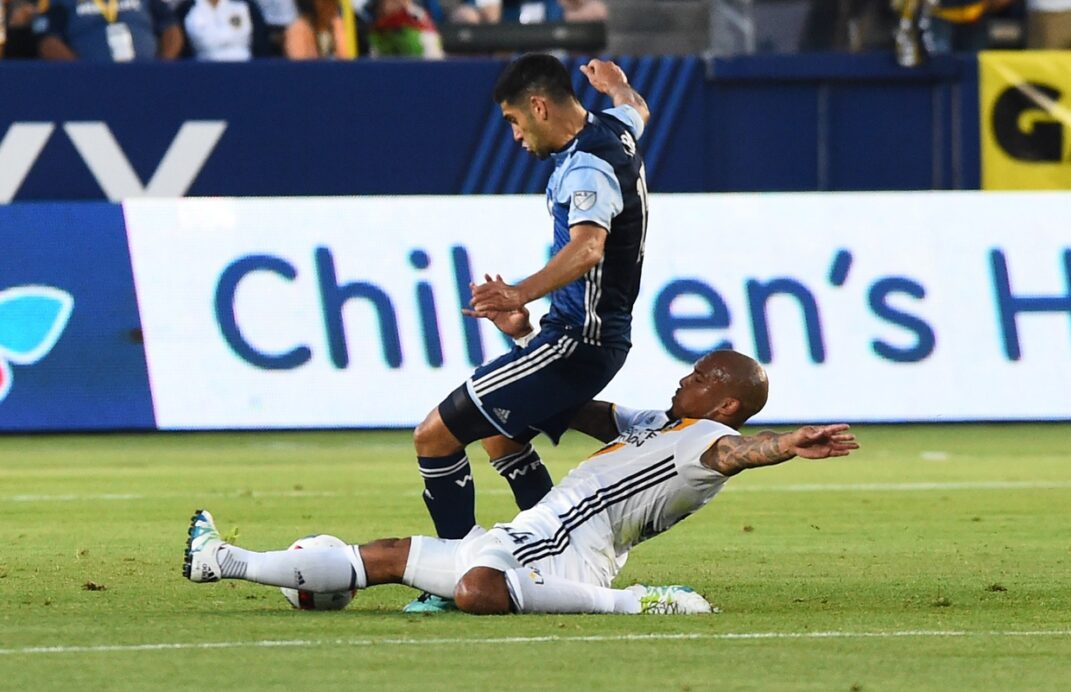 By now MLS is well aware of Nigel de Jong, specifically his physical and sometimes violent temperament on the field. The veteran Dutch midfielder made headlines once again on Monday night, earning himself a straight red card for a late challenge on Vancouver Whitecaps attacker Blas Perez.

The tackle was certainly unwarranted, particularly with the Galaxy nursing a two-goal advantage with under 20 minutes remaining, but does De Jong’s track record of malicious behavior play into the reaction received in the tackle’s aftermath?

When Perez received the ball with his back towards the Galaxy net, De Jong quickly closed the Whitecaps forward down and appeared to make contact to the back of the Panamanian’s head. The 31-year-old then proceeded to make a reckless attempt on Perez, who was still in possession, and came nowhere near the ball. Referee Robert Sibiga initially pulled out a yellow card before retracting the caution and providing De Jong with his marching orders.

The red card is De Jong’s first since joining MLS this season, despite earning a multi-game suspension from the league’s Disciplinary Committee back in April for a rash standing tackle on Portland Timbers midfielder Darlington Nagbe.

In the past, De Jong has made waves on the international scene for his dangerous play, including fracturing the leg of former U.S. international Stuart Holden back in a 2010 international friendly. De Jong also received a controversial yellow card during the same year at the FIFA World Cup in South Africa after cleating Spain’s Xabi Alonso across the chest in the tournament’s title match.

What did you make of De Jong’s challenge? What kind of additional punishment, if any, do you expect? How should the league handle the incident and any further that arise?