Second half surge lifts Galaxy past Sounders, into USOC semifinals 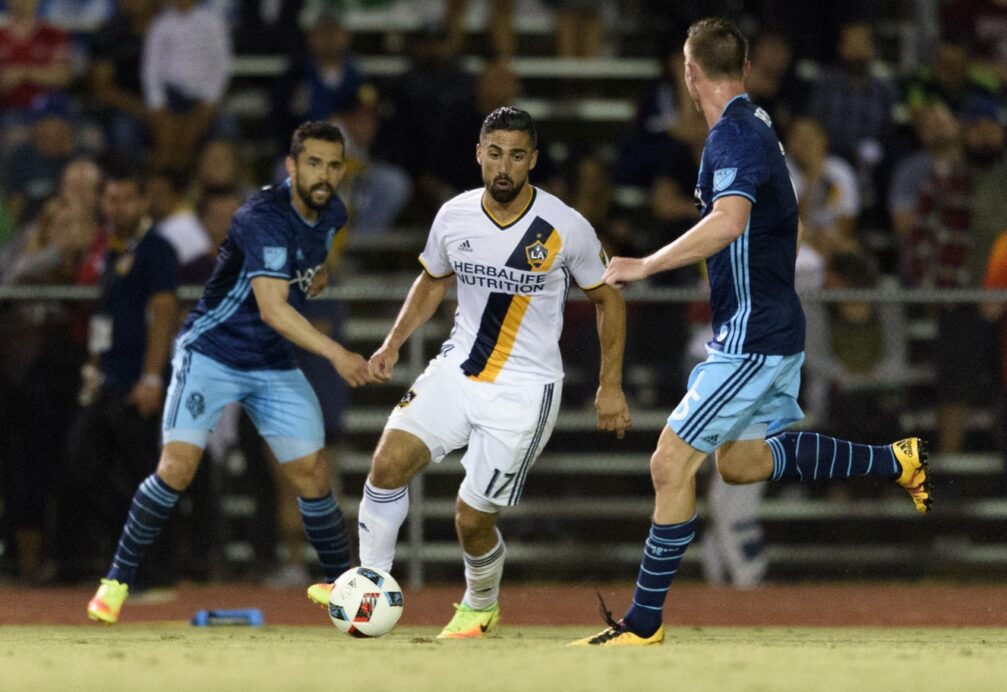 Through 76 minutes, the Seattle Sounders were nurturing a one-goal lead with a U.S. Open Cup semifinal berth on the line. However, a late surge from the LA Galaxy added further misery to what has been a trying Sounders season.

Giovani dos Santos began the run before Sebastian Lletget added two of his own, as the Galaxy toppled the Sounders, 4-2, in Wednesday’s USOC quarterfinal. The win earns the Galaxy a semifinal berth alongside FC Dallas, the Chicago Fire and the New England Revolution.

Michael Farfan quickly opened the scoring for the Sounders, scoring a fourth minute goal for a team playing without stars Clint Dempsey and Jordan Morris in the starting lineup. Alan Gordon brought the Galaxy back just 13 minutes later as both sides entered halftime level at one apiece.

Herculez Gomez struck in the second half, giving the Sounders a 2-1 advantage in the 58th minute. From there, the wheels fell off, as substitute dos Santos contributed a 77th minute goal before Lletget contributed a pair himself between the 85th and 88th minutes. Just prior to Lletget’s finishes and with mere minutes remaining, the Sounders subbed on Morris in an attempt to snatch the lead, but the rookie forward was helpless as his side surrendered a pair of goals.

The result comes just 11 days after the Galaxy toppled the Sounders, 1-0, in MLS play.

Following the win, the Sounders return to action on Sunday for a clash with Sporting KC, while the Galaxy take the field on Saturday in a visit to the Portland Timbers.

One of several Galaxy regulars to start the game, Sebastian Lletget’s inclusion paid late dividends as the winger added a pair of goals to seal the win.

In need of a spark, Bruce Arena introduced both Gyasi Zardes and Giovani dos Santos late in the second half, and the latter repaid his faith by scoring a goal just moments later.

Zach Scott’s miscue paved the way for dos Santos’ finish and, in turn, started the run that led to the Sounders’ elimination.