Stakes continue to rise for NYCFC, Red Bulls ahead of derby clash 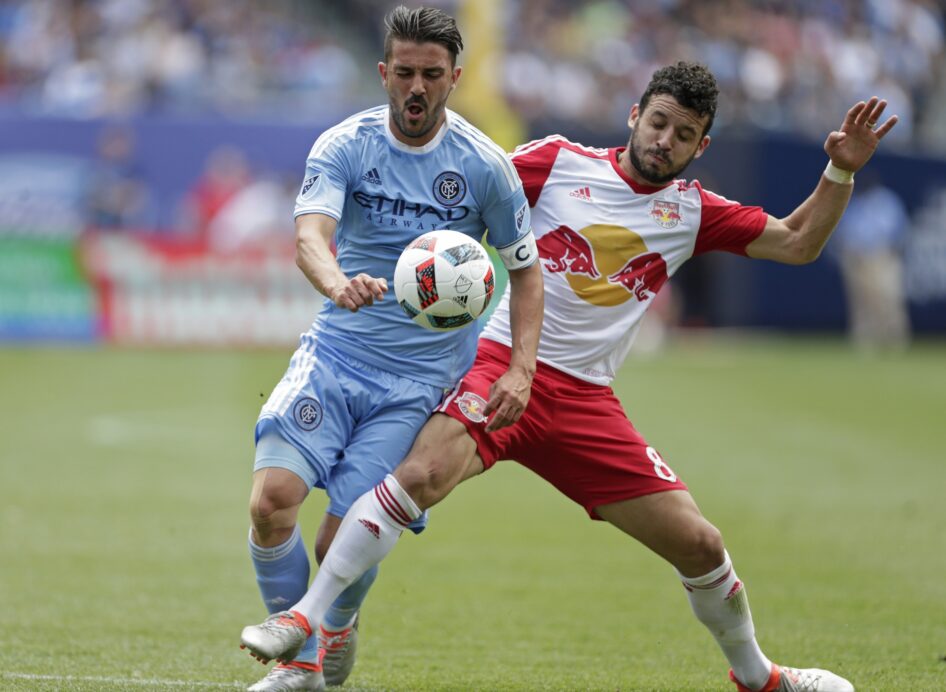 From the onset, the New York Red Bulls and New York City FC felt like legitimate rivals. Despite no prior history between the two sides, the first year of the Hudson River Derby was headlined by true animosity. Scuffles broke out, words were said and physicality proved a defining factor, even if the initial round prove as one-sided as one could imagine.

Now, entering the sixth meeting between the pair, the scales have begun to balance. NYCFC is back in the hunt with the previously-unblemished Red Bulls hot in pursuit, giving Sunday’s clash between the two sides a special feel. Sunday’s meeting isn’t just about local bragging rights or perceived legitimacy in the ever-changing New York market; it’s about something much more real: a claim to the Eastern Conference throne.

Ahead of Sunday’s match, NYCFC currently holds the title of the East’s top dogs. With 33 points through 31 games, NYCFC maintains a five point lead over the Red Bulls, with the Philadelphia Union sandwich in the middle. Following the Red Bulls’ 7-0 thumping of NYCFC at Yankee Stadium earlier this season, the second-year club has been on the rise, led by the return of Frank Lampard and the rise of Jack Harrison.

In the aftermath of NYCFC’s first derby win, a match that proved a turning point, tempers have flared off-the-field. A celebratory photo from NYCFC has been widely criticized by the Red Bulls, and, in the build up to the upcoming match, head coach Jesse Marsch began the mind games by taking a shot at refereeing, earning a fine from the league for his attempt at gamesmanship.

“I’ll say this: going into New York City this weekend, I respect the way David Villa plays. He’s a great player. But he gets a piece of every defender before the ball comes,” Marsch said on Wednesday. “He fouls throughout the entire game. He hardly ever gets called for it and if him, Pirlo and Lampard get touched they go down, they draw fouls, they draw yellow cards and it’s an epidemic across the league of these referees who just want to give the benefit of the doubt to star players.

“We’ll see who gets assigned to this game and we’ll see if he can handle the business,” he added. “The frustration that we have on the referees and the way that we feel that we just don’t ever get the benefit of the doubt, one penalty call all year. That frustration continues to mount. I’m just waiting for the referees association, I’m waiting for referees, I’m waiting for anyone to recognize the fact that we’re an honest team that plays in an honest way and gets punished for calls, for plays, for penalties, the whole bit across the board and we never get rewarded.”

The combination of off-the-field animosity and on-the-field stakes make Sunday’s clash a special one for both sides. Both as close to full health as one could expect given the rigors of an MLS season, both sides have the ability to win, and no excuses for a loss.

Rivalries take time, and there’s no doubt that the animosity between NYCFC and the Red Bus is just beginning. Rivalries are defined by big games, big moments, and Sunday’s match provides the biggest moment to date for a series that continues to develop into one of the league’s most interesting.