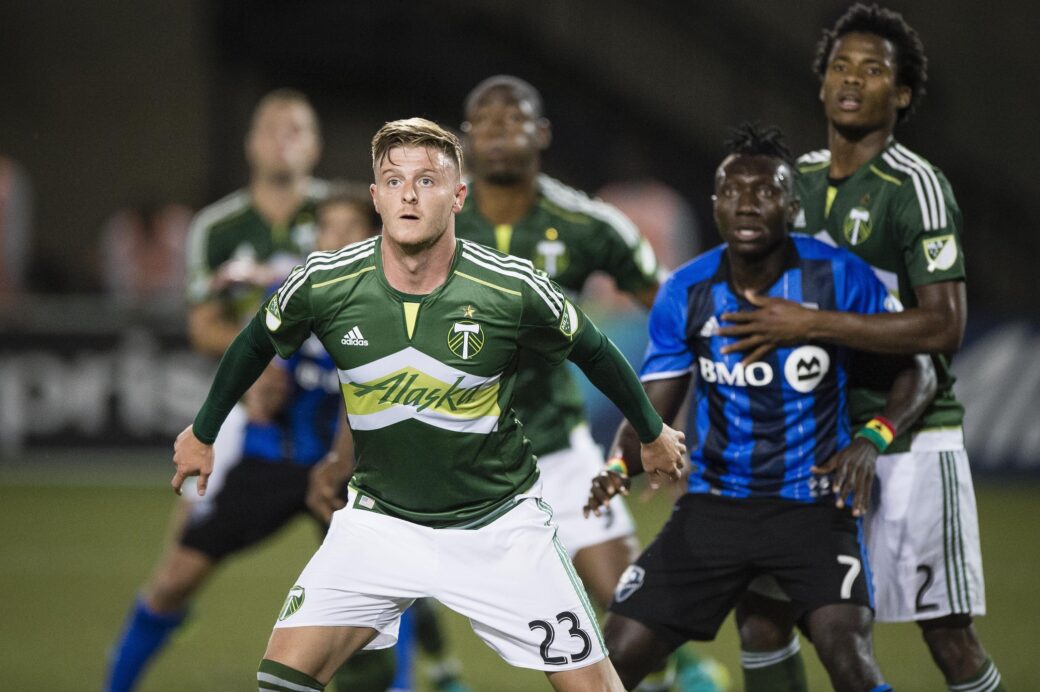 The Portland Timbers and Montreal Impact played to an exciting 1-1 tie at Providence Park on Wednesday night, after the two sides traded tallies from Jack McInerney and Ignacio Piatti in the first half. Despite a slew of chances in the second half, neither side was able to capitalize in front of goal, as the game finished level.

The Timbers jumped into the lead in the 14th minute by way of Jack McInerney’s header off a Jack Jewsbury corner kick. The former Impact forward was able to leap over a few defenders before he made contact with the ball and beat Evan Bush.

The Timbers were denied a second first-half tally in the 34th minute as Fanendo Adi was whistled for a foul in the box on Wandrille Lefevre. The contact between the forward and center back appeared to be minimal, but Lefevre sold it enough to negate Adi’s header that found the right side of the net.

The visitors pulled out an equalizer right before halftime as Ignacio Piatti used a brilliant individual effort to cut through the Portland defense and beat Jake Gleeson. Nat Borchers appeared to stop the Argentinian’s movement with a nice 1-on-1 tackle, but Piatti recovered in time and proceeded to score his 11th strike of the season.

Montreal was dealt a blow early in the second half as center back Laurent Ciman left the match in the 54th minute with an ankle injury that popped up after a collision with Fanendo Adi.

The hosts created a few chances in the opening stages of the second half, but the Impact created the best scoring opportunities in the middle of the second frame.

Piatti forced Jake Gleeson into action in the 63rd minute as he rounded Borchers to create space on the left side of the penalty area. Gleeson rushed off his line to deny the Argentinian from close range. Four minutes later, Glesson used his right hand to deny Kyle Bekker’s blast from distance.

Jewsbury tried to hand the Timbers a late breakthrough in the 88th minute, but his shot from 25 yards out was tipped away from the goal by Bush.

The draw was the second in a row on the road for the Impact, who picked up a point at Real Salt Lake on Saturday. The Timbers earned their third consecutive draw of the season, as they are currently on a seven-game unbeaten run.

Ignacio Piatti’s individual effort in the 44th minute was not only one of the top goals of the night, it helped the Impact gain a key point in the Eastern Conference playoff race.

The usually sturdy Nat Borchers faced trouble when going head-to-head with the Impact attackers on Wednesday, especially Piatti. The center back needed Gleeson to bail him out in the 63rd minute after Piatti easily raced around him.