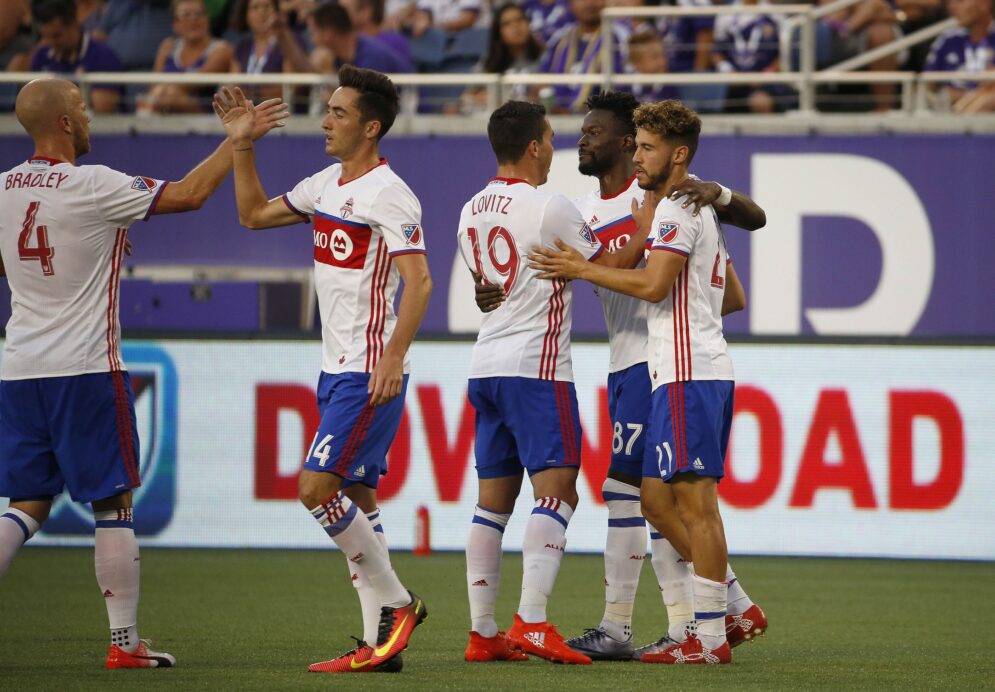 Once again, Jozy Altidore began Wednesday’s match on the bench but, once again, he ended the night with a goal to his name.

The Toronto FC forward scored his fifth goal in six games on Wednesday night, leading Toronto FC to a 2-1 win over Orlando City at Camping World Stadium. The win pushes TFC’s unbeaten run to seven games, including six wins over that span.

It took just seven minutes for Tosaint Ricketts to continue TFC’s hot-streak, giving the visitors an early 1-0 lead. The Canadian forward’s speed was on full display as Ricketts darted away from the Orlando City defense on a quick throw-in. All that was left was a mere one-on-one finish, and Ricketts tapped a shot past Joe Bendik to give TFC the early advantage.

Ricketts’ international teammate then fired the Lions back into the match with a goal shortly after halftime. On a ball in from Luke Boden, Cyle Larin bounced a headed shot off the post and in for a 56th minute equalizer.

Altidore entered as a second half substitute once again and appeared ready to make an instant impact, but the U.S. Men’s National Team forward was thwarted by former teammate Bendik. Played in by Nick Hagglund, Altidore had what appeared to be a wide-open header, but Bendik’s diving fingertip save kept Altidore off the board and the scoreline at 1-1.

However, Bendik couldn’t hold Altidore forever. In the 86th minute, Altidore finally broke through on a pass from Sebastian Giovinco, lifting TFC to a 2-1 win.

Bendik proved the busier of the two keepers throughout the night, especially with Giovinco lurking. The Italian star fired six shots, three of which were on target, while Bendik made a total of five stops on the night. His counterpart, Alex Bono was called upon four times.

Following the win, which places TFC on top of the Eastern conference, Altidore and company return to action Saturday in a clash with the Montreal Impact. Orlando City hosts former leaders New York City FC on national television Sunday night.

Throughout Wednesday’s match, Sebastian Giovinco was an absolute handful. He may have settled for an assist rather than a goal, but the Italian was more than deserving of a finish of his own during the win.

Joe Bendik’s second half looked to set the tone for Wednesday’s action, but Jozy Altidore got his revenge with a late game-winner.

Tommy Redding was burned on TFC’s first goal before playing a part in Altidore’s eventual game-winner. A rough night for a centerback that continues to grow.