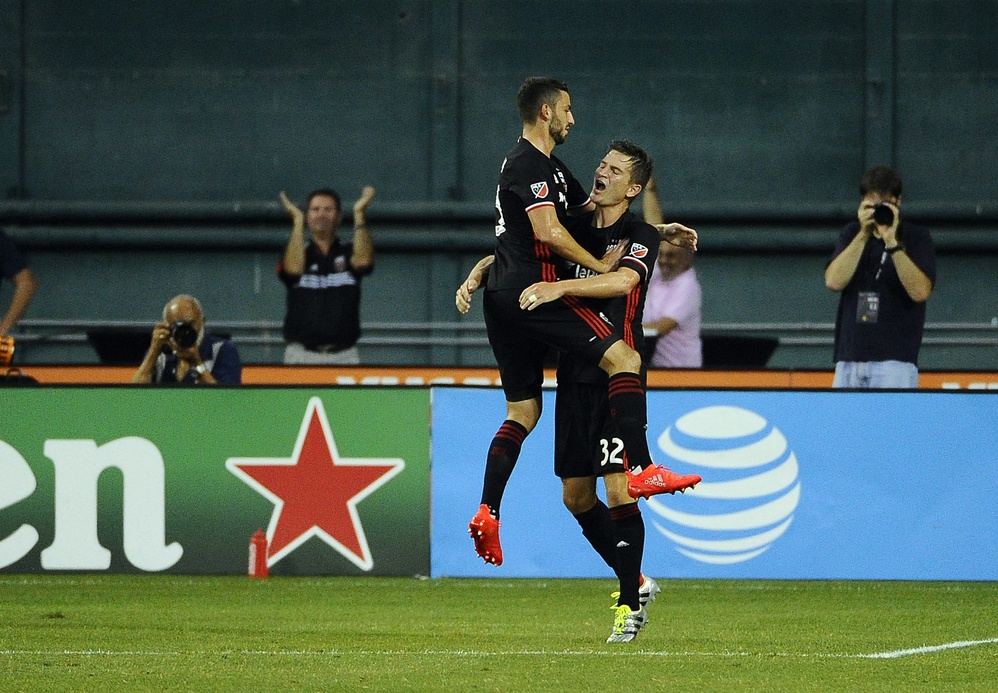 The new-look D.C. United continues to improve, with their latest step coming at the expense of the defending MLS Cup champions.

Steve Birnbaum scored early before Luciano Acosta added D.C. United’s second of the night, leading the way in a 2-0 defeat of the Portland Timbers on Saturday at RFK Stadium. The win, which came as both teams battled sweltering temperatures, pushes D.C. United’s unbeaten streak to three games, while the Timbers taste defeat for the third time in four matches.

Seven minutes into the match, Birnbaum fired the game’s opener from a perfectly-worked set piece. Lloyd Sam’s corner kick began the sequence, as the Englishman found the head of Bobby Boswell. The veteran defender flicked a pass backwards towards his centerback partner, and Birnbaum did the rest with a volleyed finish for the game’s first goal.

Acosta’s finish came 22 minutes later. As he completed a darting run through the Timbers defense, Acosta looked up to find a looped through ball from Patrick Mullins. The D.C. United midfielder touched the pass down before curling a shot past Jake Gleeson, pushing the scoreline to 2-0.

Up next for D.C. United is a rivalry clash with the New York Red Bulls next Sunday, while the Timbers look for a return to the win column that same day with a Cascadia clash of their own against the Seattle Sounders.

A goal and a clean sheet is all a defender can ever really ask for, and Steve Birnbaum earned both on the night. The U.S. Men’s National Team centerback was calm and composed throughout the night, all but shutting down a very good Timbers attack.

While Birnbaum’s finish got the game going, Luciano Acosta’s all but put the game out of reach. With a 2-0 lead on a hot and humid night at RFK Stadium, D.C. United never felt in any danger following the Argentine’s goal.

Saturday was a rough outing for Fanendo Adi, who never truly found his footing. The Timbers forward was all but ineffective, as the Timbers were shut out for the second time in three matches.