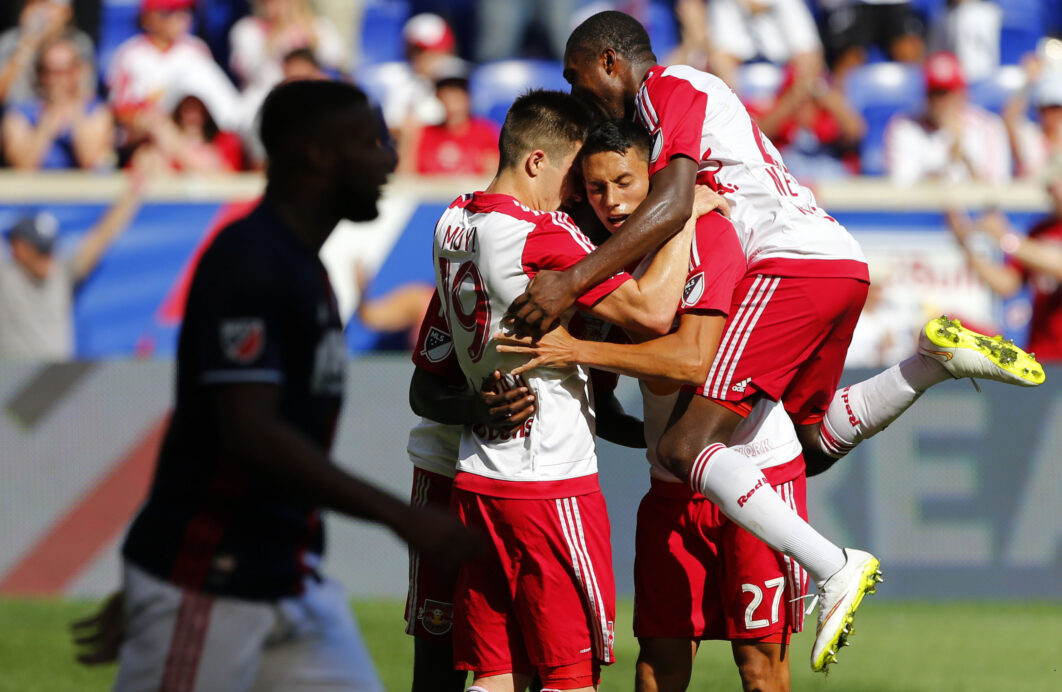 The New York Red Bulls got back to winning ways on Sunday afternoon, defeating the Revolution, 1-0, at Red Bull Arena thanks to a second-half finish from Wright-Phillips. The Red Bulls striker found the back of the net in the 55th minute with a superb volley on the rebound, and the Revolution never mustered up a response.

Wright-Phillips’ goal, which came after Revolution goalkeeper Brad Knighton pushed away an Alex Muyl effort, gave the Englishman 16 on the season. He is now tied with Sebastian Giovinco and David Villa for the league lead.

The victory improved the Red Bulls to 11-9-7 on the year and push them into third place of the Eastern Conference, three short of leader Toronto FC. The Revolution dropped to 6-12-10 and remain in eighth place in the conference.

While Bradley Wright-Phillips will earn the majority of plaudits for his game-winner, Red Bulls centerback Aurelien Collin also deserves a portion of the praise for his job on Kei Kamara. Collin was stout in his positioning, good in the air, strong in his 1-on-1 battles, and no-nonsense with clearances when he had to be. All in all, a strong a day at the office for the veteran defender.

In a game that had few notable big plays, the winning goal was always going to be the biggest moment. Wright-Phillips made the difference in the tight Eastern Conference affair early in the second half, as he found himself in the right spot on a rebound before unleashing a perfect volley into the back of the net.

Thanks to the shift turned in by Collin and fellow Red Bulls centerback Ronald Zubar, Kei Kamara was made a non-factor on Sunday. He was caught offsides on multiple occasions, left frustrated on several others, and never really threatened Luis Robles’ goal.