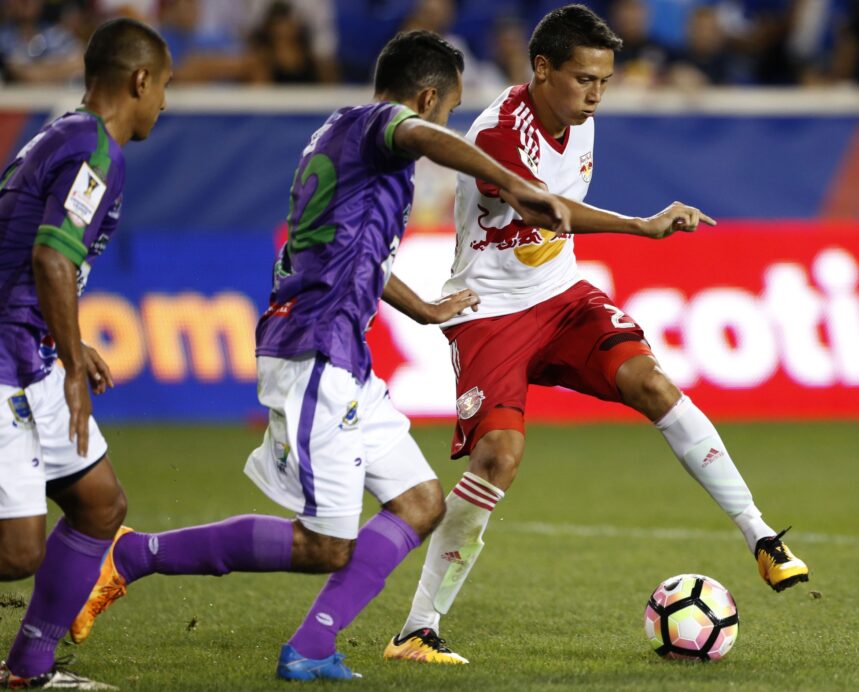 Two of the five Major League Soccer clubs participating in the CONCACAF Champions League take to the road for the first time in the competition on Tuesday.

For Sporting Kansas City, their match against Central FC of Trinidad and Tobago will be their group stage opener. Meanwhile, the New York Red Bulls will be playing their second contest of the competition in El Salvador against Alianza.

FC Dallas, the Portland Timbers and the Vancouver Whitecaps all have the week off due to the three-team group stage setup.

Below is a look at the two Champions League matches involving MLS clubs on Tuesday.

Peter Vermes’ side is winless in 11 road matches, but it earned a hard-fought draw 2-2 against FC Dallas at Toyota Stadium in league play on Saturday.

Sporting are under pressure to get a result in Group C since they have to travel to Vancouver on August 23 for their second group contest.

Earning a point on the road is significant in any tournament, but a win would also do a world of good for Sporting given the presence of a fellow MLS side in their group.

Defeating Central won’t be an easy task since new Atlanta United signing Kenwyne Jones should be eligible to play after his loan to the Trinidadian club was sorted out.

Jones’ style of play as well as Sporting’s dwindling health at center back could set Central up for three points at home.

After knocking off Guatemalan side Antigua two weeks ago at home, the New York Red Bulls will look to add to their Group F lead in El Salvador against Alianza.

The Red Bulls have some history with teams from El Salvador as they defeated FAS to open the 2014 Champions League group phase at home. The Red Bulls drew the return leg in San Salvador.

Just like every road side in the Champions League, a draw or win is the goal for Jesse Marsch’s men. A win at the Estadio Cuscatian in San Salvador would open a large six-point advantage over the other two sides in the group.

The champions of El Salvador will be playing their first of two consecutive continental home games, with Antigua coming to town in a week’s time.

Alianza have one player with experience in America as forward Christopher Ramirez played for the USL’s Orange County Blues in 2015 while on loan from Atletico Marte.