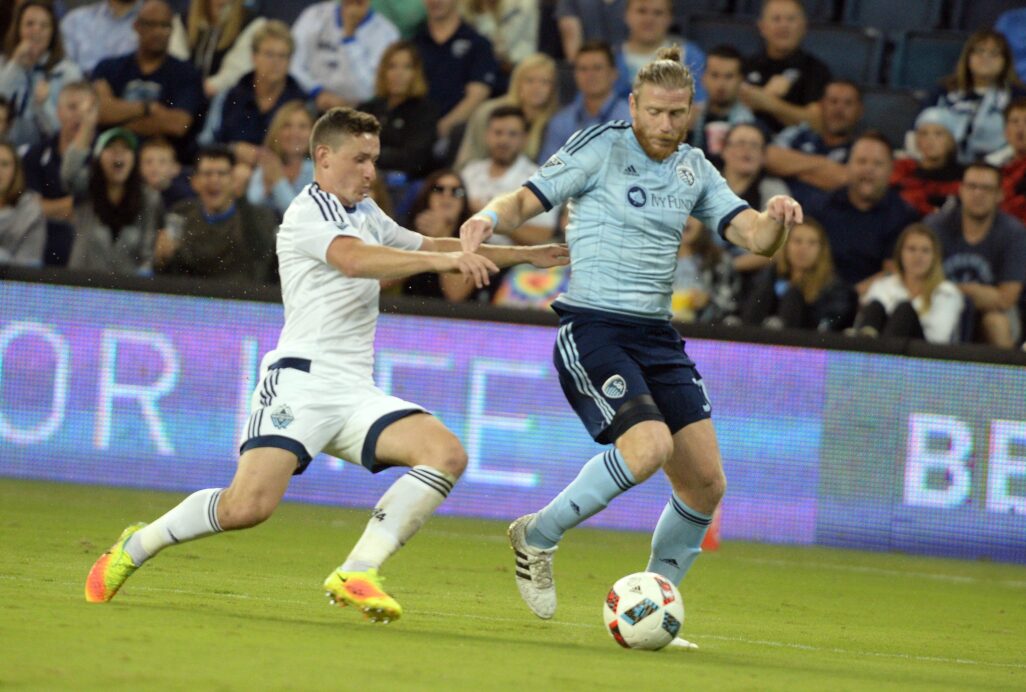 Sporting Kansas City travels north of the border to take on the Vancouver Whitecaps in an all-MLS group C match-up. Elsewhere, FC Dallas will travel down to Nicaragua to face Group H cellar-dwellers Real Esteli.

Off this week are the Portland Timbers and New York Red Bulls, thanks to the competitions three team per group structure.

Liga MX sides Pachuca and Tigres UNAL are also in play this week, facing off against Police United and Plaza Amador, respectively, in their group matches.

Below is a look at the two Champions League matches involving MLS clubs this week:

Just a few short days after facing one another in MLS play, the Whitecaps and Sporting Kansas City switch stadiums and face off in CCL play in Vancouver.

Sporting Kansas City got the better of the meeting on Saturday in Missouri, winning, 2-0, via goals from Benny Feilhaber and Jacob Peterson. The Whitecaps were dominated in possession and couldn’t manage more than two shots on target over the entire 90 minutes.

Sporting KC will hope to duplicate that success as they sit two points behind the Whitecaps in the Group C table and can seize the top spot by earning all three points on the road on Tuesday. Meanwhile, the Whitecaps can place a firm grip on first in the group with a victory at home.

Both teams currently sit ahead of Central FC, who remain on a single point through two matches after drawing Sporting KC at home in their previous match.

In the other action involving an MLS club this week, FC Dallas travels even further south to Nicaragua to take on Real Esteli.

FC Dallas currently sits even on points with Suchitepequez of Guatemala atop Group H and hope to secure a strong footing towards the knockout stage with another win against their opponents.

Real Esteli has been less fortunate so far, losing to both of the aforementioned sides in their two matches to date. They’ve scored only one goal through two matches and have allowed three.

The hosts have, however, won their three domestic league matches by a combined score of 17-1. On home soil, they can pose a threat to FC Dallas’ group stage aspirations.