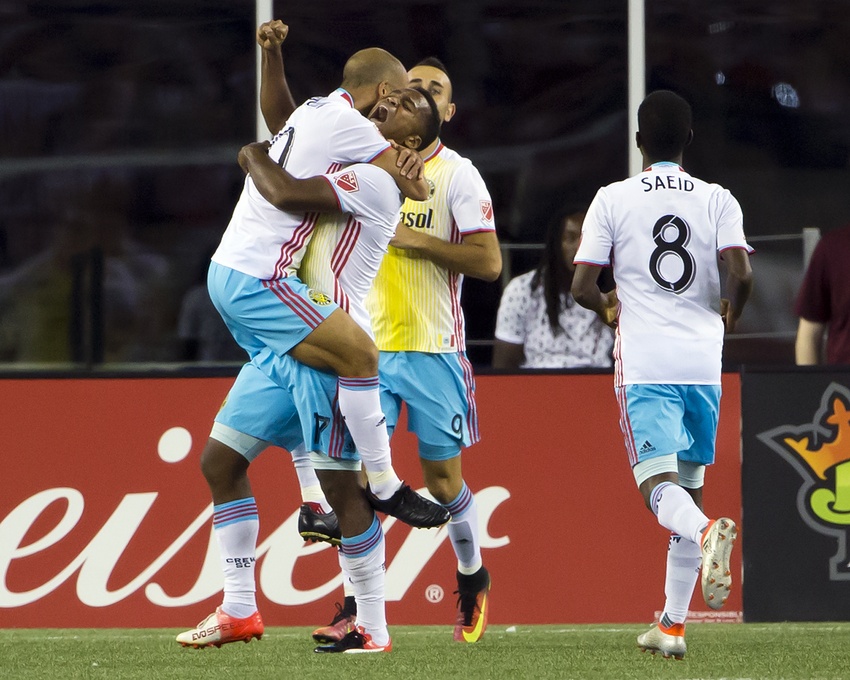 It took 11 matches spread across three months, but the Columbus Crew are finally back in the win column.

A pair of regulars did the damage on Saturday night, as Ethan Finlay and Federico Higuain fired the Crew to a 2-0 win over the New England Revolution at Gillette Stadium. The win is the Crew’s first since May 28, as well as the team’s first road triumph of the season.

Finlay got the Crew going early, firing the team’s first goal on a trademark counter attack. Justin Meram pushed the ball down the left side of the box before squaring a pass across goal. Finlay was left with a mere tap-in, one that gave the Crew a 1-0 lead just eight minutes in.

That lead remained at just one until Higuain doubled the advantage four minutes into the second half. This time, it was Ola Kamara who played provider, as the Crew forward cut a pass back to Higuain at the top of the box. The Argentine took a touch before firing, beating Brad Knighton to finish Saturday’s scoring.

On the other end, Crew goalkeeper Steve Clark was forced into five saves on 17 Revs shots, five more than the Crew mustered on the evening. The Revs’ best chance fell to former Crew star Kei Kamara, who saw his shot cleared away at the last minute by Michael Parkhurst.

The win pushes the Crew to 23 points through as many games ahead of a meeting with the Philadelphia Union on Wednesday. The Revs, meanwhile, have 26 through 25 heading into a midweek visit to the San Jose Earthquakes.

Ethan Finlay was gifted a mere tap-in on the opening goal, but the Crew winger was dangerous throughout in one of his better performances this season.

Goals set the tone, but Michael Parkhurst’s goal-line clearance served as a highlight of Saturday’s match. The sequence kept former teammate Kei Kamara off the board, while further frustrating a Revs team that has now lost back-to-back home matches.

Kei Kamara was active on Saturday night, but the former Crew forward will surely be left disappointed not to have made more of an impact against his former club.