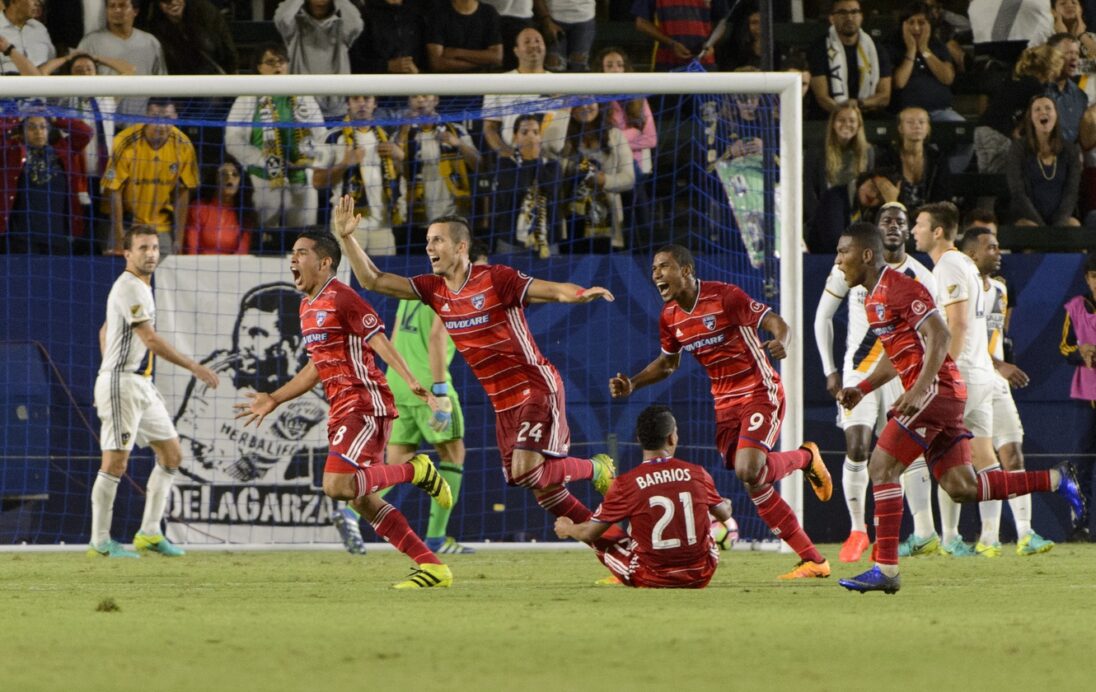 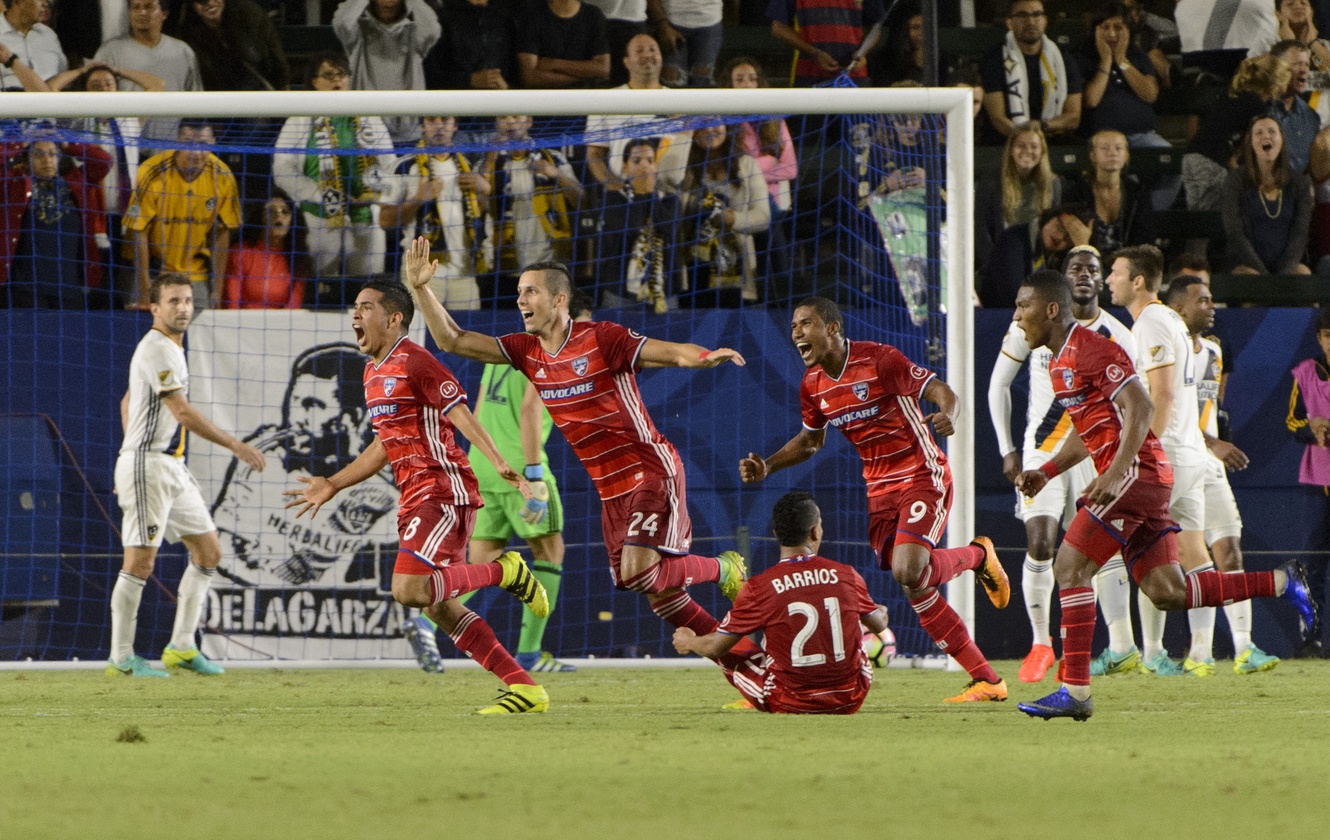 Just when it looked like Bruce Arena’s star-studded second-half subs were going to put the LA Galaxy through to the U.S. Open Cup final, FC Dallas conjured a response. Then seconds away from the uncertainty of penalties, Dallas came up with another goal to decide Wednesday night’s U.S. Open Cup semifinal on its own.

Dallas trailed the Galaxy heading into the final four minutes of extra time Wednesday at the StubHub Center, but walked away with a 2-1 victory.

After a scoreless 90 minutes of regulation, a Mike Magee penalty, earned by Giovani Dos Santos, gave LA a 1-0 lead in the 111th minute.

In the 116th minute, however, Matt Hedges headed in a Mauro Diaz corner to draw Dallas level. Then, in the one minute of added time before penalties, another Diaz corner came swinging into the Galaxy box and this time it was Victor Ulloa heading it in and was mobbed by his teammates seconds before the final whistle.

Whether it was his approach to the cup or belief in his depth, Arena kept many regular starters on the bench for the midweek game sandwiched between two league games despite it being a semifinal. Robbie Keane and Steven Gerrard were left off the team completely. Dallas on the other hand, used the same lineup it sent out for its most recent league game.

In the 74th minute, however, the Galaxy were able to bring Dos Santos and Gyasi Zardes into a scoreless match. After regulation ended without a goal, Zardes and Dos Santos combined to create the go-ahead goal in the first period of extra time.

In the 100th minute, Zardes slipped Dos Santos in between two Dallas defenders, putting him in alone with goalkeeper Chris Seitz. The FC Dallas keeper tried to come out and force Dos Santos away from goal, but instead clipped the LA forward and gave up a penalty. Magee put the penalty into the bottom right corner to give the Galaxy a 1-0 lead in the 101st minute.

The Galaxy missed a chance to double the lead a moment later, though it looked like the one goal might be enough until Dallas found its late set-piece heroics.

Each team squandered a chance to take a lead in the first half. In the 22nd minute, Seitz made a close-range reaction save to deny Magee and in the 31st minute, Brian Rowe stopped a one-on-one with Maxi Urruti.

The Galaxy found some of its best chances on the break through the speed of Emmanuel Boateng, while Dallas kept a little more of the possession and peppered LA with a 26-11 shots advantage throughout the match, including an 11-5 advantage in shots on target.

Dallas trailed 1-0 heading into the final four minutes of extra time but headers by Matt Hedges in the 116th minute and Victor Ulloa in the 121st minute gave the visitors a dramatic win.

Bruce Arena gave some stars a rest in this one, and the maneuver looked like it might yield results, but the elimination has to fall at the feet of the Galaxy coach.