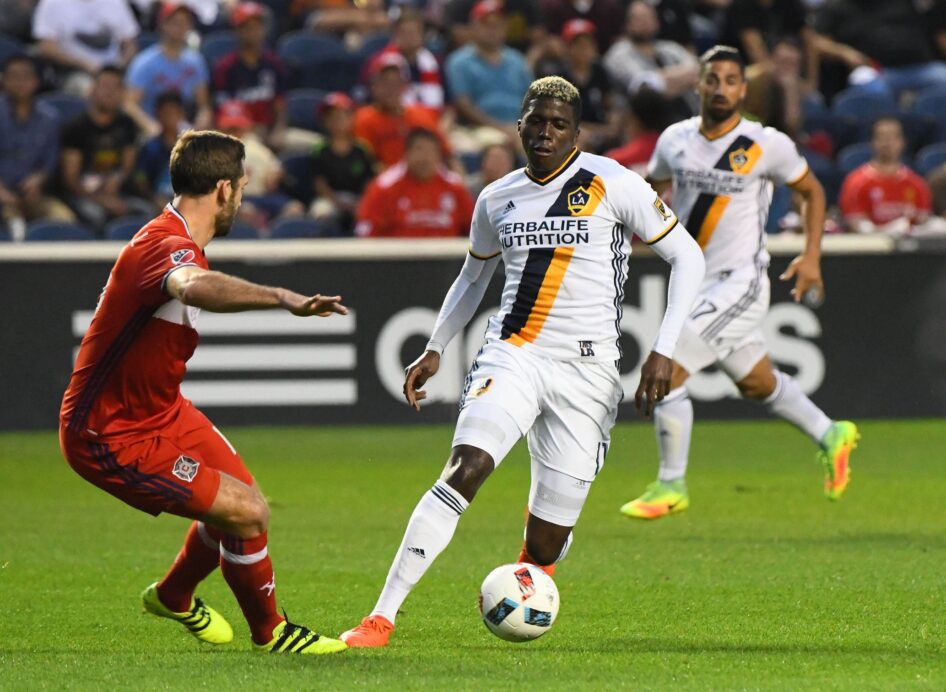 The Chicago Fire looked to be on their way to yet another shocking win before Giovani dos Santos fired the LA Galaxy to a come-from-behind point.

Dos Santos fired a second half equalizer to seal a 2-2 tie on Wednesday on at Toyota Park. The tie sees the Galaxy bounce back from a Sunday loss to NYCFC, a defeat that snapped their nine-game unbeaten run. However, the Galaxy have now gone five games without a win.

It began with a 31st minute finish from Gyasi Zardes, who immediately saw his goal canceled out by one from Arturo Alvarez three minutes later. Just five minutes after that, David Accam buried a penalty kick following a foul in the box by Jelle Van Damme.

Early in the second half, Luis Solginac had a chance to put it away, but, but the recently acquired forward missed a shot directed towards an open net. It came back to bite the hosts in the 69th minute, as dos Santos fired the Galaxy’s second goal of the game while sealing a point.

Despite their places in the standings, the Fire were far and away the more aggressive team, outshooting the Galaxy, 14-9. Making his second start in as many games, Clement Diop parried away four of those shots.

The draw sees the Fire’s unbeaten run reach three games ahead of a match with D.C. United on Saturday. The Galaxy, meanwhile, host the Vancouver Whitecaps on that same day.

David Accam was far and away the most dangerous player on the pitch, firing seven shots while scoring a deserved penalty kick.

Luis Solignac had a chance to put the match away, but the forward missed his chance to seal all three points with a third goal.

Jelle van Damme was sloppy in conceding a penalty in what was an uncharacteristic mistake from the normally rock-solid defender.