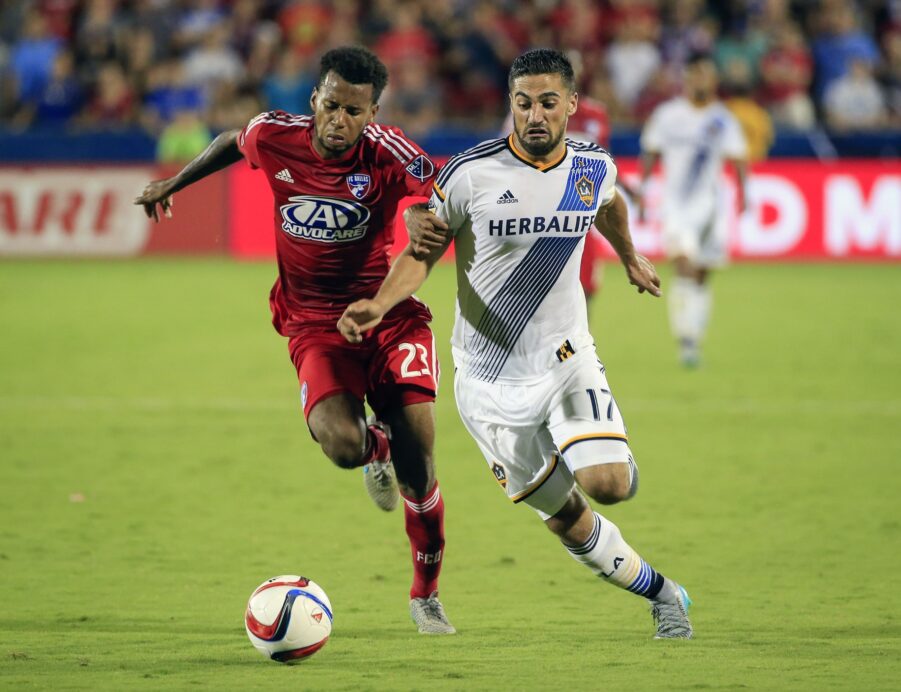 Two of Major League Soccer’s elite collide on Wednesday with a berth in a cup final on the line.

The LA Galaxy play host to FC Dallas in Wednesday’s U.S. Open Cup semifinal, a clash that determines who meets the New England Revolution in the tournament finale. FC Dallas and the Galaxy enter StubHub Center first and fourth, respectively, in the Western Conference standings.

For both sides, the road to the semifinals has proved difficult. The Galaxy toppled amateur side La Maquina, 4-1, before edging past the Portland Timbers, 1-0. A quarterfinal win over the Seattle Sounders booked a spot in the semifinals and, with it, a date with another Western Conference power. FC Dallas slipped past the USL’s Oklahoma City Energy on penalty kicks before toppling both the Colorado Rapids and Houston Dynamo by one-goal margins.

Just three days after taking the field in MLS play, the Galaxy could do well with some shuffling, while FC Dallas will have no such concerns following a bye week. As a result, FC Dallas should be ready to play the team’s full complement of regulars, while the Galaxy could be forced to go on without stars Giovani Dos Santos, Robbie Keane and Steven Gerrard after the trio each played 90 minutes in Sunday’s 2-2 draw with the New York Red Bulls.

In addition, the Galaxy have been without Gyasi Zardes in recent weeks due to a chest strain, meaning the team could look towards veteran Alan Gordon to lead the forward line. The big striker scored in the Galaxy’s quarterfinal win over the Sounders and has played a total of six total league minutes since June 25. Helping lead the way in that win was a pair of goals from Sebastian Lletget, who could featured on Wednesday after being removed at the 75 minute mark on Sunday. Emmanuel Boateng also seems a likely replacement should the Galaxy opt to give a bit of rest to the club’s aging stars.

FC Dallas, meanwhile, enters with a clean bill of health, aside from the ongoing concussion issues affecting Zach Loyd. The only true question that remains is how the club will replace the production of Fabian Castillo, who scored the club’s winner in stoppage time against the Dynamo last month.

In recent weeks, Ryan Hollingshead has been pegged as Castillo’s replacement and has marshaled the left wing through two wins and a draw. Hollingshead’s most recent performance saw the 25-year-old provide an assist in a 2-1 CONCACAF Champions League win over Real Esteli. Meanwhile, in Castillo’s absence, five different goalscorers have combined to produce five goals in the trio of games.

The winner of Wednesday’s clash will host the Revolution for the tournament final on September 21.