Galaxy take no positives from loss to NYCFC 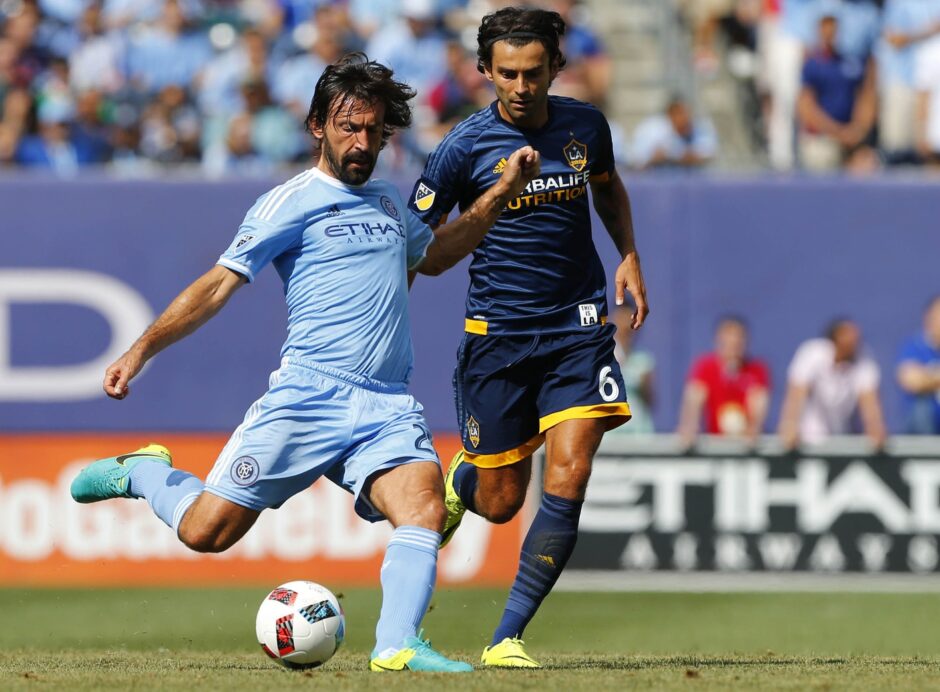 NEW YORK – Deep in the tunnels of Yankee Stadium, Robbie Keane was asked if there were any positives to take away from Saturday’s 1-0 loss to New York City FC. Noticeably disappointed from what had been an overwhelmingly frustrating performance, the Galaxy forward’s answer was short, but certainly not sweet.

The loss was the Galaxy’s first since June 18, a streak that included four wins and nine draws. Fifth in the Western Conference with a six-point gap and a game in hand on the sixth-place Portland Timbers, the Galaxy appear more than set for another playoff run.

But Saturday’s match left a bit of a stink, for several reasons. It was a performance devoid of goals, but not one devoid of talking points for the Galaxy. The Galaxy just never looked in tune from the opening minutes.

Even when the Galaxy did have chances, they went to waste. Nigel de Jong missed out on what was likely the team’s best shot of the day, a wide-open effort in the first half from just inside the penalty spot. Meanwhile, Keane, a player far more renowned for his goalscoring ability, missed on a header one would expect the Irishman to bury with ease.

Keane admitted after the game that he should have done better with his effort, while Bruce Arena said that his side’s overall wastefulness in the final third proved to be their downfall.

“Our passing, there was not a whole lot of quality to our passing in the final third today,” Arena said. “You look at the game, it’s a tight game. We conceded a goal early. First half, Nigel has an open goal and misses. Second half, Robbie Keane has an open header and he’s probably a little hesitant to head the ball coming off of a concussion and a fractured orbital bone.

“Those chances, they’re not going to come often. They kept their players in pretty tight at the end of the game. They put some players in the midfield, they clamped down. The couple of chances we get, we have to put one of them in the back of the net. That’s the name of the game.”

On the other end, though, the Galaxy were generally strong in defense. In the absence of starting goalkeeper Brian Rowe, Clement Diop filled in admirably. Keane was quick to praise the goalkeeper’s sharpness, while Arena said Diop was “okay” but improved as the game went on.

The one sequence in which Diop was left helpless was the game’s lone finish: a David Villa goal just six minutes in. However, it wasn’t without controversy.

As NYCFC fullback Ronald Matarrita’s shot was parried into the sky by Diop, Villa swooped in from what replays showed was certainly an offside position. The Spanish star fired a volley into the back of the net as the ball fell to his feet, as the Galaxy protested against a goal that should have been ruled back. The linesman’s flag never went up, and NYCFC never conceded following what was a controversial game-winner.

“My initial thought was offside,” Keane said. “I think that’s been verified. I give the linesman one thing: after that he was putting his flag up quite a lot. There were some times where I didn’t think they were offside, especially Ashley (Cole) on a few occasions. He missed it. He made a mistake.”

“They were offside on the goal. I don’t think the linesman saw the play properly with our goalkeeper out,” Arena dded. “He missed the play, and that’s life. We didn’t do well on it anyway, so we had nothing to complain about.”

Despite the team’s first defeat in nine matches, the Galaxy won’t have much time to look back and brood over what could have been. The race to the postseason continues Wednesday for a team in the thick of a crowded Western Conference playoff picture.

A midweek clash with the lowly Chicago Fire may be just what the doctor ordered for a Galaxy team looking to keep pace with teams like FC Dallas and the Colorado Rapids. Following a bit of a step back, the Galaxy face a short turnaround into what could be yet another step forward.

“It’s not that hard (to move on) because we have another game Wednesday,” Keane said. “There’s always disappointment when you lose a game, but we’ll move onto the next one.”