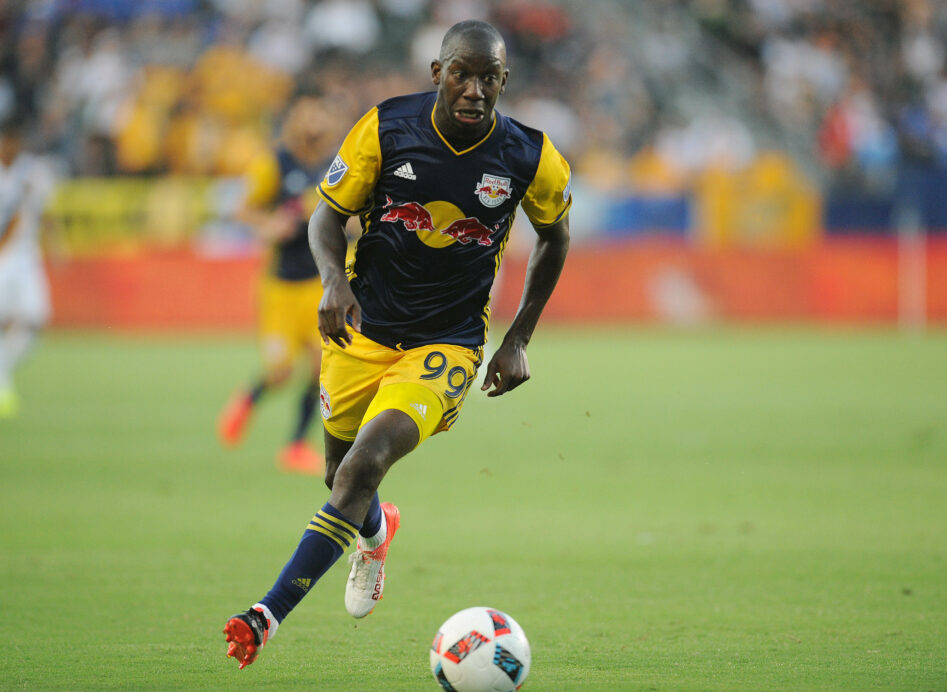 HARRISON, N.J. — One player is out for the season, another for about a month, and another remains a question mark.

The New York Red Bulls are hurting in a big way right now.

Bradley Wright-Phillips, Damien Perrinelle, and Connor Lade all suffered injuries during the Red Bulls’ 2-2 road draw with the LA Galaxy this past weekend, adding them to the club’s list of walking wounded that already includes captain Dax McCarty and reserve centerback Gideon Baah.

Updates were provided on each of Wright-Phillips, Perrinelle, and Lade on Tuesday afternoon, and the 26-year-old left back was the one who represented the worst bit of news as he will miss the rest of the season with a torn ACL. Lade sustained the right knee injury in the first half vs. the Galaxy, and will have surgery later this month.

“He’s really established himself at a high level and I think that’s the hardest part for him: that he’s become a big piece for our team, from a mentality perspective and from how he’s performed on the field,” Red Bulls head coach Jesse Marsch said of Lade, who made 18 league appearances this year. “We all kind of feel for him, we’re going to miss him, we’re going to need guys to step up. We’re going to need all our remaining outside backs to fill the void of what he’s meant to the group this year, but we also know it’s the type of injury where he’ll come back and be strong and be ready to go.”

Perrinelle is also set for a spell on the sidelines with the ankle injury he picked up in the opening half in Los Angeles. The 32-year-old centerback is expected to miss 4-to-6 weeks because of the knock, but will also use that time to recover from a knee injury that had been troubling him.

“He had a little bit of an issue with his meniscus, so we decided to go in and that’s a three-week recovery,” said Marsch. “He went in this morning and got that trimmed up. We’re kind of killing two birds with one stone here. Hopefully the timetable for him is four weeks.”

As for star striker Wright-Phillips, his recovery period is unknown. Wright-Phillips, 31, went for an MRI on Tuesday on the knee injury he sustained in the second half of Sunday’s match, and the Red Bulls are still waiting for the results.

The club is staying optimistic, however, with regards to how soon he could be back on the field.

The Red Bulls will attempt to make due without their injured bunch on Saturday when they return to action by hosting the Montreal Impact in an Eastern Conference clash at Red Bull Arena.