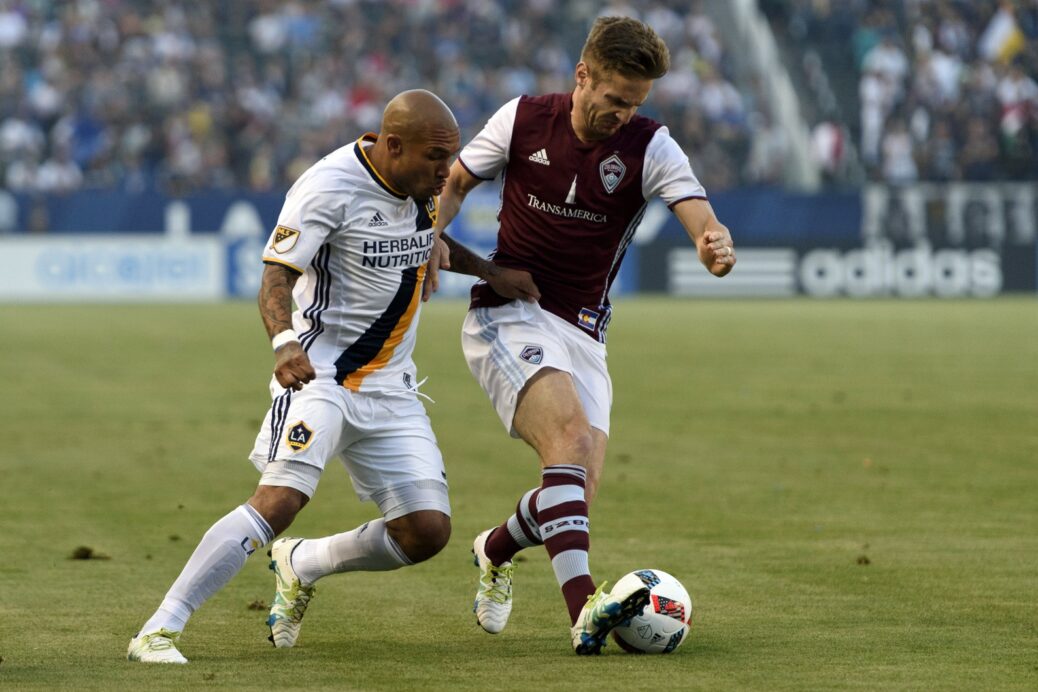 As the summer months continue to wind down, the MLS playoff race continues to heat up with Week 23 presenting several clashes between postseason contenders.

The weekend’s action is headlined by a clash of Western Conference powers as the LA Galaxy play host to the Colorado Rapids just days after a crushing U.S. Open Cup defeat. Meanwhile, FC Dallas takes on Sporting KC, as the former looks to extend their lead atop the West.

In the East, the New York Red Bulls bring a six-game unbeaten run into a clash with the Montreal Impact. The New England take on the Philadelphia Union in a match with plenty of playoff implications, while conference leaders NYCFC take on the lowly Columbus Crew.

Elsewhere, Sebastian Giovinco and Toronto FC visit the Houston Dynamo, while the Seattle Sounders look to continue a push back into the picture against Real Salt Lake.

If the Vancouver Whitecaps or San Jose Earthquake are hoping to make a playoff push, Friday would represent a good time to start heating up against a Western Conference foe.

Winless in four, the Whitecaps are very much in need of a victory. The Earthquakes, meanwhile, have drawn three straight to pull within two points of Friday’s opposition with two games in hand. Both sides enter Friday’s clash with a series of long-term injuries, while Earthquakes forward Innocent Emeghara remains questionable due to an illness.

The Argentinian star has shined in recent weeks, but the Timbers have yet to claim a road victory in 2016. The defending champions can accomplish just that on Saturday against a D.C. United team energized by the additions of Lloyd Sam, Patrick Mullins and Igboananike. Aiding the Timbers case could be the returns of Liam Ridgewell and Alvas Powell, aiding a defense that has been crippled by injuries in recent weeks.

Two of the Eastern Conference’s best collide at Red Bull Arena on Saturday.

Entering the weekend, the New York Red Bulls and Montreal Impact enter third and fourth in the standings, respectively. Unbeaten in six, the Red Bulls must march on without defenders Connor Lade and Damien Perinelle due to long-term injuries, although Saturday could see the debut of forward Omer Damari. The Israeli’s presence would be vital if Bradley Wright-Phillips is ruled out due to an injury suffered in last week’s controversial 2-2 draw with the LA Galaxy.

The Columbus Crew continue to struggle, making the Eastern Conference leaders far from a welcome sight heading into the weekend.

Winless since May, the Crew’s season is all but over at this point, barring a miracle playoff push. A bye week will help to freshen legs, but the 2015 MLS Cup runners-up face a massive test against NYCFC. To date, David Villa and co. are the league’s only team with a winning road record, having gone 6-4-2 away from Yankee Stadium this season. Aiding that cause will be Frank Lampard, who has responded to critics with eight goals in nine appearances this season.

Little more than a week after being traded, Charlie Davies returns to Gillette Stadium as a member of the Philadelphia Union.

The New England Revolution dealt the forward to the Union just before the deadline in what was one of several last-minute moves by the latter. Alejandro Bedoya is now fully in the fold, and the U.S. Men’s National Team midfielder could make his debut against a Revs team without midfielder Gershon Koffie due to suspension. Still, the Revs have a bit of momentum following a midweek U.S. Open Cup win that sealed a spot in the tournament final.

Giovinco has scored seven goals in his past four games, leading TFC to four straight wins by a combined 12-2 scoreline. While the Dynamo are winless in five, the Texas side’s struggles have been on the attacking end, not the defensive. The Dynamo have scored just once over that span, and could face further difficulties against a vastly improved Toronto FC defense.

A shocking late comeback sealed FC Dallas’ spot in the U.S. Open Cup final, but the club’s focus towards league play on Saturday with another clash with a Western Conference contender.

FC Dallas scored a pair of goals in the second half of extra time to shock the LA Galaxy midweek, but it may have come at a cost. After featuring a first choice XI in the win, FC Dallas will all but certainly need to shuffle in fresh legs on Saturday against Sporting KC. To date, Peter Vermes’ side has struggled on the road, though, and those issues away from home see the team sitting just fifth in the West.

The LA Galaxy will remain exhausted from a U.S. Open Cup defeat, but the MLS Cup contenders face a tough task against the visiting Colorado Rapids.

Following a shocking 5-0 loss to NYCFC, the Rapids bounced back in a big way against the Vancouver Whitecaps last time out. With two games in hand, the Rapids sit three points behind league-leading FC Dallas, while the Galaxy are seven points adrift. It’s a matchup of one of the league’s top backlines against one of the league’s most vicious attacks, as a Rapids defense that has surrendered just 19 goals competes against Robbie Keane, Giovani dos Santos and the Galaxy attack.

Following a 3-1 shellacking last week, Orlando City is certainly happy to see the Chicago Fire on the schedule.

The Lions were thumped by the Sounders last time out, taking away some of the goodwill established with a tenure-opening win under head coach Jason Kreis. The Fire will be tired from a midweek U.S. Open Cup loss, while even a full-strength side has scored just 20 goals in 21 matches. Adding to the Fire’s uphill battle is the potential absence of Matt Polster, who remains questionable due to a groin injury.

The Seattle Sounders still have a mountain to climb if they hope to make a run towards the postseason.

Nicolas Lodeiro has shined in his two appearances, but it was Clint Dempsey that did the damage with a hat-trick last time out. With four points from their last two games, the Sounders are 10 points out of a playoff spot while their opponents, Real Salt Lake, sit comfortably in third. The return of Chris Schuler should help RSL even further, while Yura Movsisyan is expected to return to the field this weekend.