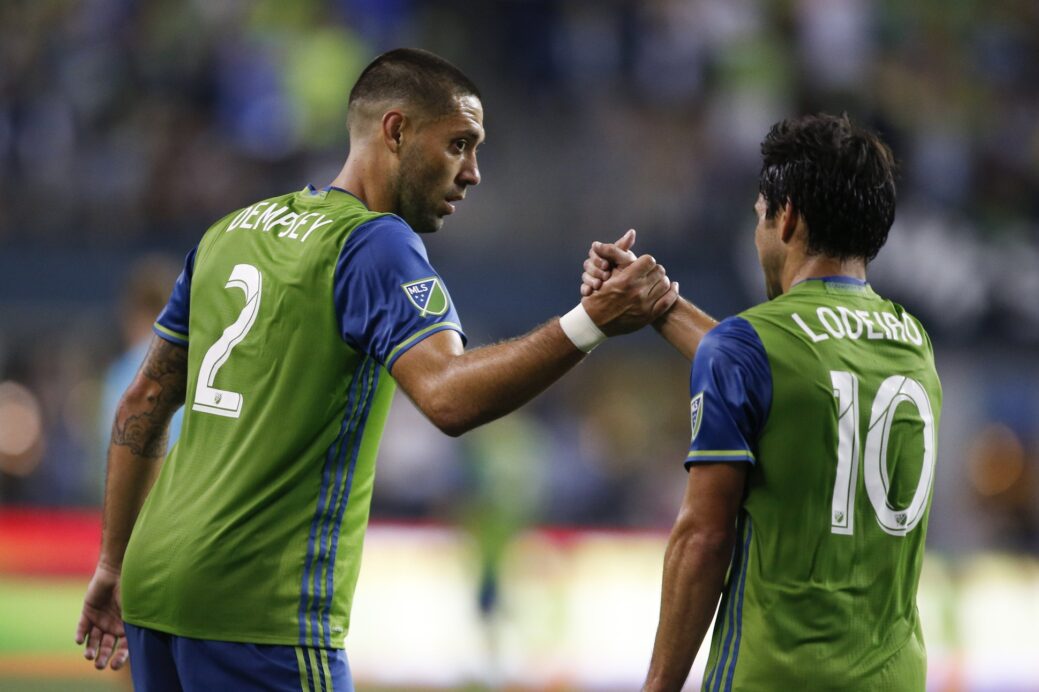 The Seattle Sounders earned a crucial rivalry win, while the Chicago Fire and Columbus Crew put an end to extended winless streaks.

Here’s a look back at all of this weekend’s MLS action:

A Clint Dempsey brace led the Seattle Sounders to a 3-1 win over the Portland Timbers. (READ)

Two goals in a three-minute span helped D.C. United earn a 2-2 draw against the New York Red Bulls in a rain-soaked clash at RFK Stadium. (READ)

For the first time since July 2014, the Chicago Fire earned a road win with a 3-0 trouncing of the Montreal Impact. (READ)

Toronto FC’s first half surge proved more than enough to earn a win over fellow Eastern Conference contender in the Philadelphia Union. (READ)

New York City FC toppled the LA Galaxy, 1-0, on a David Villa finish that was incorrectly ruled to be onside. (READ)

The Columbus Crew earned the club’s first win in three months with a 2-0 victory against the New England Revolution. (READ)

Orlando City and the Colorado Rapids played to a scoreless draw on Saturday night. (READ)