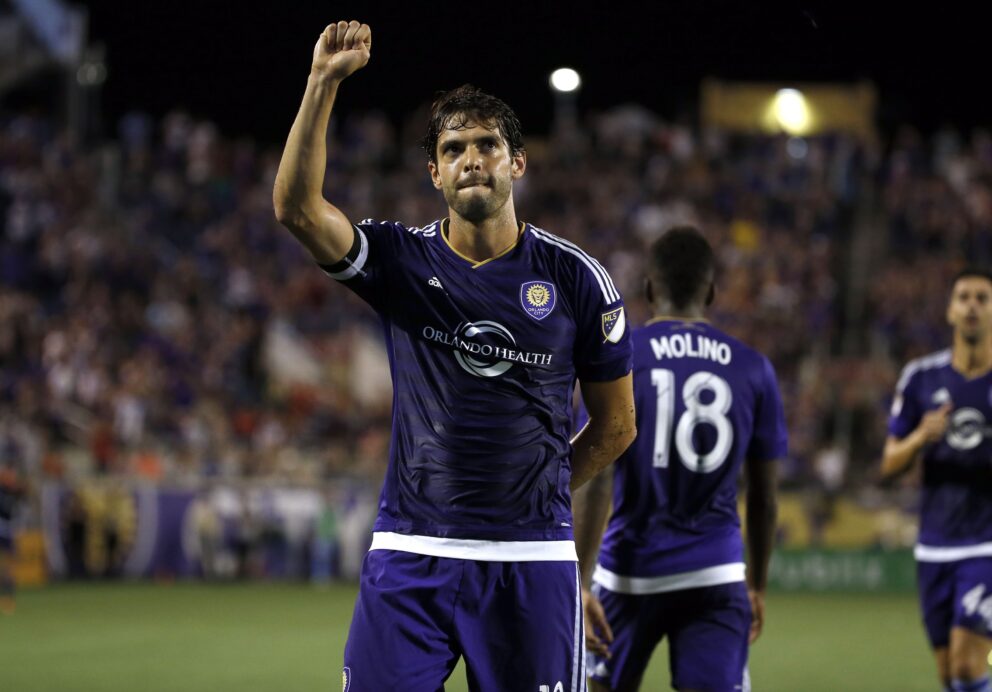 Less than one year ago, Jason Kreis was in charge on New York City FC. On Sunday, he was leading his new team to a win over his former employers that kept his side’s playoff hopes alive.

A pair of Kaka goals canceled out a finish from Steven Mendoza as Orlando City toppled NYCFC, 2-1, at Camping World Stadium. The win lifts the Lions within a point of sixth-place D.C. United, while the loss keeps NYCFC in second place behind Toronto FC.

The first half proved fairly fast-paced as both sides looked to attack on the counter, but it was Kaka that struck first was a strong solo effort. As a counter attack broke down, the Brazilian star beat his man down the line and into the NYCFC box. Although his first shot was parried by Josh Saunders, Kaka tapped home the ensuing rebound to push the Lions ahead, 1-0.

Mendoza pushed NYCFC back on to level terms just 10 minutes into the second half, but Kaka restored the hosts’ advantage for good eight minutes later. After being taken down by Maxime Chanot, Kaka buried the ensuing penalty kick for his sixth goal of the season.

It was all Orlando City would need to earn the team’s first win in five games while halting NYCFC’s four-game unbeaten run. Orlando City returns to action on September 7 against the Montreal Impact, while NYCFC takes on D.C. United this Thursday at Yankee Stadium.

Kaka was far and away the standout from Saturday’s clash, leading the way with two goals in a game that was as big as any for Orlando City.

Just minutes after conceding an equalizer, Orlando City was pushed back in the lead by Kaka’s penalty kick, a finish that proved to be the decisive goal.

Aside from Steven Mendoza and Ronald Matarrita, most of NYCFC’s team looked a step off, but David Villa had a particularly uncharacteristic game. The MVP contender just never truly looked threatening, a situation that usually spells disaster for NYCFC.