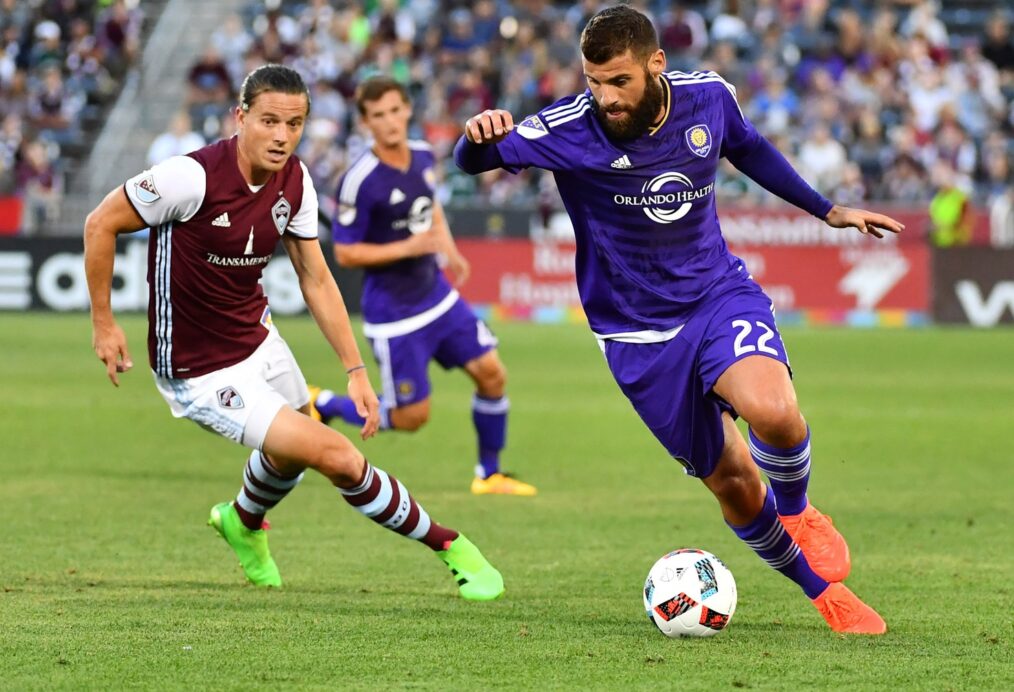 20 total shots were fired in the Colorado Rapids’ clash with Orlando City on Saturday night. None went in.

With the draw, the Rapids sealed their 10th clean sheet of the season, but also the team’s sixth draw in nine matches. Orlando, meanwhile has drawn 13 of 28 matches this season.

Despite the amount of shots taken, both goalkeepers were relatively untested. Tim Howard was called upon to make just two stops on the night, while Joe Bendik made just one. The game’s best chance fell to Shkelzen Gashi, who saw his shot hit the back of the net before it was ruled back for offside.

Following the draw, the Rapids take on Real Salt Lake on Friday while Orlando City hosts Toronto FC on Wednesday.

Antonio Nocerino was vital for Orlando City yet again. The Italian’s distribution was solid throughout Saturday’s match, while his defensive work may have gone a bit unnoticed in a solid draw for the Lions.

Shkelzen Gash appeared to have fired the Rapids into the lead, but an offside call prevented what would have been the game’s only goal.

Cyle Larin was held particularly quiet by the rock-solid Rapids defense throughout a lackluster night for the star forward.