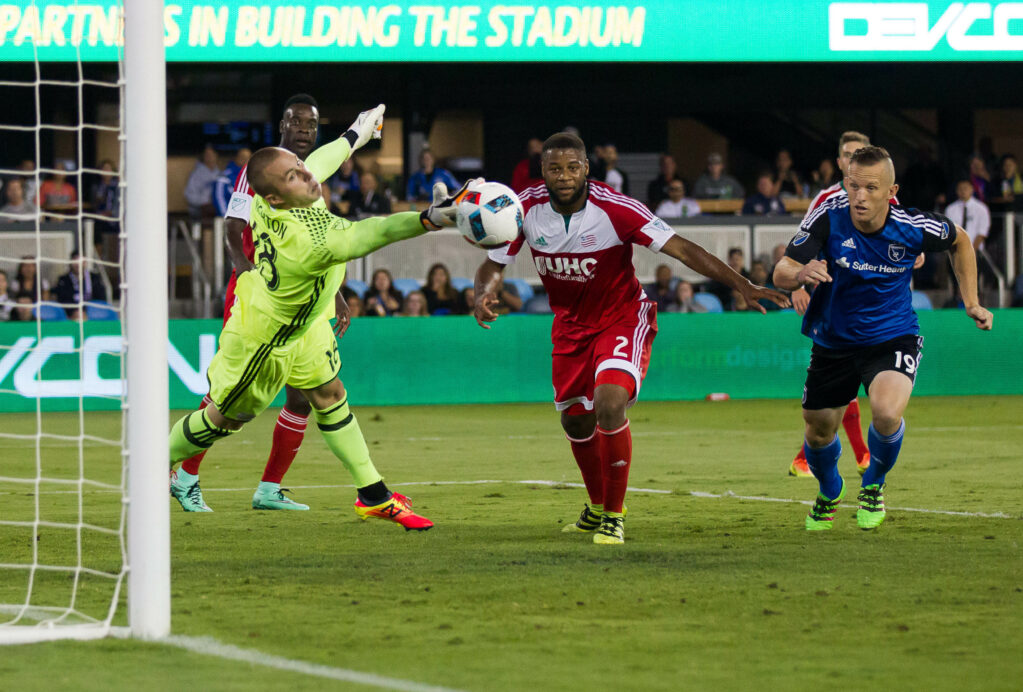 Neither the New England Revolution or San Jose Earthquakes could find the back of the net on Wednesday night at Avaya Stadium as the two sides closed out the MLS midweek action with a 0-0 draw.

The pair of teams fighting for playoff positions in their respective conferences could only manage a combined four shots on target in the only scoreless match in league play on Wednesday.

The best chances from the Revs and Quakes came in the second half as a few substitutes brought some much-needed action to the pitch. Teal Bunbury was lively in the final third for the Revs, but he was unable to complete any of his half-chances at the start of the second half.

Kei Kamara had the best opportunity to score in the match in the 60th minute as he raced into the center of the penalty area and moved to the right. Kamara ran onto the end of a through ball into the penalty area from Lee Nguyen but was shifted to the right by a charging David Bingham and the Sierra Leone international struck the bottom of the right post with his attempt.

The best the Quakes could offer were a handful of wishful attempts from distance. Substitute Chad Barrett, who came on for the injured Quincy Amarikwa near the end of the first half, struck a long-range effort that came close to hitting the upper left corner of the net.

The draw kept the two clubs in the same place they started the night in their respective tables. The Revolution remain at eighth in the Eastern conference, just two points off sixth place DC United. They’ll visit the New York Red Bulls this Sunday afternoon.

The Earthquakes remain even with the Portland Timbers on points in the race for the final Western conference playoff spot and maintain their one point lead over the Seattle Sounders. They’ll continue their push with a visit to the Columbus Crew on Saturday evening.

Andrew Farrell and the Revs back line handled the San Jose attack well as the chances came few and far between.

Kamara’s chance in the 60th minute was the closest anyone came to scoring in the match. Unfortunately for the forward, the ball struck the right post on its way toward goal.

Chris Wondolowski and the Earthquakes forward corps had a rough night as they only threw one shot on goal over 90 minutes.