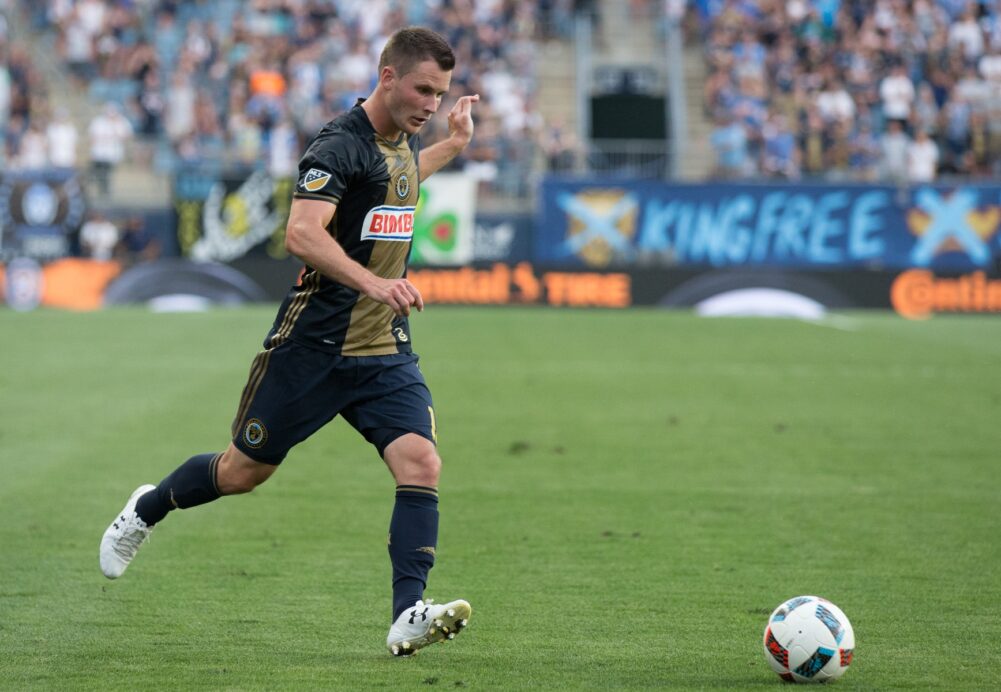 The Philadelphia Union’s rookies stepped up in a major way on Wednesday night.

Two of the three rookies selected in the 2016 MLS Draft by the Union contributed a goal each in a 2-1 win over the Columbus Crew on Wednesday. Fabian Herbers opened the scoring for the visitors at Mapfre Stadium, while Keegan Rosenberry netted a vital winner in the 74th minute. Fellow first-year man Joshua Yaro also impressed at center back with his closing speed and positioning against the dangerous Crew attack.

The first half produced little in the form of quality chances as both teams failed to break down the opposing defenses. The top opportunity in the opening stanza came off Ethan Finlay in the 15th minute as the winger made contact with a cross from close range, but Andre Blake was there to make the denial with his chest.

Steve Clark made one key save in position near the right post in the 27th minute as he easily caught Chris Pontius’ header off a Keegan Rosenberry cross. The Eastern Conference foes went into the locker room on level terms, but it would not remain like that for long as three goals were scored in the second frame.

Jim Curtin’s men struck for the opener in the 60th minute as Herbers benefited from a rebound on the right side of the box to slide a shot past Clark into the left side of the net. Tranquillo Barnetta started the attacking move with a nice flick toward Pontius, who moved from left to right in search of a shot. Instead of testing Clark, the midfielder found Herbers, who had his initial shot bounce off Hector Jimenez before receiving a second-chance opportunity.

The Crew bounced back with an equalizer in the 73rd minute after a strange sequence in front of the net. Blake pushed the ball off the crossbar with a save, but Warren Creavalle could not keep Adam Jahn’s rebound off the line.

Before anyone could even begin arguing whether Jahn’s goal crossed the line, the Union were celebrating their second goal thanks to Rosenberry. Rosenberry cut into the right side of the box and sent a shot past Clark to silence the overjoyed crowd in Columbus.

The win moved the Union level with the New York Red Bulls on 37 points in the Eastern Conference playoff race. The Crew remained at 23 points in ninth place with the loss.

Keegan Rosenberry was a force on both ends of the pitch for 90 minutes. He surged forward in the first half with ease and followed that up in the second with his goal. The rookie out of Georgetown also limited the Crew’s attacking chances on the left wing.

Keegan Rosenberry’s game-winner came within a minute of the Crew’s equalizer. The goal killed all of the Crew’s momentum and handed the Union a vital boost in the playoff race.

Ola Kamara was replaced in the 63rd minute by Adam Jahn after a far from efficient night in the final third for the home side.