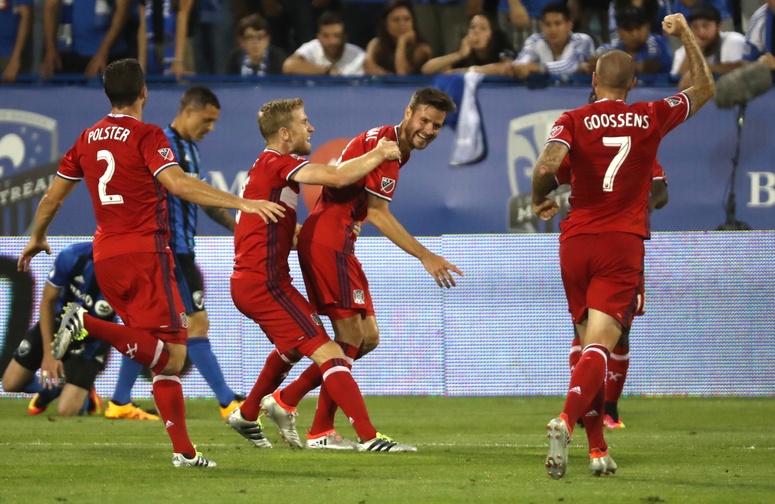 Throughout 2016, the Montreal Impact have remained among the East’s top contenders, but Saturday night saw a shocking defeat to the conference’s bottom-dweller.

Goals from Luis Solignac, David Accam and Matt Polster sealed an upset on Saturday as the Chicago Fire toppled the Impact, 3-0, at Stade Saputo. The win is the Fire’s first road win since July 2014.

Accam and Solignac combined on the game’s first goal, which came 15 minutes in. Following a pass from Accam to help push the counter, Solignac darted into the box with his fellow forward running alongside him. After creating space, Solignac was free to shoot, firing a curler to the far post to open the scoring.

On the second, Accam etched his name onto the scoresheet with a 73rd minute goal, one that all but put the game out of reach. Following a ball in from Arturo Alvarez. Michael de Leeuw fired a shot towards goal. Luckily for Accam, his teammate’s effort banked right off his foot into the back of the net, giving the forward a fortunate, but deserved, goal.

Polster added a third with just minutes remaining, sealing a lopsided upset over a conference contender.

Following the win, the Fire return home on Wednesday to host the LA Galaxy while the Impact host D.C. United that same day.

After helping create the game’s first goal, David Accam was credited with the second thanks to a fortunate deflection, sealing a hard-fought road win for a team that waited too long to get one.

Luis Solignac’s opener got the Fire started, but the late goal from Accam removed any doubt over who would claim Saturday’s match.

For the entire Montreal Impact team, Saturday was a bit of a stinker. After falling to the New York Red Bulls, 3-1, the Impact need to shake something up to break out of their current mini-slump.