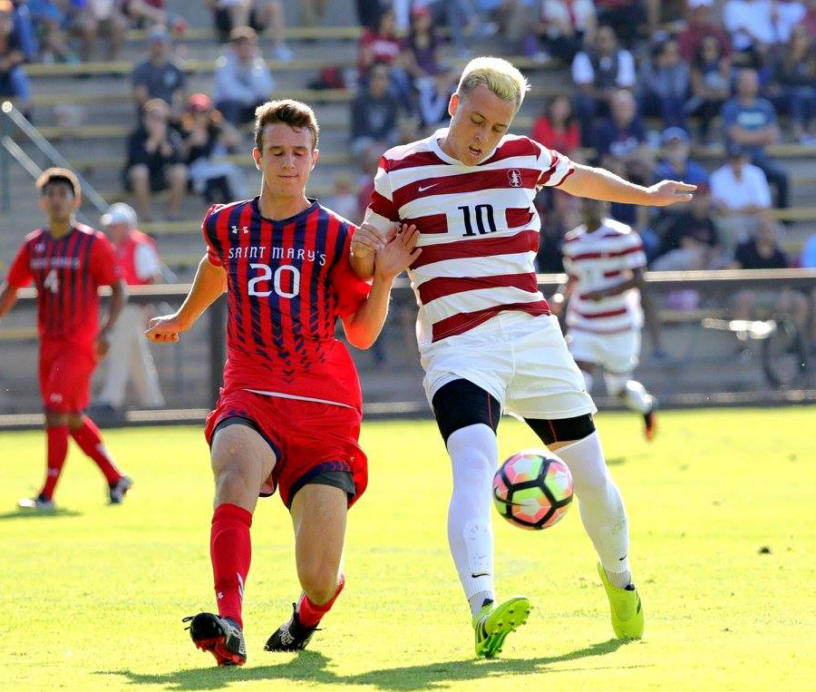 Stanford may not have Jordan Morris anymore, but the defending NCAA champions will have a target on its back nonetheless, and on Sunday, the Cardinal showed the heart of a champion by pulling off the comeback of the weekend.

No. 3 Stanford battled back from a 2-0 deficit, and a red card, to earn a 2-2 draw against St. Mary’s (CA). St. Mary’s led Stanford 2-0 when the Cardinal’s Thomas Hillard-Arce was shown a straight red in the 77th minute. Foster Langsford opened the scoring for Stanford a minute following the red card, and Drew Skundrich equalized three minutes later, helping Stanford maintain a home unbeaten streak that dates back to 2014.

Georgetown, ranked No. 7 to start the season, suffered a second straight loss, falling to West Virginia, 1-0, on Sunday. The 81st minute game-winner by Tucker Stephenson helped give the Mountaineers their first win against a top-10 foe since West Virginia won at No. 8 Indiana in 2013 and the first neutral-site ranked win since 2011 against No. 11 Virginia. The Hoya’s are now 0-2 following a pair of 1-0 defeats.

No. 25 Monmouth fell hard to UMass-Lowell at home 3-0. Redshirt-freshman Ivan Abramovic scored his first two career goals and added an assist, as UMass Lowell blanked Monmouth. Abramovic became the first River Hawk to have two goals in a game since Homero Morais netted a pair in a 3-2 win against Stony Brook in 2013. Abramovic is also the first player in the program to record five points in a contest in the Division I era.

The other OT winner saw No. 19 UC-Santa Barbara head to Columbus, Ohio and defeat No. 16 Ohio State 1-0 on the back of junior midfielders Kevin Feucht’s game winner, three minutes into the extra period.

SBI No. 6 Akron zipped by No. 12 Seattle late, 1-0, in the finale of the Akron Classic. Junior Tyler Sanda sealed the deal for Akron in the 88th minute.

Here is a rundown of the top college results from Sunday and Monday results: