Toronto FC happy, but not satisfied as they chase top spot in East 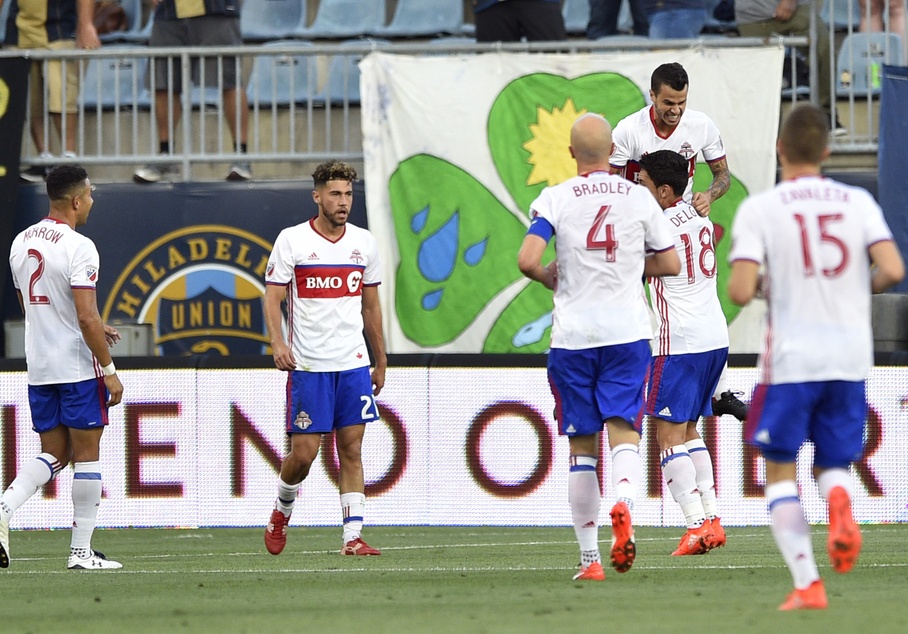 CHESTER, PA– Every player in the Toronto FC locker room knows what the schedule looks like at the back end of the season, but they aren’t relying just on their long stretch of home games in September and October.

Toronto’s 3-1 road win over the Philadelphia Union on Saturday at Talen Energy Stadium was proof of that as the Reds earned some valuable separation from the teams beneath them in the Eastern Conference table and remained one point back of New York City FC in the race for first place .

“For us, we know we have the home games, but it’s important that we don’t rely on the home games at the end,” Toronto boss Greg Vanney said. “It’s when we have opportunities, like today we were fortunate to get ahead, that we seize those moments and take those points.”

After Saturday’s victory, Toronto has three road games remaining, two of which come before September 18. After that point, five of the final six matches on their schedule are at BMO Field.

With three games left on their travels, the Reds want to take as many points as possible before taking advantage of their remaining home contests.

Toronto FC also faces Eastern Conference foes for the rest of the regular season. Every game presents the Reds with a chance to create distance in the table.

“It’s nothing but Eastern Conference teams from here on out,” Toronto center back Drew Moor said. “Teams that are fighting for playoff spots and teams that are close to us in the standings, and we still have a team in front of us that we have to catch.”

Moor also expressed the Toronto locker room didn’t feel satisfied with the 90-minute performance. The Reds netted three tallies in the first 45 minutes and then held on to the lead without conceding many significant chances to the hosts.

“The result is fantastic, but we all feel like we have more to offer,” Moor said. “The second half performance probably wasn’t good enough, but when you come on the road against the Union and win 3-1 and come (in the locker room) and feel like you have more to offer, I feel like it’s a sign of a team that is committed to go very deep this season.”

The motivation of the Reds has been driven by a playoff loss in the knockout round to Montreal a year ago.

In order to be fully satisfied with their regular season performance, the Reds want to have as many postseason home games as possible.

“We made it to the playoffs for the first time, but we had to play on the road and we learned a quick lesson that winning a playoff game on the road in a do or die situation isn’t the easiest thing to do,” Vanney said. “It’s a mission of ours to try to lock down every point and try to position ourselves to open the postseason at home.

“We want to give our fans a home playoff game that they can attend, many of them if possible, but our regular-season priority is to get into a home playoff position and obviously winning the East would be our number one goal.”