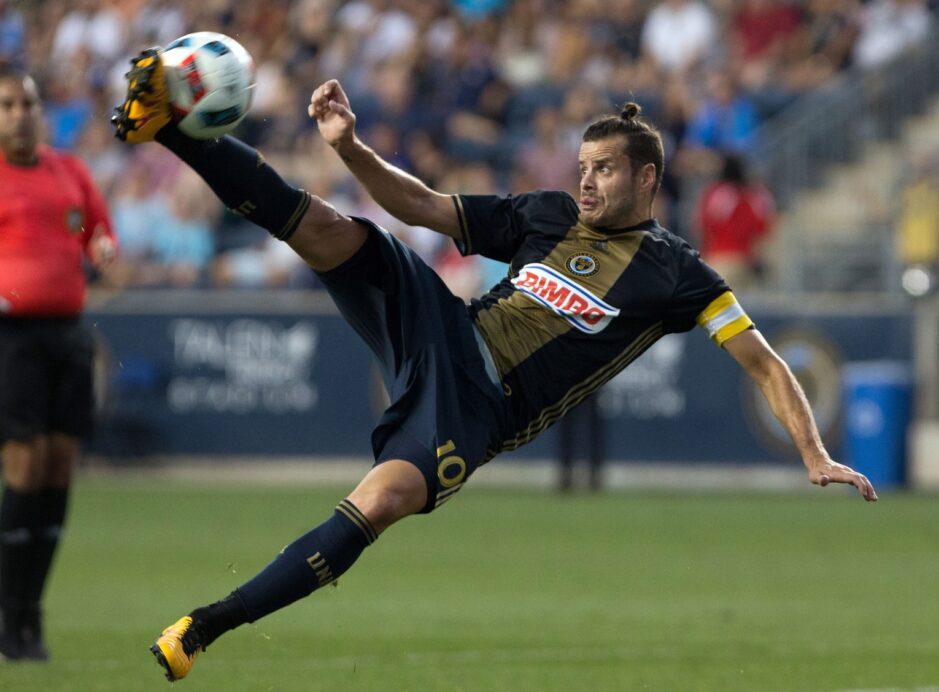 CHESTER, PA–The Philadelphia Union managed their contest with Sporting Kansas City on Saturday to reaffirm their spot in the Eastern Conference playoff race

The Union put away nine-man Sporting KC, 2-0, behind second-half goals from Roland Alberg and Tranquillo Barnetta. The win temporarily moves the Union into third place in the Eastern Conference.

The Union dominated the significant chances in the first half, but they were unable to get one past Sporting netminder Alec Kann. Kann came up big for the first time in the ninth minute as he dove from left to right to stop an incoming attempt off the boot of Tranquillo Barnetta. The Sporting goalkeeper also made a solid denial on Chris Pontius on the left side of the box in the 27th minute.

Neither created much in the final third at the start of the second half, but the action heated up in front of the Sporting KC goal after a second yellow was handed out to Jimmy Medranda. Medranda fouled Keegan Rosenberry on the right edge of the penalty area to earn his sending off. He previously earned a caution in the first half for a tackle at midfield.

Alberg made the visitors pay immediately as he delivered a beautiful shot into the upper-right corner of the net in the 67th minute. The goal was the ninth of the year for the Dutch midfielder, who entered two minutes prior to his strike from just outside the penalty area.

The hosts almost recorded a second tally in the 84th minute, but Kann made a terrific denial on Alberg in the middle of the goal after Charlie Davies produced a nice pass from the right side of the box.

Sporting went down to nine men in the 87th minute as Roger Espinoza appeared to elbow Alberg 25 yards from the Sporting goal. However, the replay showed a red might not have been deserved on the play. Barnetta finished off the result for the Union at the start of second-half stoppage time as he broke away into the center of the pitch and slotted a shot past Kann.

The win moved the Union up to 40 points and third place in the Eastern Conference, while Sporting KC remained in fifth in the Western Conference with 38 points.

Roland Alberg came off the bench to record a goal and an assist in 25 minutes to help the Union regain a foothold on home soil.

Jimmy Medranda’s red card shifted the balance of the match as it allowed the Union to completely dictate the pace of play.

Dom Dwyer’s chances were limited by the center-back combination of Joshua Yaro and Richie Marquez. The physical man up top for Sporting was unable to become a consistent threat over 90 minutes.