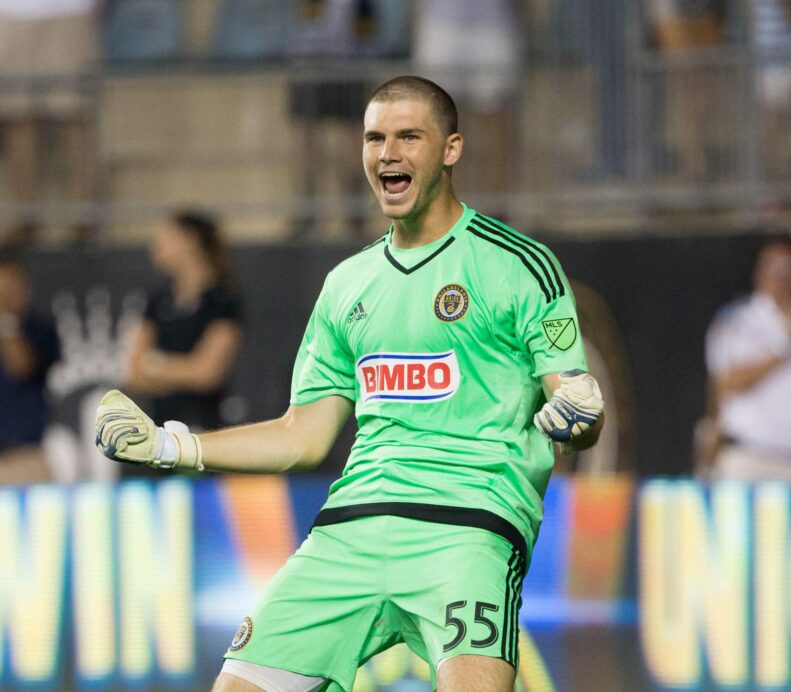 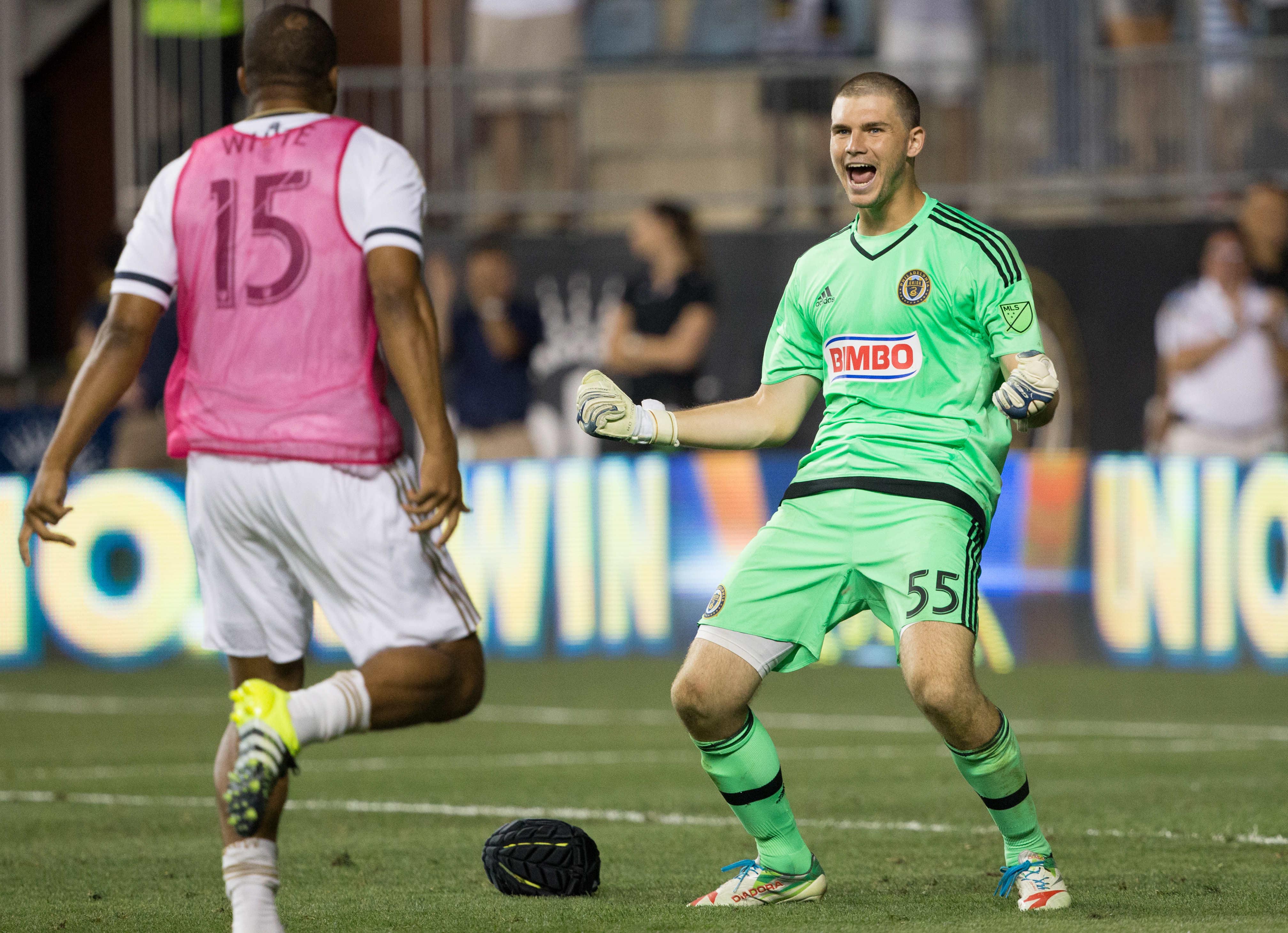 With Andre Blake off on international duty with Jamaica this week, the Philadelphia Union are forced to tap into their reserves at the goalkeeper positions.

Union boss Jim Curtin confirmed on Wednesday that John McCarthy will start in between the pipes for Saturday’s visit to Chicago.

The 24-year-old will be making his first start in 2016, but he carries a decent amount of experience into the match.

“He’s a professional,” Curtin said. “This is what he prepares for. It’s similar to a backup quarterback role where you have to be ready when your number’s called and I know John will. He’s a guy I trust a great deal. He’s won us big games last year and I expect him to do the same in Chicago.”

Curtin has confidence in his back-up goalkeeper from the club’s run to the U.S. Open Cup final a year ago in which McCarthy featured in a starring role. McCarthy also played 11 league matches in 2015 when Blake was out injured.

“The only way to learn is to be out there in the real games and John did that for us last year and obviously the Open Cup run was special as well,” Curtin said. “He’s a guy who’s confident. He’s not phased by pressure. I think he embraces pressure. He’s a fighter. He’s got a good, strong mentality and he works his tail off in training. He’s one of our hardest working guys. I’m happy and excited for him to get his opportunity now.”

Curtin also provided reporters with an update on midfielder Maurice Edu, who is inching closer to a return to the first team.

“Mo goes through a test tomorrow to see the strength in the leg,” Curtin said. “That’ll be a Thursday test at 10 am sharp. I’m anxiously awaiting the results. Mo wants to be on the field. We’re better when Mo’s healthy and on the field. It’s been a long process for him. “

If Edu passes the test, he’ll get minutes with Bethlehem Steel in the USL before returning to MLS action. If he does come back within the next few weeks, Edu will bolster an already crowded midfield depth chart that has forced Roland Alberg to the bench.

“If he does pass the test the idea would be to have him play on the weekend against a very good Red Bull II team,” Curtin said. “I’m excited for him. He’s put a ton of work in getting back. Our medical staff has done a great job getting him back as quick as possible. It’s been a lot of peaks and valleys, but the end is in sight.”

Curtin should bring as close to a full squad as possible to Toyota Park as Brian Carroll and Ilsinho both appear ready to make an impact after short injury breaks. The only players who will unavailable for selection are Blake, Alejandro Bedoya and Edu.

“(Brian) responded well,” Curtin said. “He’s a quick healer. Both him and Ilsinho are back quick and it looks good. I think they’re both on trend to be ready for Chicago.”