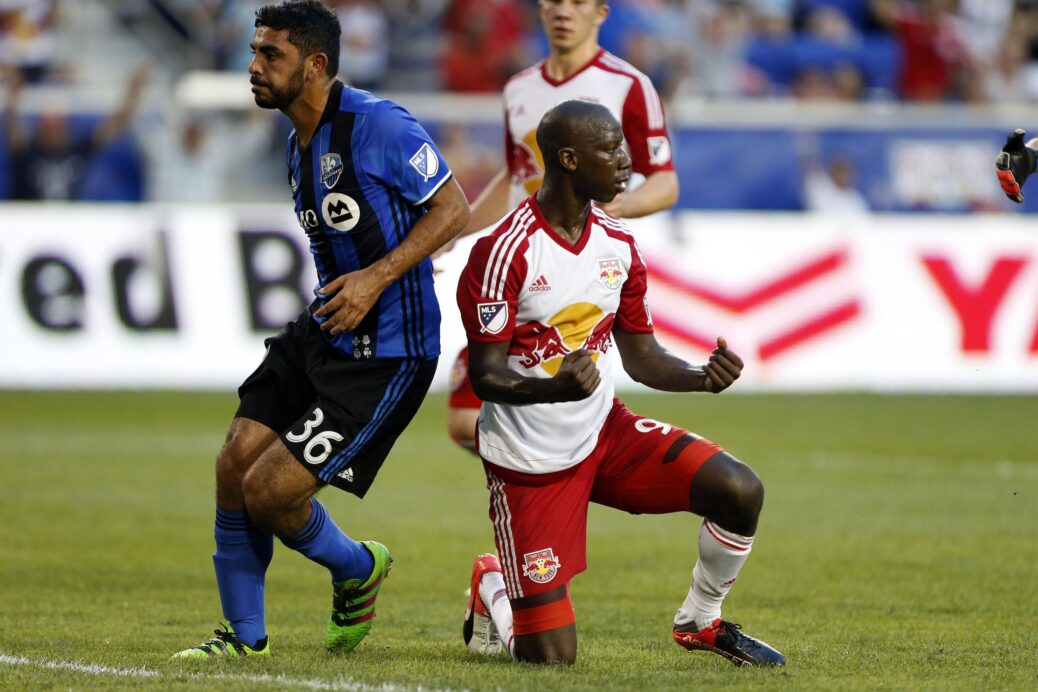 The New York Red Bulls have been hot as of late, and, even without head coach Jesse Marsch on the sidelines Saturday night, the team comfortably handled their Eastern Conference foe.

Bradley Wright-Phillips netted a pair of first half goals for the Red Bulls, as the home side defeated the Montreal Impact, 3-1, and extended their unbeaten streak to seven matches. The second for Wright-Phillips marked his 59th league goal and helped the Englishman break the club record for MLS tallies, which was previously held by Juan Pablo Angel (58).

With the Red Bulls already in control heading into the second stanza, things went from bad to worse in the blink of an eye for the Impact.

In the 46th minute, Sean Davis netted his second goal of the season off of a Mike Grella cross, while the Impact were reduced to 10 men just two minutes later when Ambroise Oyongo was shown a red card for a dangerous tackle on Davis.

Just a minute after the Impact opened the scoring on the road, Wright-Phillips leveled the match up in the 22nd minute following a clever through ball from Sacha Kljestan. The assist for Kljestan marked his 14th of 2016, which leads the league.

Ignacio Piatti continued his impressive campaign with his 13th goal of 2016 after a perfectly-executed counterattack gave the Impact the lead. Matteo Mancosu was sprung in on goal after a long ball forward in the 21st minute, before the Italian played the ball across the face of goal for Piatti.

The Red Bulls will be back in action again on Tuesday when the team heads to El Salvador to face Alianza in the CONCACAF Champions League. The Impact will play in a week’s time when the Canadian side hosts the Chicago Fire.

Records are meant to be broken, and Bradley Wright-Phillips is in possession of another after his brace on Saturday night.

After overcoming the early deficit, Wright-Phillips netted his second finish of the match and broke the team’s record for MLS goals in the process.

Ambroise Oyongo will want to forget his evening after being sent to the locker room early for a poor tackle on Sean Davis.