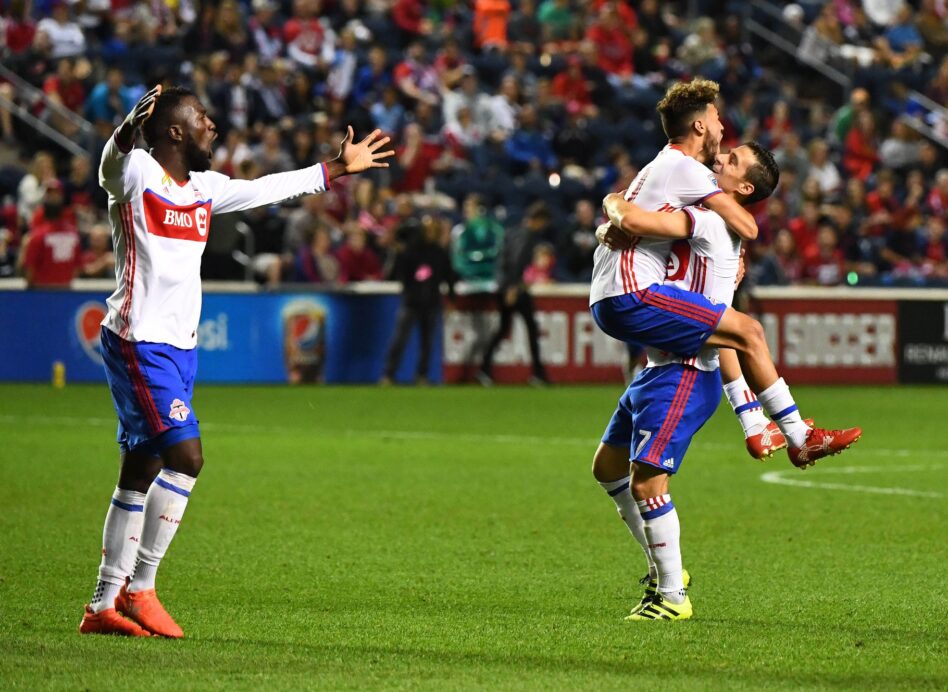 After shining for the U.S. Men’s National Team during the international break, Jozy Altidore’s recent hot streak continued on Saturday with Toronto FC.

Altidore provided a goal and an assist on Saturday night, leading the way in a 2-1 win over the Chicago Fire. The win is TFC’s seventh win in nine games, while the Fire have now lost two of three.

The USMNT forward opened the scoring in the 33rd minute. An overload on the left-hand side of the pitch allowed Justin Morrow time and space to send in a low cross into Altidore’s feet at the top of the box. With a cool first touch, he calmly slotted the ball past Sean Johnson and into the corner of the net.

Both Altidore and Johnson played a part in the game’s second goal, as the Fire keeper’s mistake put TFC through to double their lead. After pouncing on a loose ball just inside the box, Johnson’s errant throw fell right to Altidore. The TFC forward laid a pass off to Jonathan Osorio, who chipped a shot from range to double the lead in the 52nd minute.

Six minutes later, Michael de Leeuw brought the Fire back within one, but a second never came as TFC emerged from Toyota Park with a vital three points as the Eastern Conference playoff race continues.

Following the win, Toronto FC moves top of the Eastern Conference ahead of a clash with fellow contenders in the New York Red Bulls next Sunday. The Fire, meanwhile, remain in the conference basement heading into a meeting with D.C. United on Friday night.

Jozy Altidore continues to be one of the league’s most in-form players, and his effort on Saturday was another standout performance for a forward leading his team in a time of need.

Sean Johnson’s second half giveaway all but sealed the game for Toronto FC while dooming the Fire to yet another loss.