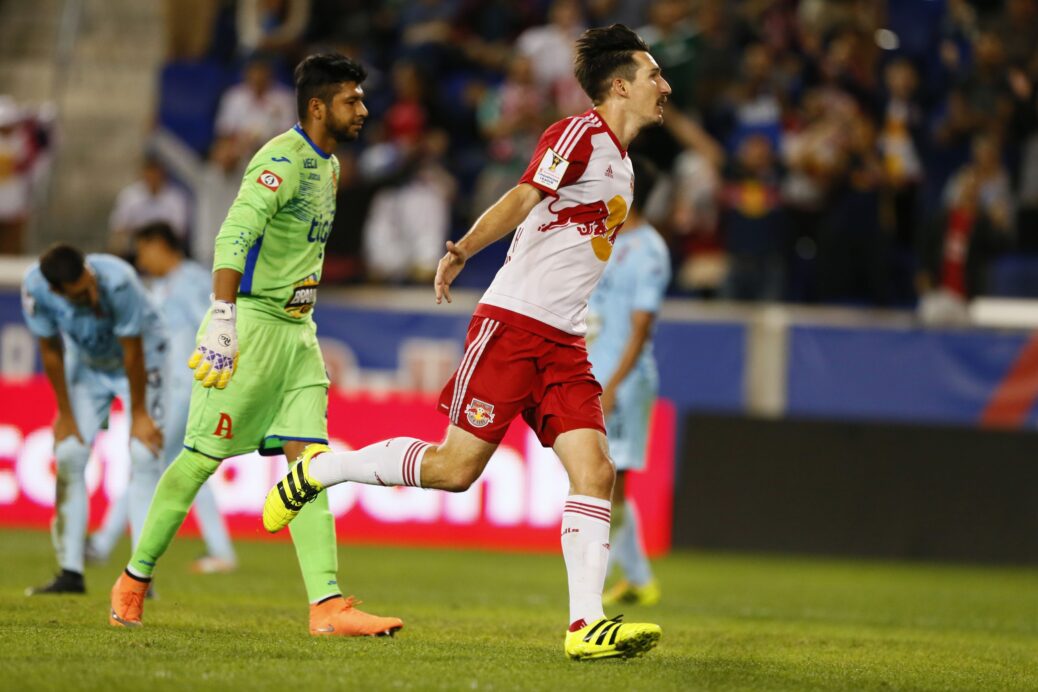 While the Vancouver Whitecaps toppled MLS rivals Sporting Kansas City, the New York Red Bulls took down Alianza FC on a late winner from Sacha Kljestan. On the other end, the Portland Timbers settled for defeat, dropping a 4-2 clash with Costa Rican side Saprissa.

Locked in a 0-0 draw throughout 90 minutes, the Red Bulls found their breakthrough through Kljestan with the game winding down. Played in by Gonzalo Veron, Kljestan fired a shot first time, leading the Red Bulls to a 1-0 win over El Salvadoran side Alianza, who were eliminated with the defeat.

The Whitecaps victory came just as late, and was the result of the play of 15-year-old Alphonso Davies. After assisting Erik Hurtado’s opener before Diego Rubio’s second-half equalizer, Davies fired a 93rd minute winner to eliminate Sporting KC from the competition while sealing the Whitecaps’ spot in the knockout round.