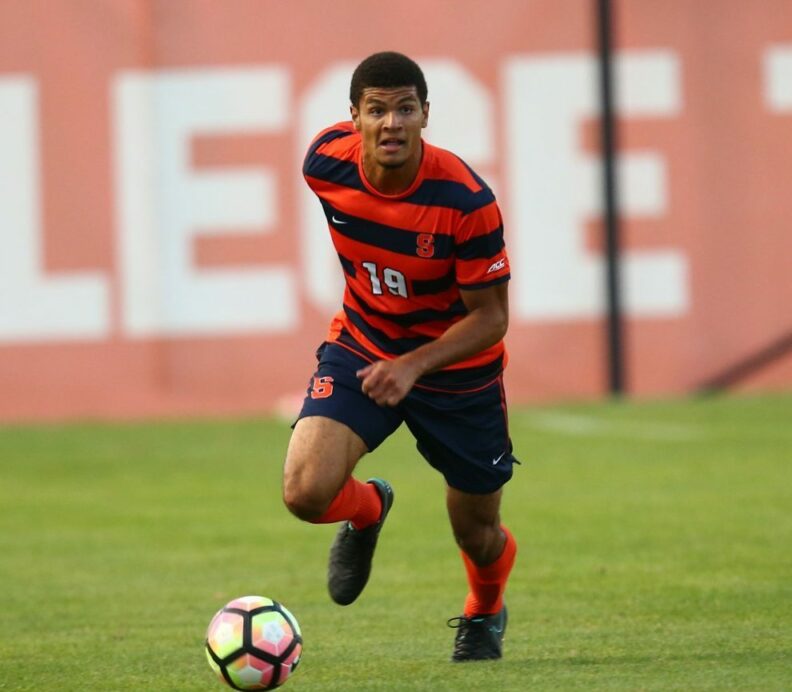 Conference play continues Friday night in the ACC with two of the nation’s top three teams in action.

SBI No. 1 ranked Notre Dame and No.2 ranked Syracuse hope to remain perfect on the season after both schools have begun the campaign with six straight wins. Meanwhile,Utah Valley continues to be the Cinderella story of 2016, as the Wolverines jump to No. 12 in the SBI rankings this week following a 5-1 start to the season.

With a +17 goal differential, Notre Dame looks to continue their offensive dominance on the road Friday night against Louisville. In six games this season, the Fighting Irish have scored 15 goals and have only allowed 2. Along their path of dominance, Notre Dame has defeated (16) Stanford, 2-1, and (18) Virginia Tech, 4-1. 24th ranked Louisville will be a test for Notre Dame as the Cardinals enter Friday’s match with a 4-1-1 record including a shut out victory on the road against UConn, 2-0.

The Orange have outscored opponents 14-3 this year, but Syracuse face their first nationally ranked team on Friday night in a clash with 17th ranked Boston College at SU Stadium. Syracuse have received goals from seven different players so far this year. Chris Nanco leads Syracuse in scoring with four goals, and Johannes Pieles is in second with three goals. Pieles is also tied with Oyvind Alseth for team leading assists with two. The Eagles have had only one other road game this year defeating Quinnipiac, 2-0,

It was only two years ago when Utah Valley made their NCAA division 1 debut. In their first two seasons combined, the Wolverines have are 23-13-4. Now, the entire college soccer nation is talking about Utah Valley after the Wolverines have compiled a 5-1 record, with victories coming against No. 23 Gonzaga and Washington. Utah Valley’s lone loss came against an undefeated Loyola-Chicago (5-0), 2-0, in Dekalb, Illinois. The Wolverines host Cal State Northridge on Saturday night, at 9 p.m.

Here is a rundown of this weekend’s top college matches:

Seattle vs College of Charleston, 10 pm

Delaware vs William and Mary, 7 pm