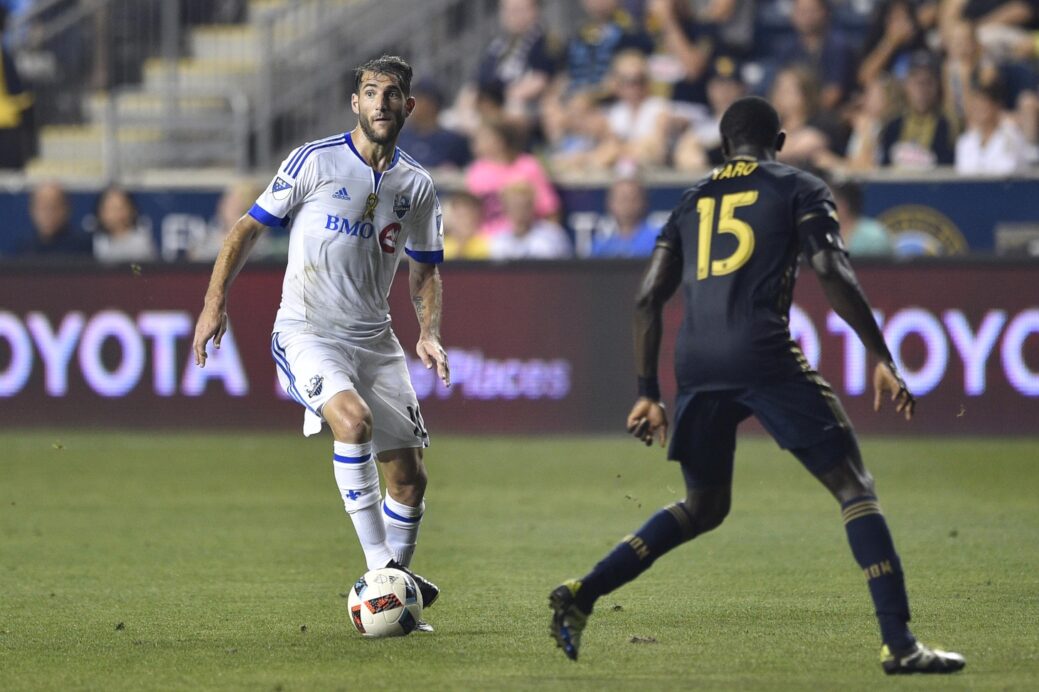 CHESTER, PA–The Montreal Impact stole a point from the Philadelphia Union late in the second half at Talen Energy Stadium on Saturday night.

Matteo Mancosu leveled the score at 1-1 in the 88th minute after the Union appeared to have the lead in safe keeping.

The visiting Impact should’ve moved ahead by a goal on two occasions in the first half, but they failed to score in front of the net in the first 10 minutes.

The first opportunity came in the seventh minute as Matteo Mancosu’s shot from space on the right side of the box deflected off Lucas Ontivero and out of play. Ontivero was standing a few feet from the goal line.

Patrice Bernier was the next Montreal player to miss a golden chance three minutes later as his redirection of an Ignacio Piatti shot went wide right.

Nothing happened in terms of chance creation for the rest of the first half until Barnetta’s first significant touch of the match produced the opener.

Barnetta cut inside from the right and sneaked his shot between two closing defenders to put Jim Curtin’s men ahead right before the half-time whistle.

The Impact didn’t produce a consistent threat in the final third until the back end of the second half as Mancosu found himself at the back post ready to nod in the equalizer.

Blake attempted to race across goal and get a hand to the shot, but Mancosu’s headed the ball into a perfect spot in the top-left side of the net.

The draw kept the clubs in the same position in the table they entered Saturday night in, but it felt like two points dropped for the Union and a vital point earned for the Impact as the race for home playoff games in the wild-card round heats up.

Piatti was the most consistent chance creator throughout the 90 minutes in the heat. If the Impact were able to finish in the first half, he would’ve had at least one assist to his name.

Mancosu’s late equalizer shifted the Eastern Conference playoff race once again as the Impact earned a key point on the road against the team directly above them in the standings.

Joshua Yaro was turned around and caught out of position on most of the Impact’s chances over 90 minutes.