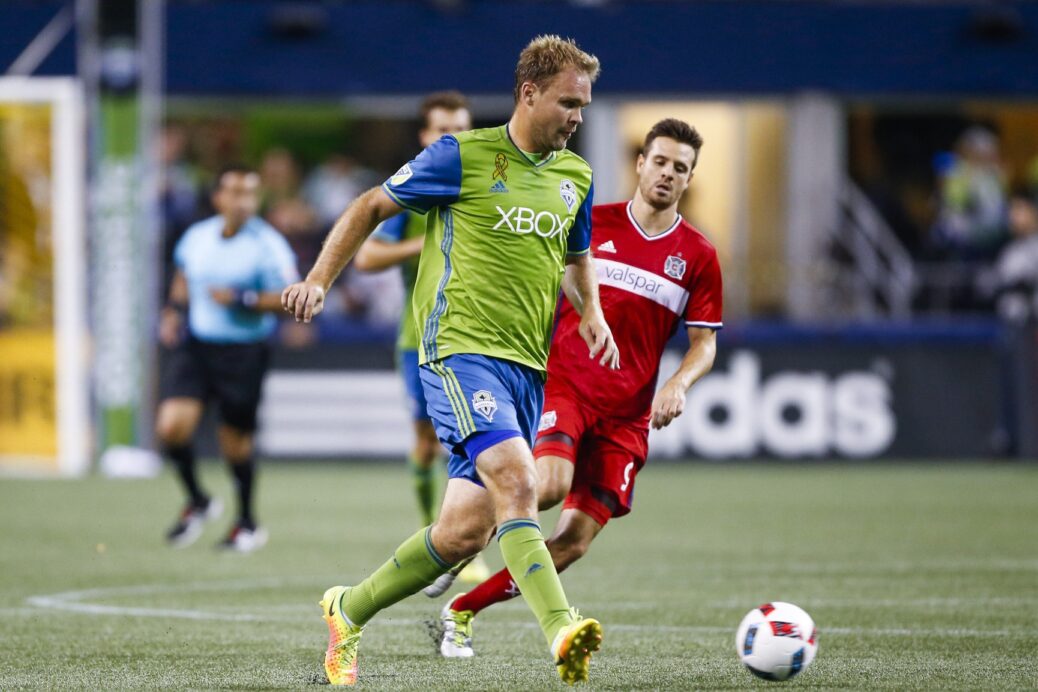 Four MLS matches were on Wednesday’s schedule, and several of the results could have major implications on the playoff picture.

The Seattle Sounders jumped above the red line via a Chad Marshall header, defeating the Chicago Fire, 1-0. The win sees the Sounders equal the Timbers on points, but the former owns the tiebreaker for sixth-place while also possessing a game in hand.

Toronto FC moved atop the Eastern Conference standings, but not in very exciting fashion. The Canadian side overcame a red card to seal a 0-0 draw with Orlando City, which was just enough to push TFC past the Red Bulls for first place in the East.

Elsewhere in the East, the Montreal Impact ended a horrible run with a vital win over the Earthquakes, while D.C. United extended the gap to four between themselves and the seventh-place New England Revolution.

Here’s a look at all of Wednesday’s MLS action:

A Chad Marshall header proved just enough to push the Seattle Sounders into a playoff position via a 1-0 win over the Chicago Fire. (READ)

The Montreal Impact halted their skid with a 3-1 victory over the San Jose Earthquakes. (READ)

Lloyd Sam, Lamar Neagle and Alvaro Saborio scored to push D.C. United to a 3-0 win over the Columbus Crew. (READ)