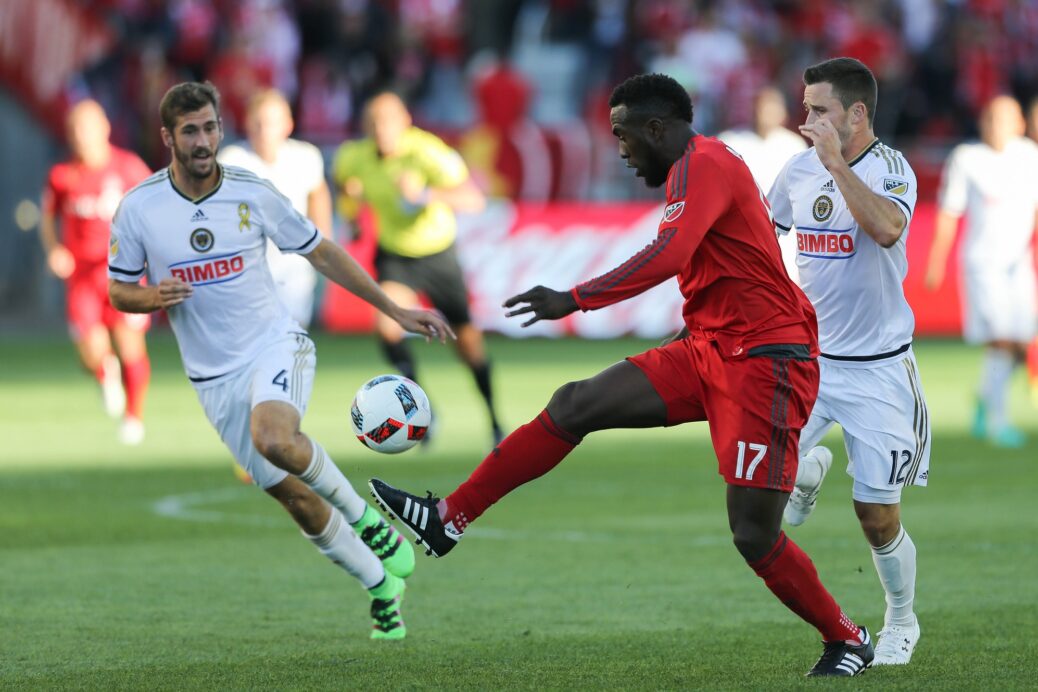 Toronto FC had a chance at booking their postseason spot on Saturday night, but the Canadian club failed to take things into their own hands in a clash with a fellow playoff contender.

Justin Morrow canceled out an Alejandro Bedoya opener, but it was not enough to earn TFC more than one point in a 1-1 draw with the Philadelphia Union at BMO Field. With the tie, Toronto FC can still finalize a postseason berth with a bit of help from either the Columbus Crew, New York Red Bulls or Orlando City, while the Union pick up a valuable point to remain in fourth place in the East.

Bedoya kickstarted the scoring in the 25th minute, giving the Union the lead with his first MLS goal. After besting an offside trap, Bedoya looked up to see Clint Irwin a bit off his line. The U.S. Men’s National Team midfielder lofted a shot up and over the TFC goalkeeper to push the Union ahead midway through the first half.

It took TFC quite awhile to find their equalizer, but it finally came in the 70th minute through Morrow. After some clever work by Jonathan Osorio, Morrow made a run into the box down the left side. Osorio played him through, leading Morrow for a shot towards the far post that slipped past Andre Blake to seal a point for TFC.

The point would not have come if not for the heroics of Irwin, who made three saves on the night. The goalkeeper made a diving stop just seven minutes into the game to prevent an early goal, while his 45th minute stop of Fabian Herbers on the doorstep prevented the Union from putting together a 2-0 lead.

Following the tie, the Union return to the field on Saturday with a visit to the New York Red Bulls, while TFC look ahead towards a midweek clash with Orlando City.

The second half was mostly Toronto FC’s, especially after the goal, but the Eastern Conference contender would have had no chance without Clint Irwin’s first half performance. In his first start since late June, the goalkeeper made a trio of vital saves, none bigger than his stop of Fabian Herbers just before halftime.

After poking and prodding throughout the second half, TFC finally broke through as Jonathan Osorio fed Justin Morrow for the equalizing goal.

Once again, Jozy Altidore was active, as he looked to continue his recent hot streak. It certainly wasn’t a bad performance from the TFC star, but the forward narrowly missed several chances that could have won his team the game.