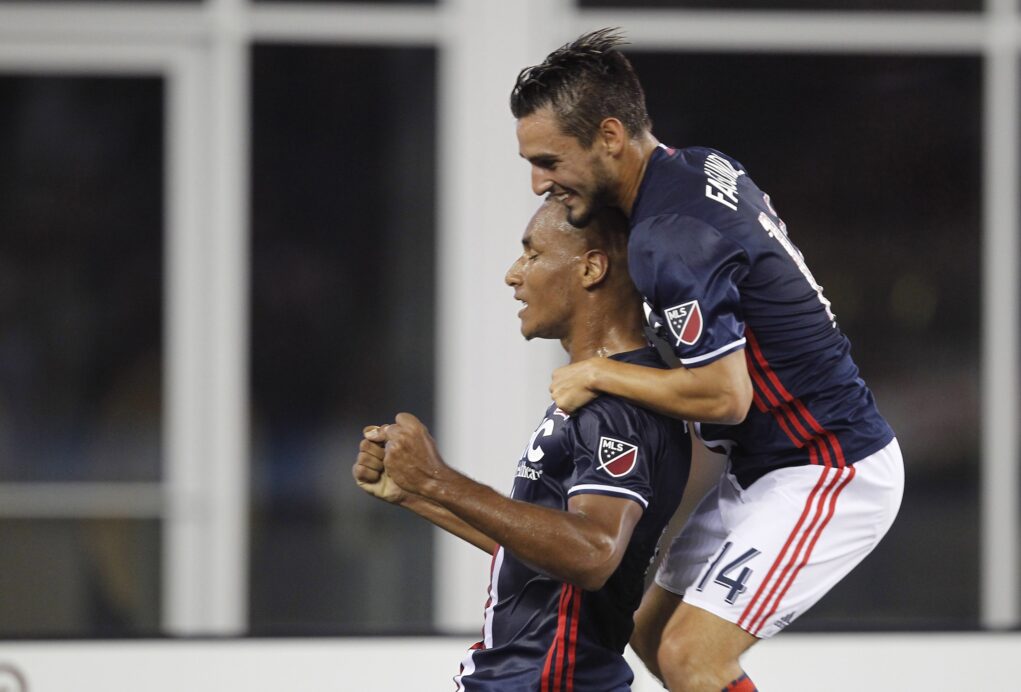 The New England Revolution locked up a big win as the playoff picture comes into focus.

A 3-1 home victory on Saturday against East leaders New York City FC boosted spirits at Gilette Stadium after a difficult run of form. The Revs’ loaded attack made its presence known in the match with goals from Juan Agudelo, Lee Nguyen and Diego Fagundez.

The scoring reinforced a dominant performance from the Revs. NYCFC had few chances to score throughout the match, save for a second half tally from Frank Lampard.

Frustration rose late on for NYCFC. Defender Federico Bravo slid in late on Gershon Koffie and was sent off in the 86th minute.

The win represents a promising rise in the Eastern Conference table for the Revolution after a period of terrible form. The Revs are now lifted to within a point of sixth-place Orlando City and jumps in front of D.C. United.

A win for the New York Red Bulls against D.C. United on Sunday would knock NYCFC out of the top spot in the East.

Next weekend, NYCFC faces a tough cross-conference test against FC Dallas at Yankee Stadium. The Revolution hit the road to face the Montreal Impact.

Recording a goal and an assist in the match, Diego Fagundez really stood on in this match. His second-half goal was well-taken from just outside the 18-yard box.

The sealer for the win was Diego Fagundez’s goal, the third for the Revs. After that, it was clear the Revolution had established control.

It was a bad match on all fronts for NYCFC, and particularly Frederic Brillant. Brillant failed to close down Juan Agudelo as a cross trickled to the back post in the first half.