USMNT vs. St. Vincent and the Grenadines: What to watch for 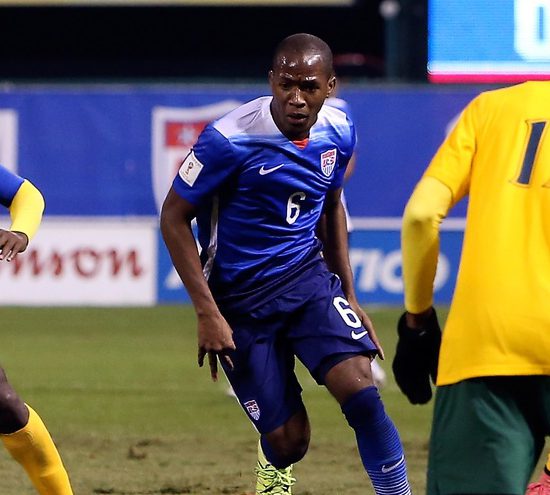 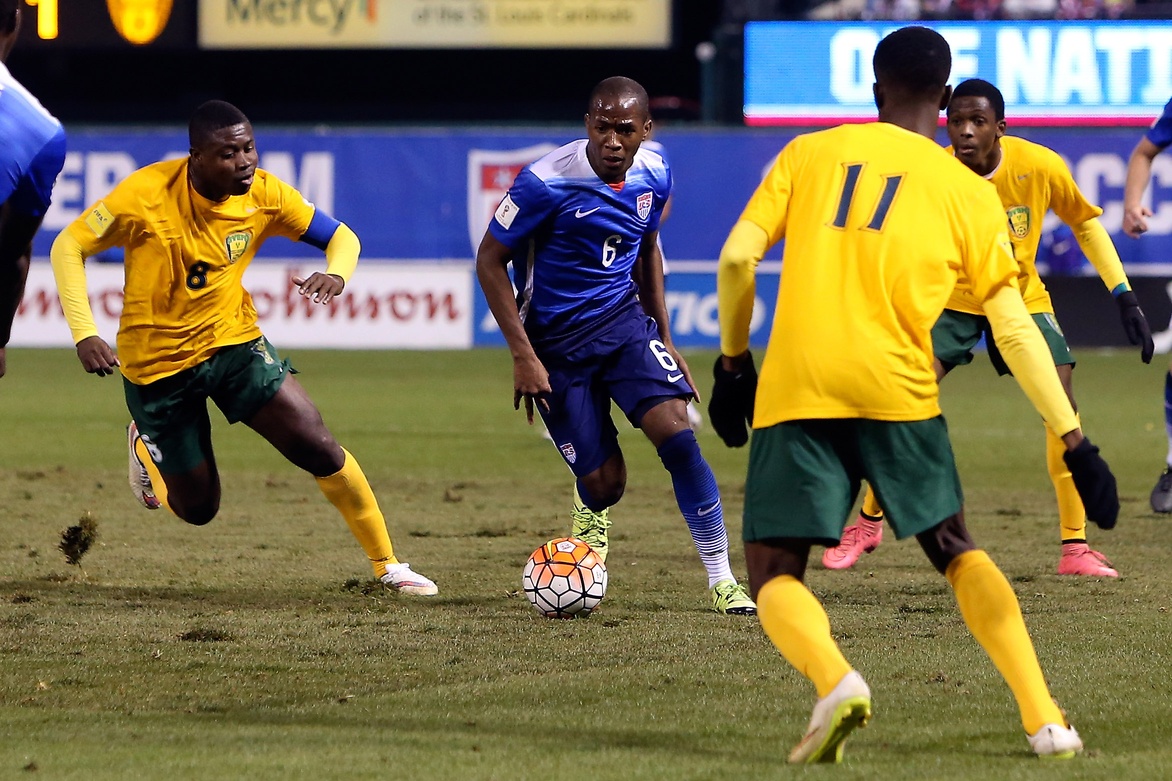 Given some of the titans that the U.S. Men’s National Team tangled with at this summer’s Copa America, it would be easy to dismiss a trip to St. Vincent & The Grenadines as little more than a nuisance. However, given what will be at stake, Friday afternoon’s clash with the small Caribbean nation will be one of the more important clashes of the World Cup qualifying cycle.

Currently second in their qualifying group, the U.S. faces a somewhat uncertain path to the Hexagonal. A win on Friday paired with a Guatemala loss will see the USMNT through, but any other combination of results will see the USMNT’s World Cup lives come down to the final matchday. It’s a less-than-ideal scenario, but one that could be put to bed with a strong performance on Friday.

It won’t be an easy task, though, even if St. Vincent & The Grenadines find themselves well outside of FIFA’s top 100. Missing leaders like Michael Bradley, Jermaine Jones and Clint Dempsey, the U.S. will rely on forward Jozy Altidore to provide from up top. Joining him will likely be an XI loaded with Copa America veterans, even if head coach Jurgen Klinsmann is known for unleashing a few surprises every now and then.

With just two games left in the qualifying stage, the U.S. needs a win on Friday in a match that should be much more difficult than it appears on paper.

Here is a closer look at what to watch for when the USMNT takes on St. Vincent & the Grenadines:

KLJESTAN BACK IN THE FOLD

For years, Sacha Kljestan was one of several players in no man’s land. Despite shining on the club level, Kljestan appeared far removed from the USMNT picture as Klinsmann tested option after option in a constantly-shifting midfield. Now, Kljestan is back in the fold for what will almost certainly be his last chance to impress in a U.S. jersey.

On the club level, Kljestan has once again emerged an elite playmaker. The New York Red Bulls midfielder leads the league with 15 assists this season, already surpassing his 14 assist total from a standout 2015 campaign. In a league littered with South American No. 10s like Mauro Diaz, Diego Valeri and Ignacio Piatti, Kljestan has likely been the best of the bunch.

Still, in Klinsmann’s eyes, Kljestan’s play has never quite translated to the international level. Previously a regular under prior USMNT manager Bob Bradley, Kljestan has been out of the national team picture since 2014, despite several solid seasons with Anderlecht and the Red Bulls.

It remains to be seen whether Kljestan has been brought in for a proper look or just to make up numbers. However, the St. Vincent & the Grenadines match could serve as an ideal showcase for the 30-year-old midfielder. Against a team that should, in theory, provide little attacking push, Kljestan could be freed to do what he does best: find open teammates in the final third. Although his defensive work has improved mightily during his MLS stay, Kljestan is at his best when he can pick apart defenses, and options like Bobby Wood and Jozy Altidore could certainly benefit from Kljestan’s vision.

Friday’s matchup is one that calls for a pure No. 10, a position not well represented in the current U.S. pool. At least for now, Kljestan could be that answer as he looks to battle his way back into a team that appeared to have left him behind years ago.

Throughout the Copa America, Michael Bradley endured equal amounts of praise and blame for USMNT peformances. Now, at least for one game, the rest of the squad will have a chance to show what they can do without him.

Bradley and Michael Orozco will miss Friday’s match due to suspension, and it’s the former’s ban that opens up a massive hole in the midfield. Throughout the Copa America, Bradley emerged in the No. 6 role, holding down the back-end of the midfield while providing from inside the USMNT half. Joining Bradley on the sidelines will likely be Jermaine Jones, who has not featured for several weeks due to injury and was promptly sent home on Wednesday for further rehabilitation.

With Bradley out, the natural replacement in that role would be Kyle Beckerman. However, the longtime Real Salt Lake star’s defensive-minded style may not be ideal given the relatively toothless attack the USMNT is set to face. Alejandro Bedoya has recently dropped a bit deeper since joining the Philadelphia Union, while Darlington Nagbe could provide an ideal partner should the USMNT stick with a more flat central pairing. In truth, Friday’s match was one teed up for Bradley to succeed in, but now the U.S. must walk the line between too attacking or too defensive. Bradley would have provided the best of both worlds and, without Danny Williams or Perry Kitchen in the mix, the U.S. faces a bit of a decision.

Klinsmann can opt for a conventional lineup featuring some combination of Bedoya, Beckerman and Graham Zusi, or offer a start to someone like Nagbe or Sacha Kljestan. Friday’s match will offer a bit of a glimpse into how Klinsmann views the midfield picture going forward as the team emerges following the conclusion of the Copa America.

SORTING THROUGH THE FORWARD POOL

In the absence of Bradley, Altidore was named USMNT captain heading into Friday’s match, all but ensuring he will be in the lineup at Arnos Vale Stadium. It’s certainly a deserved nod for the Toronto FC forward, who has scored four goals in his past five games despite playing 90 minutes only once.

With that order of business taken care of, the question remains on how Klinsmann will line his team up around him. Throughout the Copa America, Klinsmann shuffled between a standard 4-3-3 and 4-4-2 with varying success. One key cog in that system, Clint Dempsey, will be absent, while another, Bobby Wood can fit in fine with either setup.

Given his goalscoring start to the season with Hamburg, Wood should also get the nod on Friday. It’s a matchup that presents an opportunity to mature the Altidore-Wood partnership in either formation, as the Hamburg forward looks to best utilize the hold-up play Altidore provides and vise-versa. Wood and Altidore are almost certainly the two best hold-up strikers in the USMNT pool, and the duo will need to work on playing off of one another sooner rather than later.

Even if Klinsmann does opt for a 4-3-3, Wood will likely cut inside at every chance. Opting for three up top would open the door for someone like Christian Pulsic or Jordan Morris to get valuable minutes while giving the USMNT another wrinkle in a match where they will be attacking ad nauseam. While talented, the various members of the U.S. attacking pool have limited time playing with one another. Without the glue that is Dempsey’s presence, players like Altidore, Wood, Morris, Pulisic and even Rubio Rubin will need to step up a level to show they deserve a spot heading into some big matches.

For the first time in a long time, the forward pool has depth, and the key is now finding a way to manage that depth in the most efficient way possible. Throughout the next several months, Klinsmann will have to decide what forward or forwards work best in the current set-up as the U.S., in theory, marches towards Russia 2016.

CONCACAF play always provides some interesting situations, and the USMNT will have to contend with some unusual conditions in Friday night’s match.

Friday’s clash will be played at the Arnos Vale Stadium, a stadium more known for its hosting of cricket matches. Nestled right up against the Atlantic Ocean, the venue’s pitch is far from world-class. Meanwhile, the match will be played during the afternoon hours, as the facility does not possess the lighting required to host night games. Heading into the match, the tiny island nation has declared Friday a half-day holiday in an effort to rally the country behind its national team.

Such wrinkles are to be expected in CONCACAF play. The USMNT enters highly favored, as should be expected, and anything less than a win on Friday would be catastrophic. Just two of St. Vincent’s players play in Europe: one in the English sixth division and one in Finland. Two players, Oalex Anderson and Myron Samuel, are a part of the Seattle Sounders organization, while the rest of the squad is scattered throughout Caribbean leagues. Boasting a roster loaded with Premier League and Bundesliga veterans, Friday should be a business trip for the USMNT, one that should end with an easy three points.

However, past history has shown that these types of trips haven’t always been easy. One only has to look back until 2012’s near shock against Antigua and Barbuda to remember how wrong days like Friday can go. It took a 90th-minute winner from Eddie Johnson to seal a victory on that night. Meanwhile this team, as currently assembled, is only months removed from a calamitous defeat in Guatemala, one that almost derailed the team’s World Cup qualifying campaign.

Given everything at stake, the USMNT should cruise on Friday. However, the road through Arnos Vale Stadium will not be an easy one, as the U.S. will not have the luxury of sleepwalking through yet another match against a CONCACAF minnow.