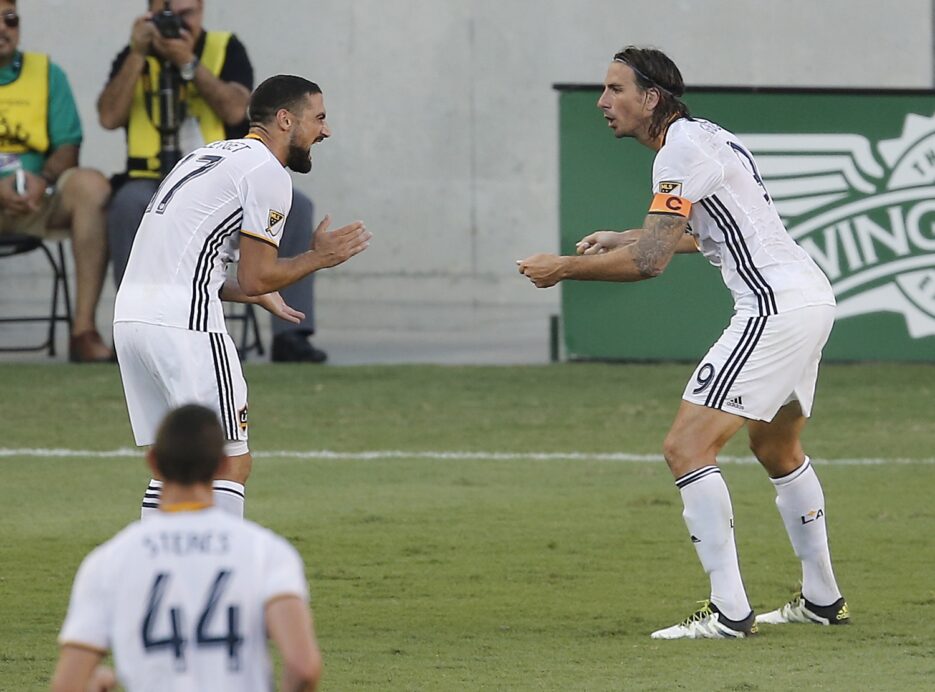 A goal from Alan Gordon lifted the LA Galaxy into a comfortable third position in the Western Conference as the Galaxy disposed of the last-place Houston Dynamo.

The 72nd minute goal from Gordon earned the Galaxy a 1-0 win over the Dynamo at BBVA Compass Stadium Sunday afternoon.

Dynamo goalkeeper Joe Willis fought off four shots from the Galaxy before Gordon came through for the winner. Gordon chased down the rebound of a shot from Mike Magee and deflected the clearance by David Horst into the goal.

The win clinches a solid playoff position for the Galaxy as the team will finish in third. Five points behind, Real Salt Lake can’t reach the Galaxy with just one game left. The Galaxy are six points behind second-place FC Dallas.

The Galaxy return home next weekend to face FC Dallas. The Dynamo face another Western Conference frontrunner in the Colorado Rapids next weekend.

As the goalscorer in this match, Alan Gordon was the difference for the Galaxy. His goal locks up the third-place position in the West.

A late goal from Alan Gordon made for the win. It broke up the stout defending from the Dynamo.

A decent defensive showing from the Dynamo was canceled out by a poor clearance from David Horst which was deflected in for the game’s only goal.