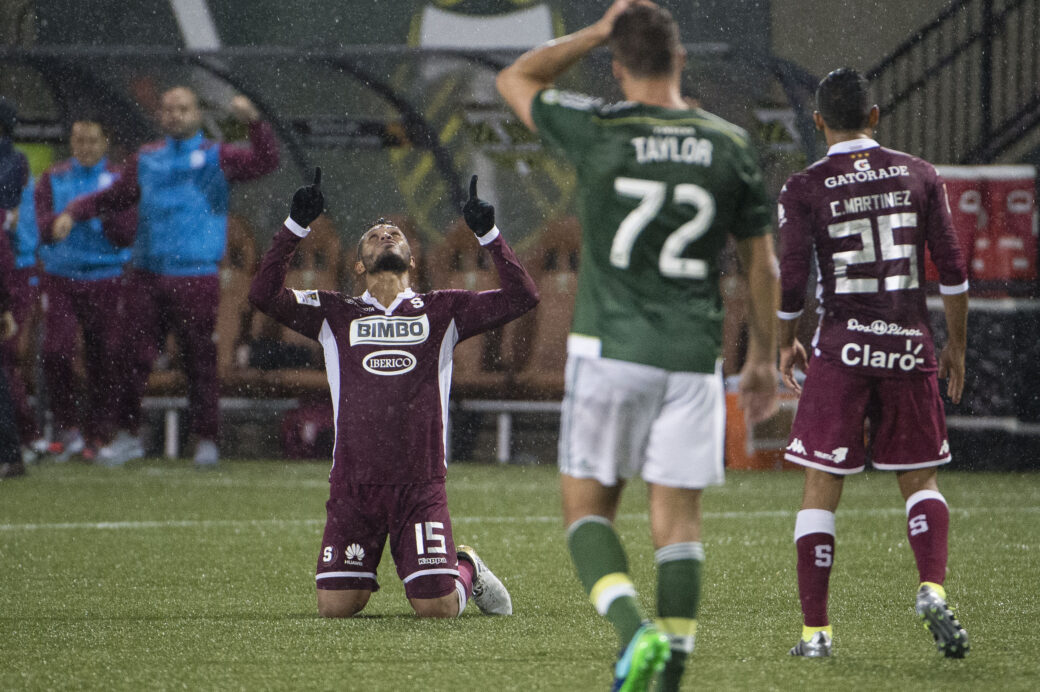 The Portland Timbers came up short in their quest to qualify for the quarterfinals of the CONCACAF Champions League on Wednesday night.

The MLS Cup champions were held to a 1-1 draw with Costa Rican side Saprissa at Providence Park. The Timbers needed a win in order to win Group B, which would have booked their spot in the quarters.

Elsewhere, Sporting Kansas City closed out its CCL campaign with a 3-1 victory over Central FC of Trinidad & Tobago. The game, however, was practically meaningless as the Vancouver Whitecaps already wrapped up Group C.

The Whitecaps secured the top seed ahead of the knockout stage after Olimpia fought back to draw 4-4 with Pachuca in the other match on Wednesday. Vancouver will likely face one of FC Dallas, Suchitepequez or the New York Red Bulls.

Here is a closer look at the action.

For the second time in their MLS history, the Portland Timbers narrowly missed out on the CCL knockout stage.

The defending MLS Cup champions drew 1-1 with Saprissa, but they were still knocked out as the Costa Ricans won Group B by a one-point margin. It was the second time the Timbers were eliminated in the final round of the group stage, having missed out on the 2014-15 quarterfinals due to Olimpia owning the tiebreaker.

Saprissa opened the scoring in the 24th minute through Rolando Blackburn’s header off a Hansell Arauz cross. The Timbers fought back valiantly in the first half, but could not find an equalizer. Eventually, Jack McInerney struck in the 57th minute to pull the hosts level. The Costa Rican giants managed to hold on after that, securing their spot in the quarterfinals.

SPORTING KANSAS CITY CLOSES OUT CCL CAMPAIGN ON A HIGH

Sporting Kansas City had nothing left to play for in CCL, but it picked up a morale-boosting 3-1 win over Trindadian side Central FC.

Cameron Porter scored his first goal for SKC in all competitions after Central FC’s Jem Gordon struck right before halftime. Nineteen-year-old academy graduate Nansel Selbol, who has spent the entire year with Swope Park Rangers in the USL, gave Sporting the lead just six minutes later. Connor Hallisey added the third goal of the night after converting a penalty in second-half stoppage time.

All three players scored their first goals for the club in the victory, which should give the team a boost the final weekend of the MLS season.