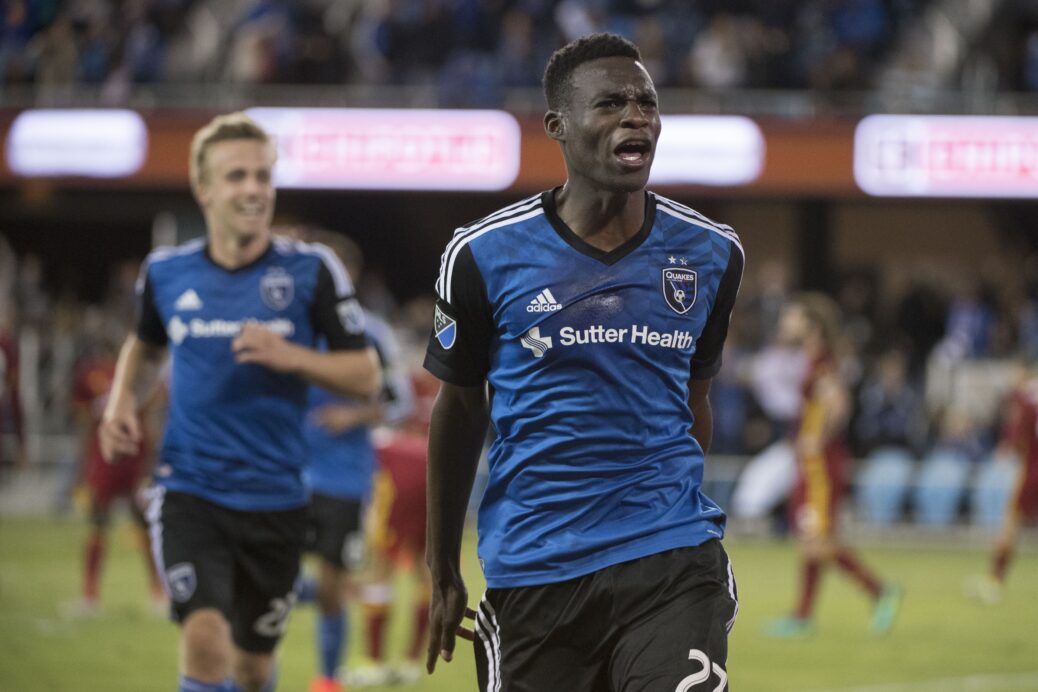 The San Jose Earthquakes kept their playoff hopes alive on Saturday while also forcing Real Salt Lake to wait for their chance to clinch.

A 72nd goal from Fatai Alashe proved the difference on Saturday night as the Earthquakes topped RSL, 2-1, at Avaya Stadium. The win moves keep the Earthquakes’ slim playoff hopes alive as they trail the Sounders by four points despite two extra games, while RSL could have clinched a postseason spot with a win.

Alashe’s goal came via a Shea Salina free kick. The ball into the box landed right on Alashe’s head, and the looping header soared just outside the reach of Nick Rimando, who could get little more than a finger on what proved to be the game-winner.

Simon Dawkins scored the game’s opener on a beautiful sequence. After exchanging backheels with Chris Wondolowski, Dawkins unleashed a shot from outside the box, leaving Rimando helpless as the Quakes took the lead in the 34th minute.

Just six minutes later, Justen Glad fired RSL back. The young defender pounced on a loose ball in the box and saw his ensuing shot hit the post. Fortunately for him, the ball banked right off David Bingham and in for the equalizing goal.

It wouldn’t be enough, as the Earthquakes now face a must-win situation against the Colorado Rapids on October 13 while RSL can clinch a spot faces Sporting KC three days later.

While both goalkeepers stood tall with multiple saves, David Bingham out-dueled a fellow U.S. Men’s National Team shotstopper by making for big saves on the night.

Fatai Alashe’s goal proved the difference, as it was a finish that kept the Earthquakes alive for the time being.

Juan Manuel ‘Burrito’ Martinez just wasn’t quite on his game on Sunday, and it showed in the loss.