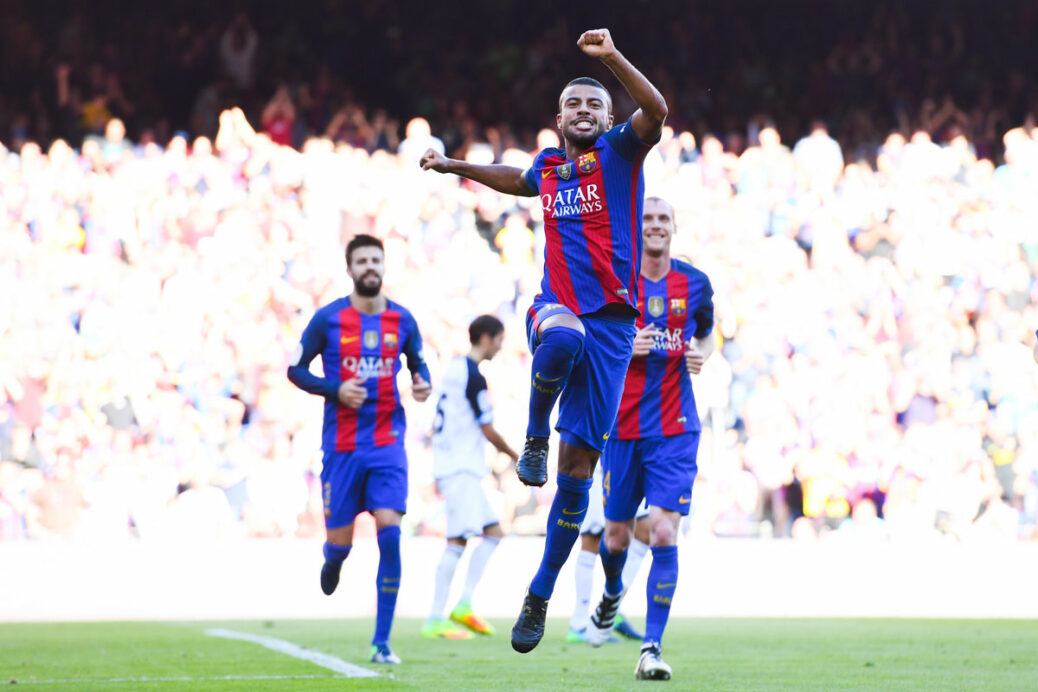 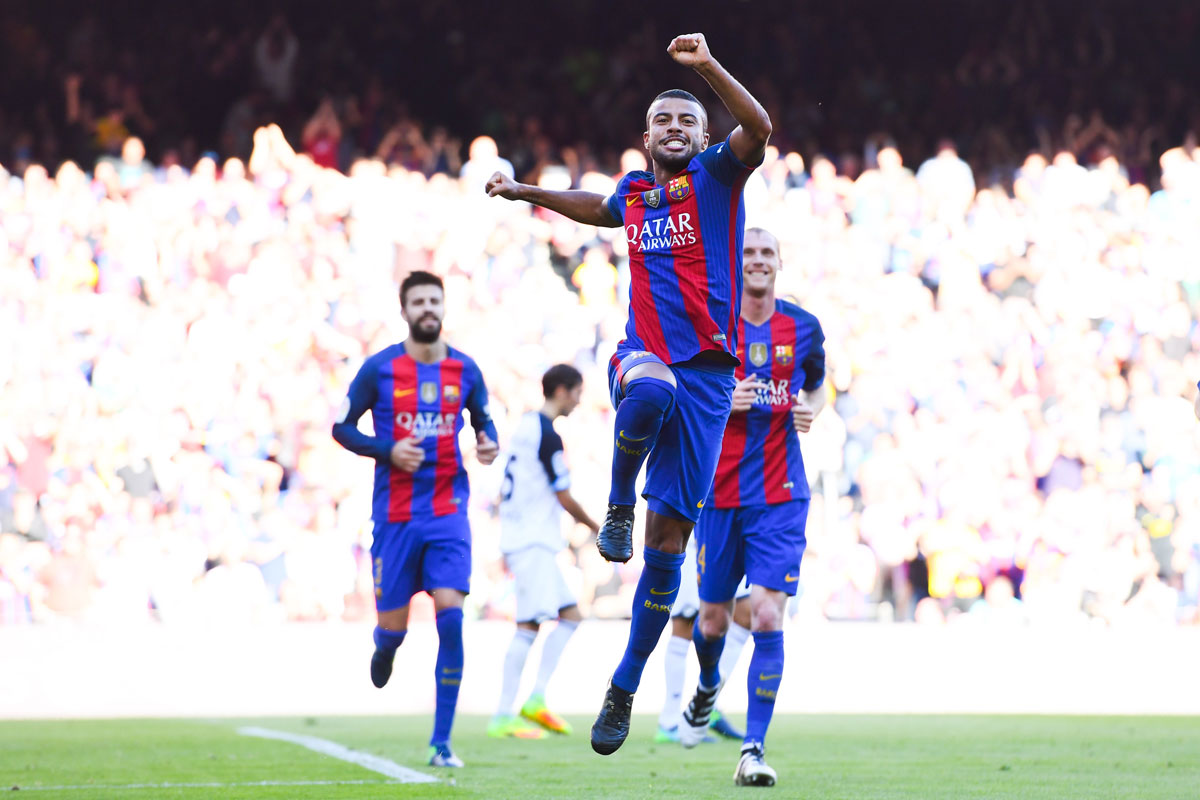 Saturday saw a setback in the Premier League debut of former U.S. Men’s National Team coach Bob Bradley, whose Swansea City team fell at the Emirates against Arsenal. Meanwhile, both Chelsea and Everton had impressive showings against top opposition while Bournemouth proved the unlikely big winner of the weekend.

In Spain and Germany, the big clubs had a tale of two leagues. Bayern Munich continued to flutter via a draw while the Spanish trio of Barcelona, Real Madrid, and Atletico Madrid romped.

French side OGC Nice continued their impressive run to start the season and got a helping hand from Toulouse to stay ahead of Monaco and Paris Saint-Germain at the top of the French first division.

Here are the highlights from this weekend across Europe.

While not the most sexy of match ups, all soccer eyes in the United States this weekend were on Bob Bradley as he made his Premier League managerial debut with Swansea City. Bradley, who has become the first American to manage in Europe’s five top leagues, had to witness the horror show that is the Swans backline. While Arsenal were given space to create in front of the Swansea net, the City attackers showed fight for their new manager. They fought back from 2-0 and 3-1 down to no avail, as Arsenal took the match 3-2 at the Emirates.

Pep Guardiola’s Manchester City welcomed old friend Ronald Koeman and his Everton side to the Etihad on Saturday. The Citizens were gifted two spot kicks by Everton, but Toffees goal-keeper Maarten Stekelenburg saved both Sergio Aguero and Kevin De Bruyne’s penalty attempts. Everton were able to open the scoring late in the second half on a Romelu Lukaku goal, but Nolito’s header split the points at the Etihad.

Chelsea ran rampant against Leicester City at Stamford Bridge as the hosts defeated the defending champions, 3-0. Victor Moses had a match to remember, controlling the midfield and even adding Chelsea’s third before doing backflips in celebration. Earlier in the match both Eden Hazard and Diego Costa scored and celebrated in a tribute to Brazilian teammate Willian, who is in Brazil grieving the death of his mother.

The big boys showed up this weekend in La Liga after a few weeks of disappointment. Barcelona welcomed back Leo Messi to the pitch in a convincing 4-0 win at the Camp Not over Deportivo. Rafinha netted twice while Luis Suarez also hit the mark. It took Messi only minutes to score Barcelona’s fourth as the Argentine made his return of the bench in the second half.

Atletico Madrid continued to keep pace with Real and Barcelona with a 7-1 thumping of Granada at the Vincente Calderon. Yannick Carrasco scored a hat-trick, Nico Gatian had a brace, and Angel Corea and Thiago also scored to bring misery to bottom dwellers Granada. Granada actually led early on through Cuenca López, but the lowly defense gave up seven unanswered in the Spanish capitol.

After four consecutive draws, Zinadine Zidane’s Real Madrid returned to form with a fine performance against Real Betis. Isco scored a double while Marcelo, Raphael Varane, Karim Benezema, and Crisitano Ronaldo all added goals of their own to give Los Blancos a 6-1 victory on the road. Real are tied at the top of the La Liga standings with city rivals Atletico on 18 points.

Bundesliga leaders Bayern Munich drew for the second straight match 2-2 against 10-man Eintracht Frankfurt. Bayern led twice in the match, as both Arjen Robben and Joshua Kimmich got on the scoresheet for the defending champions. Frankfurt were able to equalize twice, one through Szabolcs Huszti, who would be sent off in the 65th minute, and a second equalizer from Marco Fabian. Bayern are still leaders both hold only a slender margin of two points at the top of the table.

FC Koln kept second in the league with a 2-1 victory over Ingolstadt. Anthony Modeste had an eleven minute first half brace for the hosts, who had a two goal advantage before Lukas Hinterseer’s spot kick gave the visitors a consolation goal. Koln’s victory puts them only two points behind Bayern at the top of the table.

Borussia Dortmund and Hertha Berlin played to a 1-1 draw on Friday evening. In a match with two red cards and a missed penalty, Hertha were able to keep in front of Dortmund in the standings, as the clubs are now third and fourth, respectively. Valentin Stocker scored in the opening minutes of the second half to give the visitors the lead before Pierre-Emerick Aubameyang got redemption for a missed penalty and knotted the match in the 80th minute.

Edin Dzeko’s double led AS Roma to a 3-1 victory over Napoli on Saturday. The former Manchester City striker now has a league high seven goals this campaign, propelling his side to second in the league table. Napoli failed to show much on the attack in the ‘Derby del Sole,’ as their only goal came from a defender, Kalidou Koulibaly.

Juventus continue their run atop the table with a 2-1 victory over Udinese. Paulo Dybala scored twice to erase an early lead from the visitors, letting Juventus go five points clear at the top of the table ahead of second place Roma. Juventus play in France against Lyon Tuesday in the Champions League, a fixture that will allow the Old Lady to test themselves against better competition.

PSG continued to improve on their sluggish start to the season with a 2-1 victory away at Nancy. Lucas Moura and Edison Cavani scored for the Parisians, allowing PSG to pass Monaco into second in the league table. Alou Diarra was able to get a goal on his Nancy debut in the 55th minute, but it was not enough to give the hosts a point.

Both OGC Nice and AS Monaco played under the lights on Friday night, but it was a tale of two different stories.

Nice continued their great start to the new campaign with a 2-0 victory against Lyon at home, giving Nice a four point lead at the top of the table. Captain Paul Baysse and Jean-Michael Seri’s goals were enough to give Nice all three points.

Toulouse helped Nice out by coming back from 1-0 down to a 3-1 victory. Toulouse scored two late goals to get a famous victory against a hot Monaco side. Braithwaite’s brace helped Braithwaite reach fourth in the league.